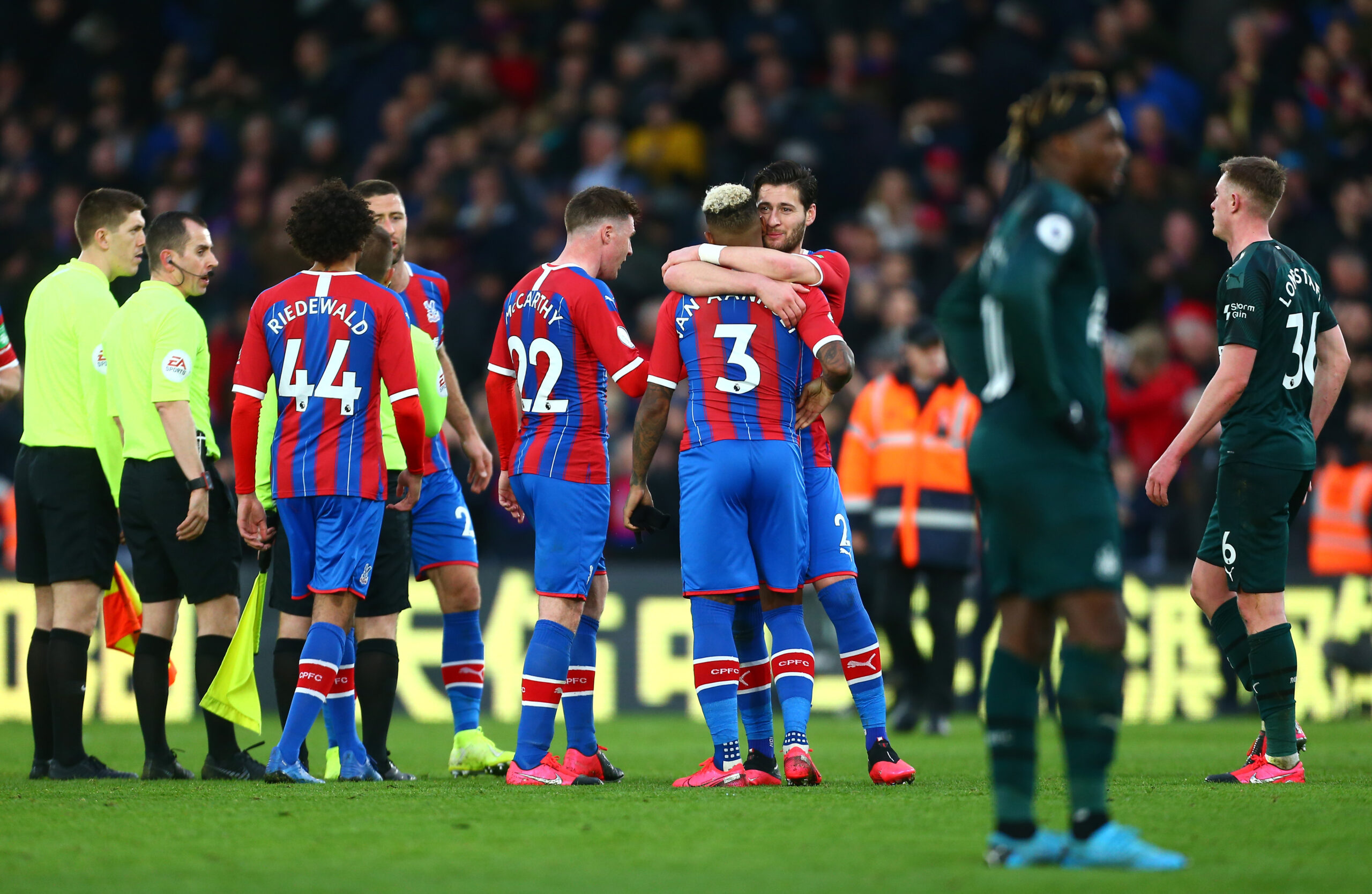 Crystal Palace beat Newcastle United 1-0 on Saturday to secure their first win of 2020 and leapfrog their opponents to 13th in the Premier League table.

It also ended a run of three consecutive defeats for the Eagles as they got their season back on track after a rocky period which could have seen them drawn into the relegation chaos. While it may have ended 1-0, the game was rarely out of the hosts’ control and Patrick van Aanholt fired a scorching free-kick past Martin Dubravka to ensure the home side moved to 33 points this season.

Time for a change

After the game Newcastle United manager Steve Bruce admitted that it might be time to alter his tactics, saying: “We didn’t ask questions, maybe it is time for a change – we have to score to win a game.” It is an issue Newcastle have struggled with all season, and after going goalless for the third successive match, Newcastle become the divisions, joint-lowest scorers, on 24 goals, and Bruce has to consider a reshuffle. While their defensive solidity is unquestionable and has gotten them to 31 points from 27 games, it has become increasingly clear of late that their inability to score is holding Newcastle back.

The Magpies manager appeared to identify what he believes is the solution to the problem, saying: “Strikers need service, we don’t cross the ball enough.” Indeed, Bruce is correct in saying the Magpies don’t create crossing opportunities, as only Norwich City and Crystal Palace, 333 and 410 respectively, have attempted fewer crosses than Newcastle’s 414.

However, only Sebastien Haller, 181, has won more aerial duels than Joelinton’s 149, in the top-flight so far this term. It appears despite his prominent ability in the air Newcastle are not capitalising on their strikers’ capabilities in attacking scenarios.

By striking his free-kick over the wall and out of Dubravka’s reach, van Aanholt became Crystal Palace’s highest-scoring defender in Premier League history on 13 goals. While Newcastle’s goalkeeper had made superb saves to prevent Gary Cahill and Scott Dann, the man whose Palace record was overtaken by the Dutchman, he was helpless to stop the dead ball from sailing past him.

The goal drew Palace level with their visitors in becoming the Premier League’s joint-lowest scorers, but much like Newcastle, they have benefitted greatly from their defenders scoring contributions.

Foundations for Hodgson to build upon

After finally securing a first victory of the new decade, Roy Hodgson can look to build upon this performance as he aims to make the Eagles mathematically safe in the Premier League once more. After soaring to dizzying heights at the start of the season, the turn of the year was a real crash back to earth in south London.

Now that they have levelled out and gotten back to winning ways, the former England manager can rest assured that their fight for survival is nearing its conclusion. Should he be successful in ensuring Palace feature in their eighth consecutive top-flight season, Hodgson can look to attempt to eclipse their record point haul of 49 in 2018/19.