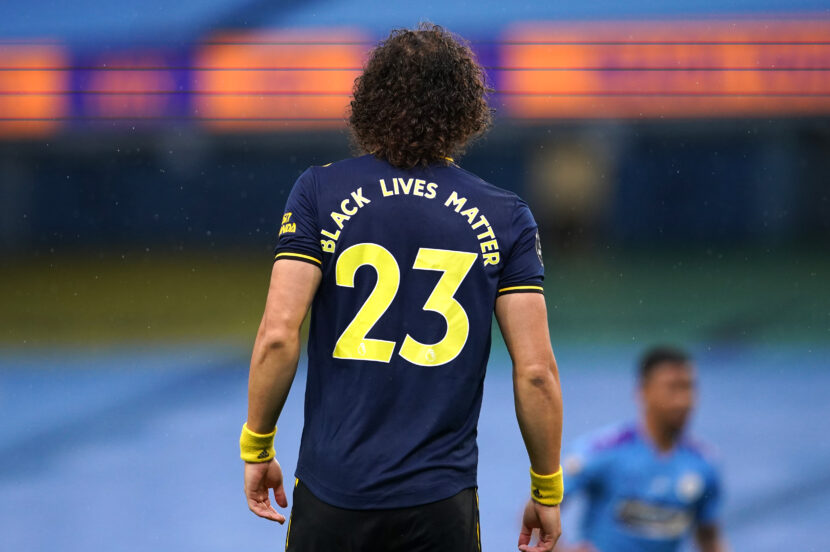 It’s fair to say one of the biggest talking points of Wednesday night’s return of top-flight football was the rather shambolic efforts produced by the familiar face of David Luiz while Arsenal faced Manchester City at the Etihad.

Forced into action due to a first-half injury to Pablo Mari, David Luiz made a couple of result-defining errors that effectively led to Manchester City making light work of their first match of the restart. Just before half time, the centre-back made hard work of what should have been a very straightforward interception, with the ball glancing off his thigh, setting Raheem Sterling up for the opener.

As if that wasn’t enough, the Brazilian gave away a penalty and received a red card for his troubles within five minutes of the restart, allowing us to brand Wednesday’s performance as possibly his worst ever. However, is it completely fair to judge anyone’s performance after such a long time away from proper training routines, physio and perhaps most importantly competitive matches?

It’s not a revelation to say that David Luiz has been a loose cannon at Arsenal since he joined, often deemed as a liability in the backline. The 33-year-old is way past his best, but it was rather astonishing to see such a rapid capitulation on Wednesday. However, after such an unprecedented period of time without football, it’s likely that his performance may have been slightly improved if he were not so rusty from lack of game time.

But what does the future hold for Arsenal’s centre-back now? Head coach Mikel Arteta decided to bench Luiz before the game but perhaps he was better off keeping him away from the squad altogether, especially since the Brazilian himself took sole blame for the defeat, implying he made the wrong decision to play.

However, it might not be the end for David Luiz at Arsenal, with Arteta perhaps not so willing to let the veteran’s Premier League career fizzle out. It seems the boss may have some sympathy for Luiz given the nature of the ‘return to work’ for football players.

And after a thumping at the Etihad on Wednesday night, things didn’t get any easier for Arteta’s side as they were victim to a remarkable comeback by Graham Potter’s Brighton & Hove Albion, adding insult to injury as the Gunners commenced their return to top-flight action with two consecutive losses; Luiz’s absence from first-team affairs pailing in comparison to the wider and greater issues that this Arsenal side face as they bid to qualify for Europe ahead of the 2020/21 campaign.

Arsenal fans are likely to be unsympathetic to Luiz’s as Arsenal’s backline continue to demonstrate that they are in dire need of improvement in one form or another, and the enigmatic Brazilian simply doesn’t fit the bill. The 1st July is the next possible date we could see a feature from the defender after he plays out his suspension, however there is certainly no guarantee we will see Luiz play again for the Gunners in the short remainder of the 2019/20 Premier League season.