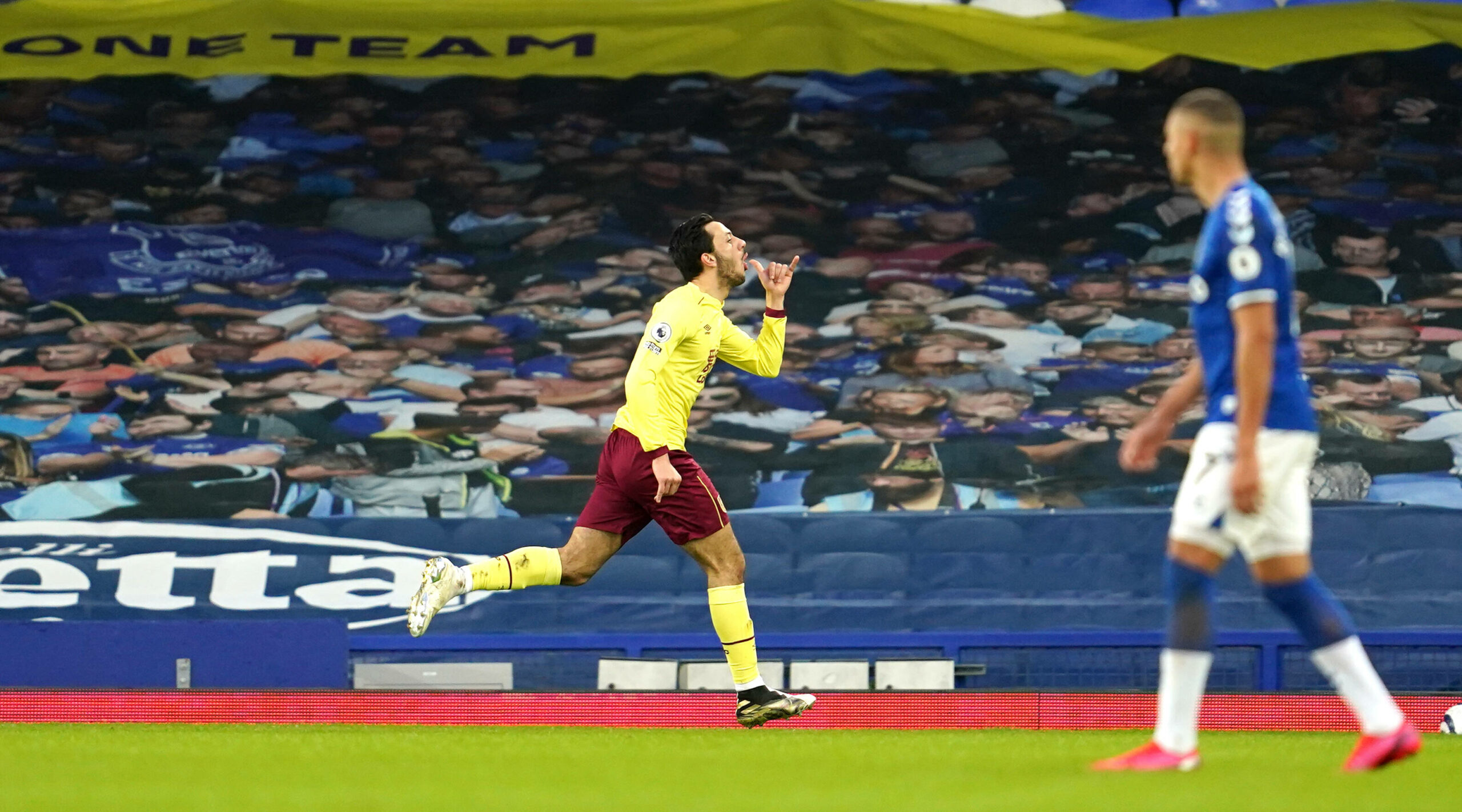 As the ball was moved infield during the game between Everton and Burnley, Allan charged out to intercept the ball before Dwight McNeil. McNeil beat him to the ball, turned him inside out and opened up his body to then curl an inch-perfect shot into the top corner.

The goal was just part of a fantastic individual performance from McNeil. Particularly during the first 45 minutes, he was at the heart of everything Burnley did as they ran out 2-1 winners over Everton.

McNeil may only be 21 years old, but he has already made 87 appearances in the Premier League and has been a key player for Burnley since the 2018/19 season. McNeil’s fine form has seen him named in the England Under-21s squad for the European Under-21 Championships in another key moment in his burgeoning career.

Sean Dyche demands relentless work off the ball and defensive discipline from every member of his team, and this can understandably set a limit on McNeil’s attacking instincts.  However, the trade-off is he is unusually hardworking, mature and disciplined for a 21-year-old. His understanding of the game has impressed everyone within the Burnley coaching staff.

His ability on the ball is without question; as his wondergoal against Everton demonstrates. His ability to drive at defenders one on one and cut in on his left foot is fundamental to Burnley’s attack, and this season has also seen him make significant developments with his ability to press the opposition as well as his overall tactical awareness.

How can he improve?

McNeil’s next step in his development is to add more goals and assists to his game. This is easier said than done given the style Sean Dyche prefers to use as McNeil is often involved in possession play too deep to consistently threaten the opposition goal.

However, he is being encouraged to shoot more often and get into positions further up the pitch by his teammates and manager, which should help him improve the two goals he has registered so far in this campaign.

However, his wondergoal has thrust the spotlight on the talented 21-year-old, and a move to larger club seems inevitable. Should McNeil make a move to a club that plays a more expansive brand of football, then we should see him register far more goals and assists than he currently is, and his game can develop to the next level.