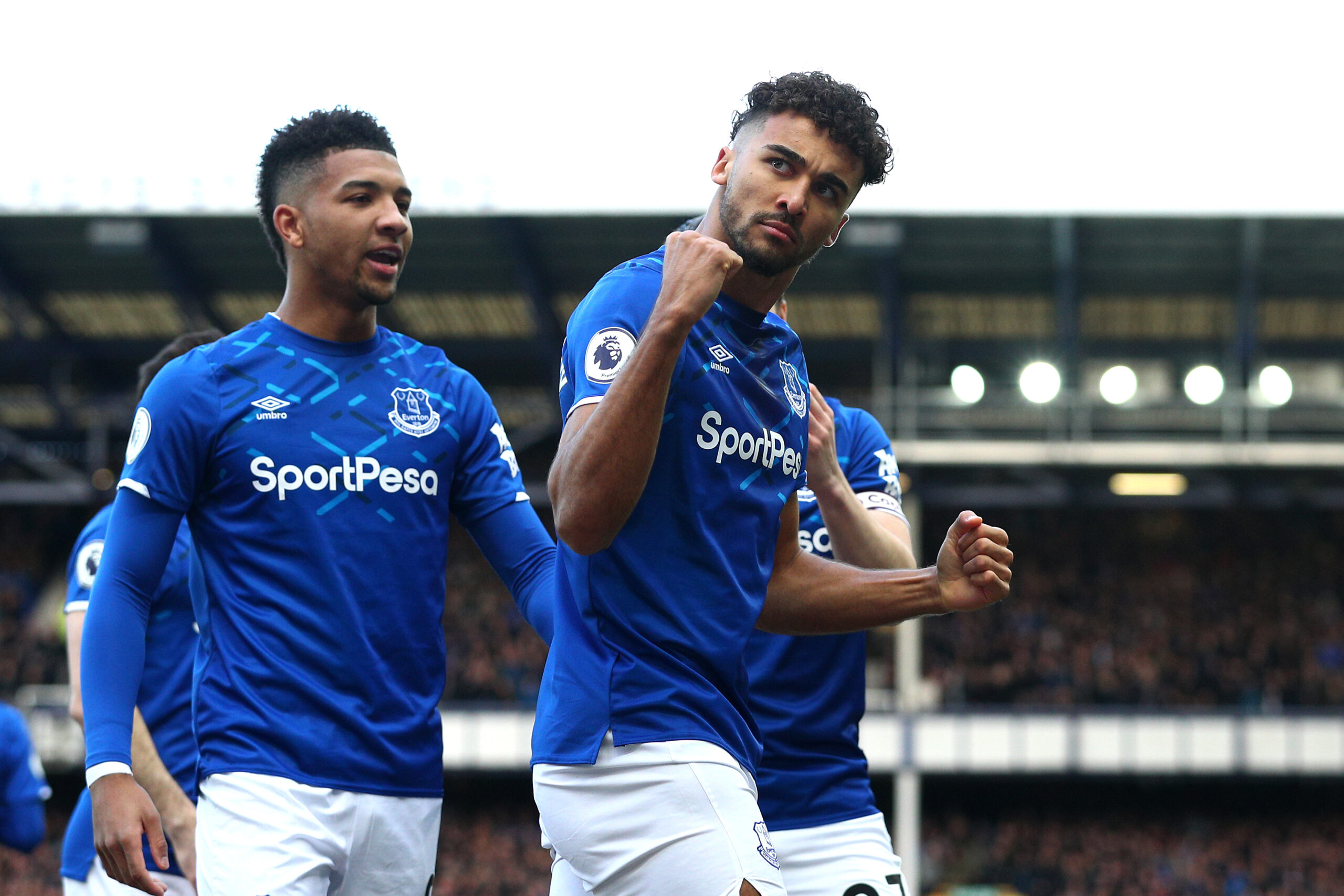 Manchester United moved back into the last Champions League spot (if City’s ban is upheld) after a chaotic draw at Goodison Park on Sunday.

By the end, Everton were good value for a point after a first half in which the away team dominated. The hosts went ahead in bizarre fashion as goalkeeper David de Gea pondered on a kick out for too long allowing Dominic Calvert Lewin to charge down the kick and ricochet the ball into the net for a third-minute lead. Calvert Lewin nearly doubled the lead soon after but saw his effort tipped wide by de Gea to keep the score at 1-0.

From there though Everton faded as Manchester United grew into it as Nemanja Matic thudded a shot against the bar. It seemed only a matter of time before Everton conceded but they would be apoplectic at the way they did so. A goal kick was taken short and possession easily squandered by Sidibe to Matic who fed a quick pass into Bruno Fernandes. Fernandes let the ball run through him with the confidence of a slick midfield operator before unleashing a swerving, dipping shot into the back of the net. In truth, Pickford should have done a lot better, as fresh scrutiny lands at the feet of the England goalkeeper.

The second half saw Everton recover somewhat but they only came close to going ahead once as Sigurdsson hit the post. The visitors by that point had faded away and were thankful to a masterful Harry Maguire performance. They should, however, have gone ahead in the last minute as chaos ensued at the climax. Bruno Fernandes should have scored a second but proceeded only to topspin a looping shot at Pickford, who could barely paw the ball away; it landed at the feet of Ighalo who poked the ball towards goal only for the great reactions of Pickford to deny him.

In stoppage time it was David de Gea’s turn to redeem himself as Sigurdsson was put through and poked unconvincingly from five yards only for a superb save by de Gea’s foot landed at Calvert Lewin’s feet who drilled a shot towards goal which was deflected by Harry Maguire and into the back of the net. The Goodison bedlam died down after a VAR check judged the prone Sigurdsson to have been in de Gea’s line of vision as the shot came in.

This lead to a confrontation of referee Chris Kavanagh by Carlo Ancellotti and in truth the Italian looked only to be asking for an explanation only to be pettily sent off by the referee who showed his first bit of authority on the game after it had ended.

The point leaves Ancellotti and his side in 11th but only five points off the United in fifth. Everton face Chelsea next week and will fancy their chances of cutting the gap against a flakey Chelsea side whilst Manchester United hold onto that fifth spot on goal difference over Wolverhampton Wanderers before hosting Manchester City in next Sunday’s derby game.

Calamity keepers under the spotlight

With both Everton and Manchester United looking for Champions League football and with Euro 2020 three months away, both Jordan Pickford and David de Gea will feel under immense pressure after this game featuring the best and worst of both of them.

Pickford is having an increasingly patchy season and will not feel any better after letting Fernandes’ long-range shot through his despairing dive. With Dean Henderson and Nick Pope in superb form for Sheffield United and Burnley, Pickford must be under serious threat for his Euro 2020 spot. It may only be the proximity to the tournament and Pickford’s experience that sees him keep his place.

If Pickford is in need of a run of form, David de Gea must be in the last chance saloon. De Gea hasn’t been the same since the club sacked his goalkeeping coach and installed one of Ole Gunnar Solskjaer’s immense team of experts to replace him. That being said, de Gea is a long way from the level that saw him be arguably the club’s best-ever goalkeeper and the downgrade to Dean Henderson is diminishing week by week.

Both keepers have now made seven errors directly leading to a goal since the start of last season which is a league-high and one suspects if that gets any closer to double figures by the seasons end, both may find themselves elsewhere by the summer.

Uncontroversial controversy as VAR comes to the rescue

The sight of Ancellotti racing onto the pitch in protest at the disallowed goal was bizarre. There has never been any iteration of the offside law where a striker was allowed to sit still in the six-yard box in front of the goalkeeper as the ball rolled past him into the goal. The only mystery was why the onfield officials allowed the goal to stand.

Gareth Southgate was present at Goodison Park on Sunday and if he has found a new goalkeeper issue he may have also have found a solution to his striker crisis. With both Kane and Rashford injured, Calvert-Lewin must be in pole position to lead the line at Euro 2020. The youngster now has 15 goals this season and his hard running, hard-working style with intelligent darts would easily combine with Raheem Sterling and Jadon Sancho in a fluid, modern, interchangeable front three.

The Portuguese playmaker has hit the ground running in a United shirt and already looks easily their most important player. Fernandes scored equaliser, and led the team in shots (six), passes (59), and tackles (four) and everything seems to go through the new signing already. As players like Martial, Rashford and James get used to his style, confidence and risk-taking swagger, there could be some real rewards for the United front line.

The last two games will have shown just how much work Ancellotti has to do to get Everton competing for European places and trophies. A thrilling 3-2 defeat last week to Arsenal and this draw with Manchester United leaves Everton in 11th but with the appointment of Ancellotti has raised expectations somewhat.

The question remains though, Richarlison and Calvert Lewin aside, who of this team would be top four worthy? And if Ancellotti isn’t given serious money to spend, where can this seemingly odd combination genuinely aspire to?