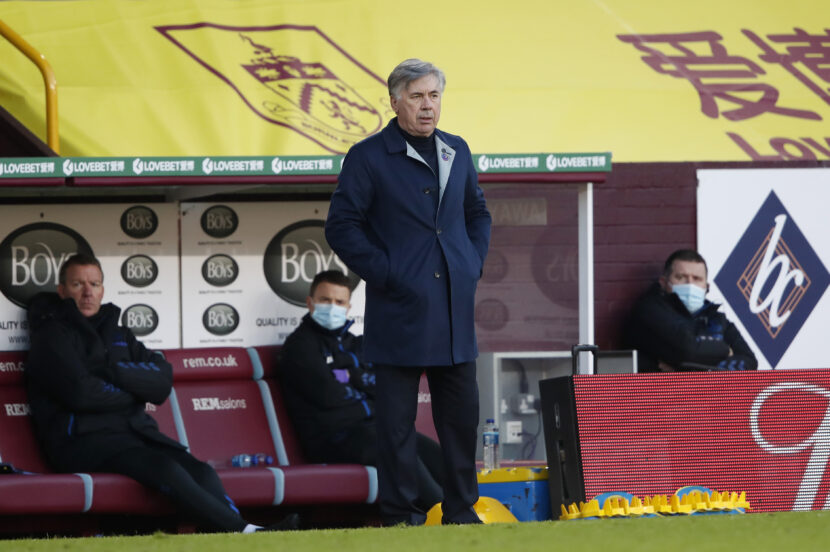 Carlo Ancelotti will welcome Frank Lampard and his men to Goodison Park in what promises to be an exciting encounter.

With three losses in their last five games, the Toffees will be hoping to turn the corner soon and emulate some of their early-season form. A 1-1 draw at Turf Moor last time out was less than pleasing for Ancelotti whose side had some good chances but were denied by some good defending and goalkeeping.

While Dominic Calvert-Lewin continues to tick along with his goal tally, his team’s attacking prowess and chance creation have dropped down drastically since the first five weeks. To add to their creativity woes, their defence has been pretty abysmal as well, mainly due to fullback injury issues and constant goalkeeping errors from Jordan Pickford.

Frank Lampard will be a happy man with four wins and a draw from his last five games in the Premier League. His side are 3rd in the table, looking good in attack and defence. The addition of Thiago Silva, Mendy and Chilwell at the back have really solidified their defence. To add to that, even with sporadic injury issues to the likes of Pulisic and Ziyech, others have stepped in and ensured that there are no concerns in the goal-scoring department. The away side will be hoping for another win to continue this great run.

The home side will try and provide better service to Calvert-Lewin but with their first team full-backs and James Rodriguez out due to injury, it will be easier said than done. The Blues will be looking to capitalise on their opponent’s poor form and target the flanks which will have stopgap replacements due to injury.

Seamus Coleman, Lucas Digne and James Rodriguez are all ruled out due to injury. They join long term absentee, Gbamin, on the sidelines. Fabian Delph who suffered a knock last week, looks set for another spell on the sidelines.

Hakim Ziyech and Callum Hudson-Odoi have both been ruled out for this clash and are expected to be back in a couple of weeks. Olivier Giroud has shown some great form lately and looks to have nailed down a starting spot over Tammy Abraham.

Chelsea are in great form and should have enough firepower to blow the Toffees away.