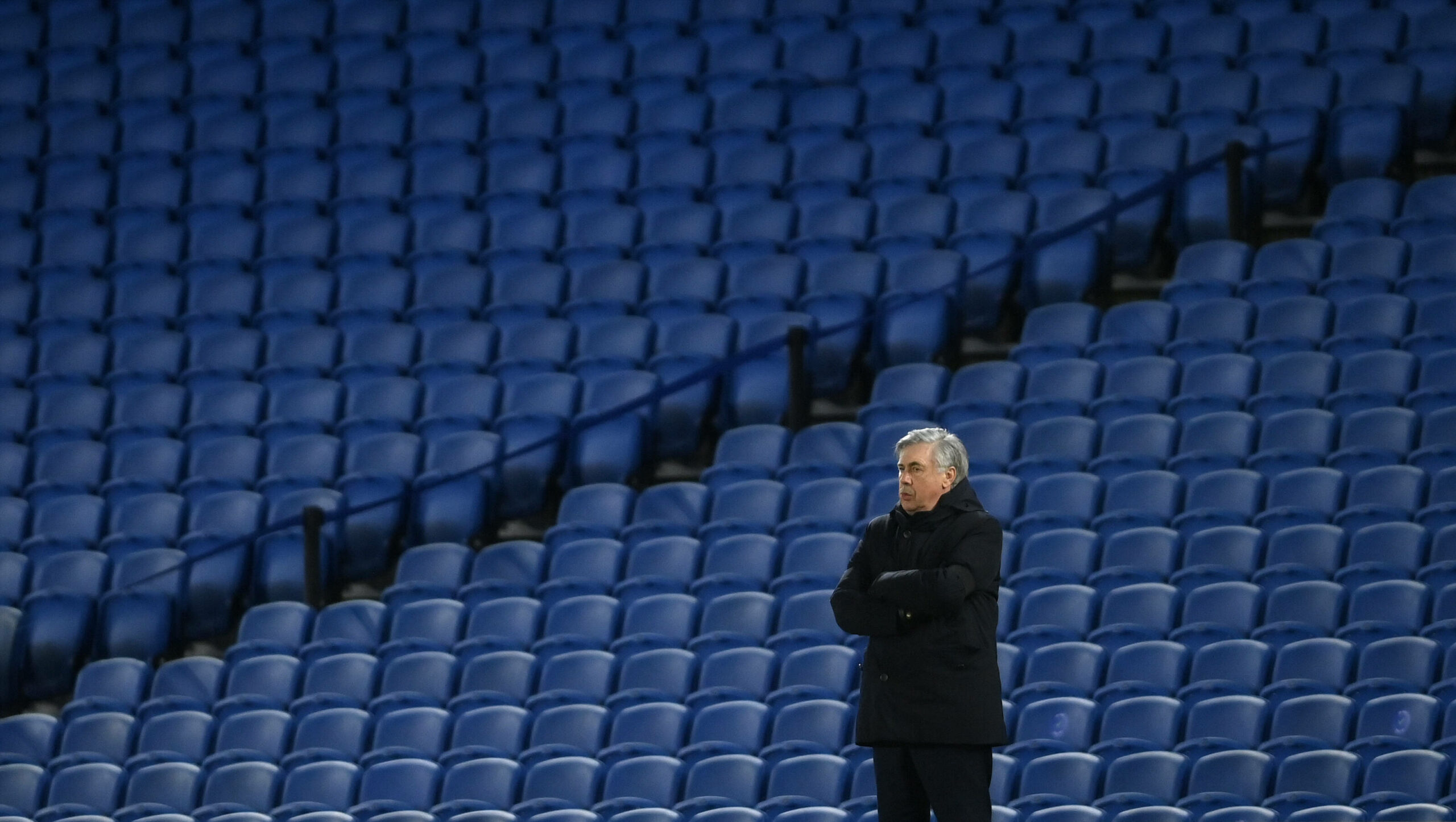 This week’s Friday night football consists of Everton against Tottenham, granting the Toffees a chance to leapfrog the Lilywhites.

Everton themselves are certainly in the running for a top-four finish, since they have a game in hand on everyone above them in the table. Beating Spurs on Friday evening will bring them to within four points of the Champions League spots with seven matches still to play. However, the Toffees will need to restart their winning ways, having now gone four matches without a victory.

The 0-0 draw on Monday ended up being a better result for Everton than their opponents Brighton, with the South Coast outfit offering the majority of goalscoring opportunities. Carlo Ancelotti’s men had only one shot on target in an uninspired match that had no one off their seats. No doubt the absence of Abdoulaye Doucoure has been a major factor in Everton’s dip in form, but Ancelotti will at least be pleased to have kept the clean sheet last time out.

The last meetup between Everton and Spurs was an exhilarating FA Cup tie at Goodison Park back in February, whereby Everton progressed after winning 5-4 after extra time. The most recent Premier League game however was a much more tame 1-0 victory for the Toffees on the first day of the season. This seemed to galvanise Tottenham into a surge for the top of the table thereafter, while Everton did the same off the back of the victory.

Tottenham’s last venture was again well below par, losing 3-1 to Manchester United, and is another game gone by where Tottenham let their defensive plans fly out the window. Thinking back to a number of years ago, when Alderweireld and Vertonghen made up the best defence in the league, it’s incredibly frustrating to Spurs fans that they couldn’t maintain the sturdy backline at the same time as their attack shaped into the lethal force that it is today. Reaching the target of Champions League football next season could be a turning point for Tottenham, as they stand a better chance of retaining the services of Kane and Son, while potentially having the opportunity to sure up the defence.

Jose Mourinho has admitted himself that his team can’t expect to win a game if they cease to attack after being one goal ahead – the players lack the composure. However, it is certainly not a coincidence that the signing of a manager famed for his defensive style and occasional dull tactics has resulted in a team that scores once, then tries (and fails) to hold on to this frail lead. Mourinho’s inability to adapt is potentially the cause of Spurs’ demise this season.

Everton’s injury list is even more extensive than it was before, with Yerry Mina and Jean-Philippe Gbamin the latest additions. Mina is expected back after the Spurs game, while Gbamin could be out for eight weeks or longer.

Dominic Calvert-Lewin, who has had his fair share of injury problems this season, picked up another knock in their last match, so will miss Friday’s fixture. Other ongoing injuries include those of Bernard, Fabian Delph and Abdoulaye Doucoure.

There seems to have been little progress in respect to Ben Davies’ injury, with the Welshman remaining unavailable. On the other side of the defensive line, Matt Doherty has been edging closer to a return having participated in recent training with the team. However, the right-back will not be fit ahead of Friday’s match.

Tottenham are severely lacking the ability to pick up three points against teams, especially those occupying the top ten in the table. There are a number of ways that Spurs could draw 2-2 with Everton, but it likely involves them being ahead at some point in the match.