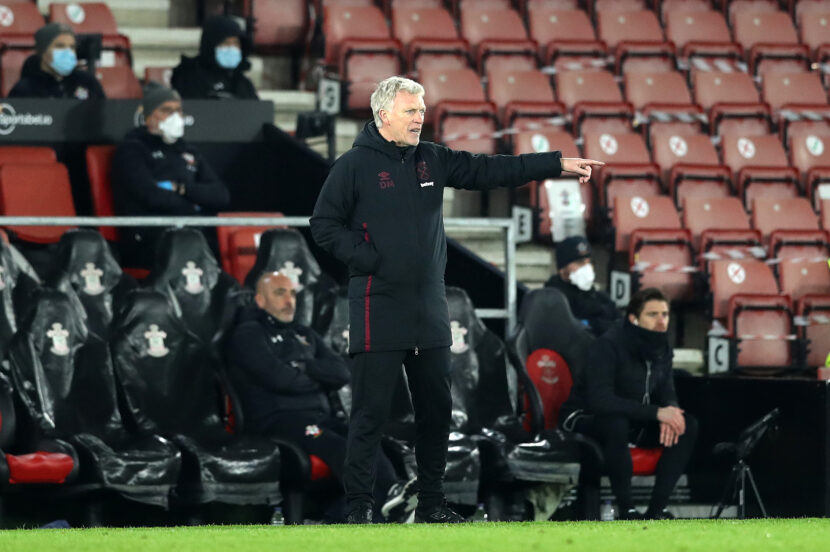 Everton welcome West Ham to Merseyside for the first Premier League game of 2021, with both sides looking to kick on from positive starts to the season.

Carlo Ancelotti’s Toffees are fourth with a game in hand on two of the sides above them, while West Ham are six points back in tenth position. Everton will likely be fresher than their London counterparts following the postponement of the Blues clash with Manchester City on Monday, while the Hammers laboured to a 0-0 draw at Southampton on Tuesday.

A win for Everton would put them one point behind Liverpool at the top of the table ahead of the Reds fixture against Saints on Monday, while the Hammers would join a group of five sides currently on 26 points and chasing Europe next season with a victory of their own. Both sides are expected to make changes from their previous outings, with Everton likely to welcome back Richarlison while the Hammers could recall several key figures who were afforded a rest on Tuesday.

Richarlison is available after missing the win over Sheffield United due to concussion protocols, though Allan and James Rodriguez are not ready to return and will continue their rehabilitation. Carlo Ancelotti will once again choose between Jordan Pickford and Robin Olsen in goal, with the regular back four of Mason Holgate, Yerry Mina, Michael Keane and Ben Godfrey expected to continue in front of them. Seamus Coleman appears the most likely to disrupt the established unit with other fringe defenders including Jonjoe Kenny, Jarrad Branthwaite and Niels Nkounkou set for another stint on the bench.

Abdoulaye Doucoure has started every Premier League match so far and should line up alongside either Tom Davies or Andre Gomes in the midfield anchor roles, with Gylfi Sigurdsson set to continue in the number 10 position. Anthony Gordon made his first league start of the campaign against the Blades on the left wing but faces competition from Bernard and fit again Richarlison, while Alex Iwobi appears the first choice on the right-wing. Dominic Calvert-Lewin will lead the line once again.

David Moyes made five changes for the trip to Southampton and could revert entirely to the side that drew to Brighton a game prior to that. Lukasz Fabianski will continue in goal, though Moyes must decide whether to return to a back three or not, having deployed a four against Saints.

Aaron Cresswell will start at left-back or left centre back, with Ben Johnson likely to return at left wing-back if the Hammers start with a back three. Angelo Ogbonna should continue in the centre of defence, with Craig Dawson facing competition from Fabian Balbuena and Issa Diop for the other role in the centre. Vladimir Coufal did not feature on Tuesday and will return at either right-back or right wing-back in place of Ryan Fredericks.

Declan Rice and Tomas Soucek are expected to continue in the centre of midfield, with Manuel Lanzini, Jarrod Bowen, Pablo Fornals, Andriy Yarmolenko, Said Benrahma, Mark Noble and Robert Snodgrass options if the Hammers persist with a three-man attacking midfield united behind a lone striker. Michail Antonio is fit and available alongside Sebastien Haller up top.

Everton have found a way to score goals recently despite missing Lucas Digne and James Rodriguez, while the Hammers have only scored twice in their last three games. The key battles will be in the heart of midfield and out wide.