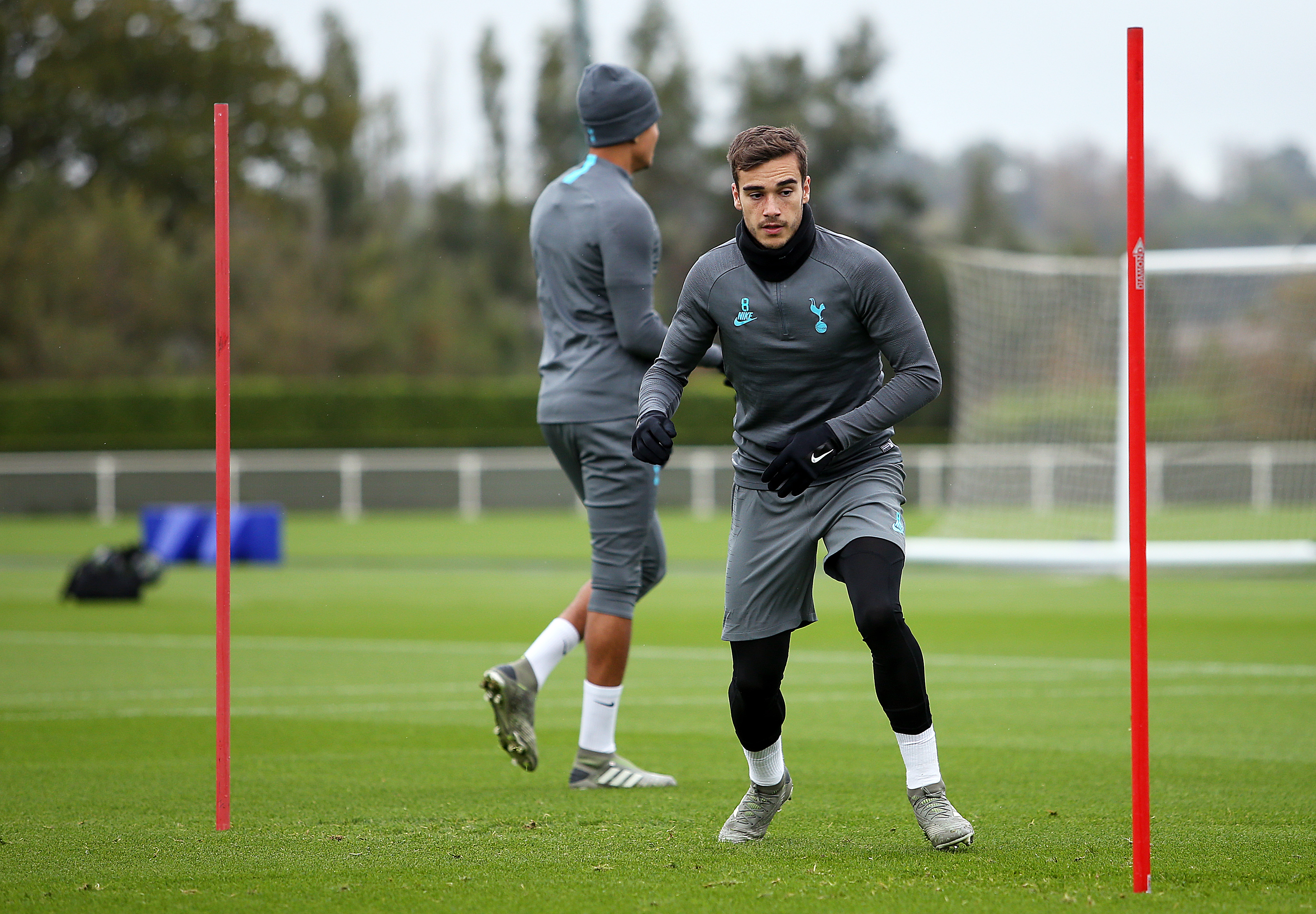 Often described as the beautiful game, an art comparable to a painting or a song on the radio. Artists who create with a ball at their feet; we behold the beauty through our own eyes.

Harry Winks, a player who divides opinion for both club and country. Someone who is yet to convince the world of his brilliance, revered in some circles, questioned in others. Similar to a painter or poet.

He’s not a goalscorer, he doesn’t generate a high number of assists and is without a memorable quirk which separates him from a crowd. He’s come under some scrutiny in recent months, with Tottenham’s poor form and a less than inspiring second-half performance against Bayern Munich a spearhead for the anti-Winks crusade.

But just as beauty, opinions are built through the eyes of the beholder. I write, you read, we watch, opinions form. He may be under appreciated for his entire career, though I’ll never understand what I see that is otherwise missed.

So much in football is based on what others think. Not often do we sit down and watch a player throughout an entire game. We remember goals, we remember saves, we don’t remember that turn out of trouble and sideways pass not seen on Match of The Day, which can lead to those valuable three points.

For example, the likes of Garth Crooks. He picks a Premier League team of the week for BBC, with goals the focal point of his eventual choices. Lists consisting of players who’ve scored a free-kick or penalty, there’s little substance when the former Spurs and United striker attempts to justify his selections. But as a pundit, false opinions are created due to the former professional’s experience and seen to be expertise.

A glance and you see a reflection of what you already believe. Stare and you truly witness the beauty there to be seen and I challenge you all to truly watch and witness the sheer quality Harry Winks possesses.

Matteo Guendouzi, another player who divides opinion throughout the Premier League. A young promising talent, he’s one I argue is only up for debate due to his hairdresser’s hard work. A slight glance at the screen and you’re drawn to the player and his noticeable quirk, praising simple tasks, which Harry Winks excels in.

The Spurs midfielder makes the simple parts of football look simple. Ninety minutes is a long time; concentration drops, fatigue sets in, creating simple mistakes you rarely see from the Englishman. However, when a mistake comes into sight, his tenacity makes up for any wrongdoing.

Not seen as a match-winner, I’d argue to the contrary. A match-winner is often a quality sought after in your attacking or flair players. Though, unless Harry Kane receives the ball on the edge of his own penalty area, dribbles the length of the pitch and slots the ball in the back of the net, I question the interpretation of what a match-winner truly is.

Without transition, as simple as a five-yard pass, flair and attacking players are unlikely to get these match-winning opportunities, making Harry Winks a match-winner in his own right.

His most memorable performance in a Tottenham shirt came against Champions League holders Real Madrid. The architect of Tottenham’s opening goal, he won his midfield battle against former Tottenham midfielder and current Ballon d’Or winner Luka Modric. A game which left the home fans in awe of another product of the club’s academy.

Never scared to receive the ball, he has an ability to twist and turn his way out of trouble, reminiscent of former Tottenham midfielder and fan favourite, Moussa Dembele. A senior career training with the Belgium powerhouse, he performs as if Dembele was his mentor.

Criticised for his sideways passing, EA Sports are certainly playing their part on how the game is perceived to be played. Unlike FIFA, it’s not feasible to persistently run through a defence, especially one with 10 men behind the ball. Sideways passing may be a simple skill, but one which slowly spots cracks in the defensive line, creating a potential opportunity.

I mentioned transition previously and it’s a key component in any match. It’s effectively how a team progress from defence into attack, the common theme being to play their way out from the back.

In recent matches, there’s been a missing link in the England set up. The two most recent defeats against Holland and the Czech Republic saw a similar flaw. A midfield trio consisting of either Rice, Henderson, Barkley or Mount, they’ve been unable to offer the simple tasks we take for granted.

John Stones took all the criticism for the Dutch second goal during the Nations League, but I ask you to revisit the footage. Southgate opts for his side to play out from the back, a collective effort from the team. However, when Stones received possession, not one midfielder made an option to receive the ball, with the defender eventually dispossessed. Stones’ decision making was ultimately poor and was rightly criticised for the mistake, but I feel he was not helped by the three men in front of him.

We saw a similar issue against the Czech Republic. Henderson and Mount were practically in line with our attacking trio, with Rice playing shy throughout, which saw England struggle to pass their way around the high Czech press.

I mentioned before about watching a player play and after persistent use of a not-to-me hand gesture, I was less than impressed with West Ham midfielder, Declan Rice. Far from ready in my eyes for the international stage, some more time to boil is needed for the 20-year-old.

The main issue with the Czech Republic game was simple, we could not transition our defence into attack. Once our front three received the ball we looked dangerous, though this was a rarity. The game screamed for Harry Winks, someone to play simple passes, help us play out from the back, feeding Mount and allowing him to show off his creative talents.

I could argue the recent match against Bulgaria is evidence of his inclusion, but with the hosts rarely venturing forward and defending throughout, I do not believe this game to be a true reflection as to why the midfielder is needed.

He’s the current missing link in the England set up, who will help utilise our creative and attacking players, especially against major nations who opt to press our defence. He’s our very own Hemel Hempsted Xavi.

A painter takes all the credit for a finished painting, just as the goalscorer. The painting is created from the brush, the player with the assist. But without the paint or transition, we couldn’t see the finished outcome.

Harry Winks, the paint which helps create the art. The beauty we behold for football.