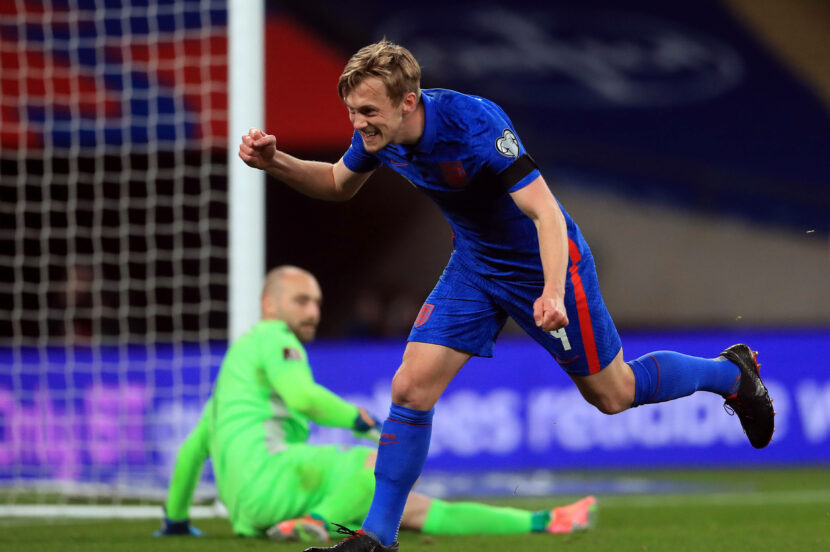 Despite being only 26 years old, Ward-Prowse’s big moment has been a long time coming. The box to box midfielder has made over 300 appearances for his boyhood club, with 260 of those coming in the Premier League alone. Ward-Prowse has become synonymous with Southampton Football Club, acting as one of the only consistent factors across almost a decade of great change at St Mary’s. Despite (whisper this quietly) heralding from Portsmouth, England’s second newest goal scorer (congratulations to Ollie Watkins) is well on the way to becoming a Saints legend.

Ward-Prowse’s five international caps have come about as a result of significant improvements to his all-round game. His technique has never been in question but what is perhaps overlooked is his unrivalled work rate. Saints’ number eight covered more ground in the Premier League than any other player in 2020, totaling 123.7 kilometers of tireless running. There is then, literally, nobody who works harder for their side than Southampton’s captain.

In addition to this, Ward Prowse’s attacking output from open play has increased drastically this season. A lack of cutting edge has been a major cause of Southampton’s decline in form but Ward-Prowse has maintained his high standards, racking up five assists and having more touches in the box per game (2.1) than ever before in his career. Slowly, he has proven himself to be more than just a set-piece specialist. But, those set pieces…

A brilliant save combined with a post denied Ward Prowse adding the first England free-kick goal to his CV against San Marino. The only surprise was that the strike was saveable. Earlier in the season, Pep Guardiola crowned the Saints star the ‘greatest set-piece taker’ he has ever seen. Just a reminder; Guardiola has managed Lionel Messi and currently coaches Kevin De Bruyne. With a brace of brilliant free-kicks at Villa Park on his 26th birthday, Ward-Prowse moved above the ultimate Saints legend, Matthew Le Tissier, on the list of Premier League free-kicks scored. Since then he has scored two more. His corners are equally pinpoint, providing Saints with a consistent threat when combining with centre halves Vestergaard and Bednarek. The Southampton reliance on their skipper’s wand of a right foot is greater than ever.

In reality, a squad place rather than a starting berth is the most likely scenario this summer at the Euros. Gareth Southgate will, rightfully, not read too much into a fixture against one of the world’s weakest sides. The most routine of nights for England was though a most memorable night for James Ward Prowse. His second start and first goal for England are just reward for the dedication he has shown in improving his all-round game. Ward Prowse will rightfully enjoy his moment, but don’t be surprised to see the polite and understated Southampton captain making an impact for England again soon.