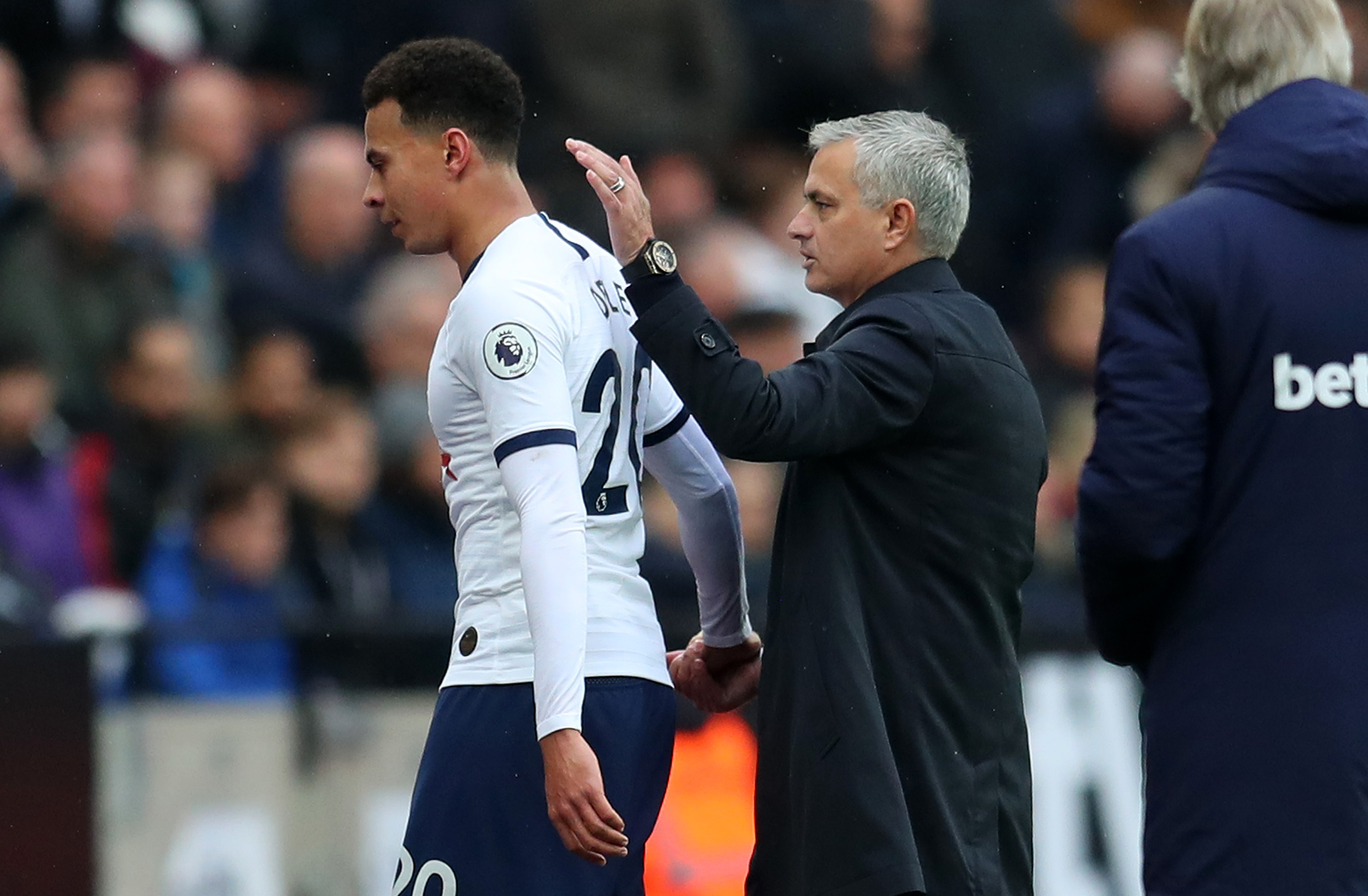 Jose Mourinho: how the Portuguese can re-ignite this £81m-rated man’s career – opinion

On Saturday against West Ham Dele Alli ran proceedings, and the Englishman relished being reinstated to his favoured central attacking midfield role. Not since he exposed Chelsea’s weakness last season, an isolated and immobile Jorginho, has the 23-year-old looked so enthused about playing for Tottenham.

The drop off in performances has been evident for some time now. The deepening of Alli’s on-field position typified it along with the drying up of goals. His first two Premier League campaigns both yielded double figures, 28 in total, but in the previous two full seasons, he has notched just 14.

Jose Mourinho is the manager who has been tasked with reinvigorating Spurs after their catastrophic drop off in domestic form that stems back to January of last year. The second half of last season’s drop off was masked by a run to the Champions League final and other sides also stumbling.

If his first game is anything to go by, then Alli will be central to Mourinho becoming a success at the Tottenham Hotspur Stadium. Based on the little evidence we have, the midfielder will be the transition between the ball-playing defensive midfielders and the two wingers, as well as Harry Kane in front of him.

But if Alli is to rediscover the form that made his coveted by many of Europe’s premier clubs, alongside garnering a transfer value of £81m (Transfrmarkt) then he must also find the net himself. Currently, his goals per match stats are up from last season’s total of 0.2, his lowest since joining Tottenham, but he still has a way to go to match 2016/17 where he almost scored in every other game.

Mourinho will be central to this though, in the past, he has brought playmakers such as Wesley Sneijder and Mesut Ozil to the absolute pinnacle of their capabilities, and there is no reason Alli cannot join that pair. Sneijder particularly was an exemplary goal scoring midfielder who came within touching distance of Cristiano Ronaldo and Lionel Messi in their prime.

The key to getting Tottenham’s number 20 regularly back on the scoresheet is to make the most of his outstanding aerial abilities, while also ensuring he has plenty of touches in the box running beyond Kane.