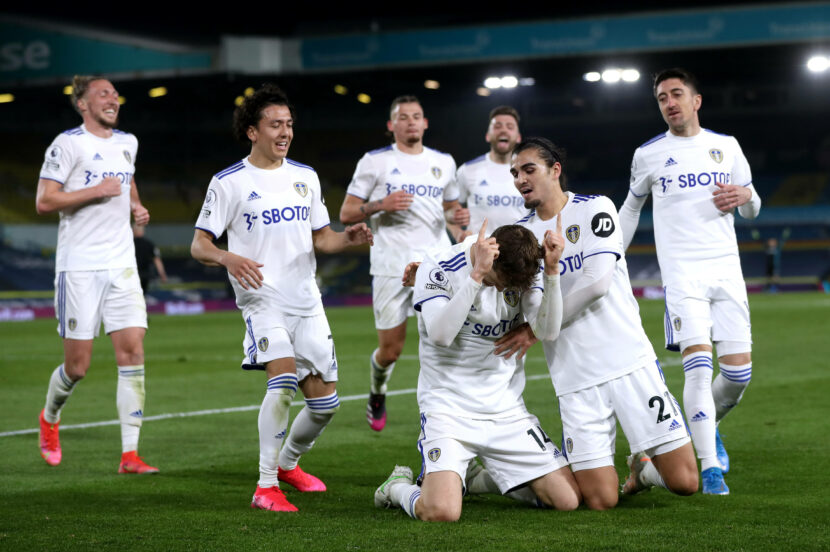 Manchester United travel to Elland Road on Sunday looking to extend their streak of five successive victories across all competitions, as they attempt to extend the gap over third-placed Leicester City, and move closer to their cross-city leaders.

The news of the Super League has led to a rollercoaster ride for fans worldwide, who seem absolutely determined to make their voices heard against the Glazers and Woodward. While the latter confirmed his intention to step down from his role of executive vice-chairman at the end of 2021, the fans have pledged not to stop until something is done to change the present manner (or rather, attitude) of ownership.

Leeds United’s fans meanwhile, will be exceptionally pleased with the club’s recent run of form. Marcelo Bielsa’s side are undefeated in their last five league fixtures and have taken four points in their last two, against the defending champions and the champions-elect. They are presently perched in 10th place, level on points with Arsenal, but having played a game less, as the Gunners faltered to Everton in Friday’s kickoff.

The Argentine manager deserves a lot of credit for how he’s quietly and consistently helped Leeds punch above their weight and exceed expectations, with a relatively slow start to the season after promotion. Although the reverse fixture at Old Trafford was a night to forget by every standard, Bielsa and his squad will be keen on upsetting their bitter rivals this time around, in a “classic game” as per the gaffer himself. While Leeds did not shy away from making clear their feelings in response to the Super League’s announcement, sending more such messages may be one of the key storylines to follow on Sunday, as they face one of the league’s ‘conspirators in-chief’, adding yet another layer to an existing rivalry.

Liam Cooper was sent off against Manchester City for a high challenge on Gabriel Jesus, and misses out on Sunday due to suspension. Rodrigo is in the “last stages of his recovery”, but this weekend’s fixture comes too soon for him to be involved.

Midfielder Raphinha is a major doubt for the clash, as he is presently ailing from a thigh injury, and hasn’t been able to recover enough to rejoin training as of Saturday. Adam Foreshaw too has been ruled out for “an undefined period of time” after picking up a muscular injury in the match against Liverpool.

Centre-half Eric Bailly has returned to training, in what has been a “good week” for him on the injury front. He should be available for selection, but will likely start on the bench.

Marcus Rashford hasn’t trained after suffering an injury to his ankle, but Ole Gunnar Solksjaer was hopeful that he could still feature, suggesting that he’ll face a late fitness test. Phil Jones and Anthony Martial are ruled out for the long-term, with either’s return before the culmination of the season likely not being on the cards.

I believe that Leeds are on a strong run of form, and Bielsa will set his team up to play prophylactically, but yet sharply. They’ll be keen to right the wrong of the 6-2 hammering they received at Old Trafford, and the narrative of the game, coupled with home advantage leads me to believe that the points will be shared at Elland Road as the full-time whistle beckons.