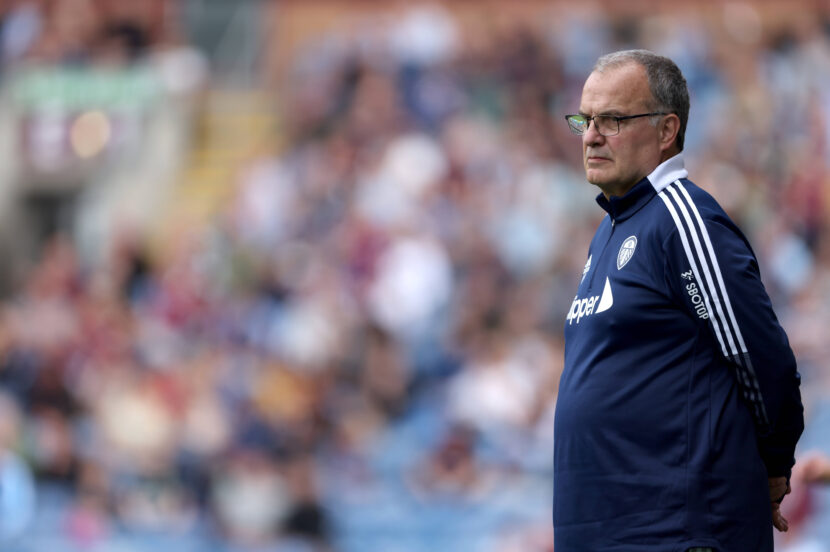 By Will ChattellLeedsPreviewRecentWest Ham | 25 September, 2021

It’s David Moyes against Marcelo Bielsa as The Peacocks lock horns with The Hammers. Leeds United are still yet to win a game this season, compared to West Ham who have started brightly.

Last time out Leeds picked up their third draw of the season against Newcastle United. Raphinha put United in front in the early stages, with a deceiving cross into the box but his work was soon undone as Allan Saint-Maximin equalised before halftime. A frustrating start to the campaign for Bielsa’s men, as after five games find themselves in 17th place.

West Ham also dropped points last week, losing 2-1 to Manchester United. Despite the scoreline, The Hammers brought the game to United and made it an enthralling contest. Said Benrahma opened the scoring before Ronaldo levelled sooner after. The game was end to end, until former West Ham loanee, Jesse Lingard took matters into his own hands and fired United into a 2-1 win with a fantastic top corner finish in the 89th minute.

Midweek Carabao Cup action saw both Leeds Utd and West Ham advance to the next round of the competition. The Hammers took their revenge on United, winning 1-0 at Old Trafford, whilst Fulham pushed Leeds to a penalty shootout as Beisla’s side prevailed.

Leeds Utd will be bitterly disappointed with the way they have started the season. With five games played they find themselves only one place above the relegation zone. Their first five fixtures haven’t been easy though; Man Utd, Liverpool and Everton aren’t easy inductions to a new season.

The problem for United seems to be scoring goals. The free-scoring, fast-paced-ruthlessness of the 20/21 Leeds looks to have disappeared and after five games, Leeds have five goals. Bielsa’s defence has never been his strong point, so now that his attack is wavering, Leeds are stuck in the mud.

For West Ham, the games can’t come quick enough this season, with The Hammers putting on a show almost every week. Last weekend was a great example of that, fast free-flowing football, with goals, cards and controversy and despite losing the game, West Ham fans will be proud of the way their team approached the game.

When mentioning West Ham, you have to mention Michail Antonio. The Englishman has made an unbelievable start to the season, bagging four goals and four assists in just four games. Antonio missed last weeks clash against United due to suspension but will be back amongst the action this weekend.

This clash promises to be an end-to-end battle; Leeds United are desperate for their first win and need to get their season running, whilst West Ham are simply scared of nobody.

Marcelo Bielsa is undergoing a bit of an injury crisis in his squad.

In Defence, Luke Ayling has picked up a knee injury making him a doubt for this weekend. Robin Koch and Diego Llorente are both long term absentee’s, whilst Pascal Struijk is sidelined with a suspension following his dismissal against Liverpool.

Raphinha only managed 66 minutes against Newcastle last week before picking up a knock. His fitness could also be a worry ahead of the visit of West Ham.

In attack, Patrick Bamford picked up an ankle injury against Newcastle last week and has been ruled out of this weekend game.

David Moyes has no fresh injury doubts in his squad ahead of the visit to Elland Road.

The Hammer’s only absentee is Ryan Fredericks, who is out with a groin injury.

I think West Ham will win here. Leeds haven’t been their best all season and the injuries won’t help this week. A tough game for Leeds.