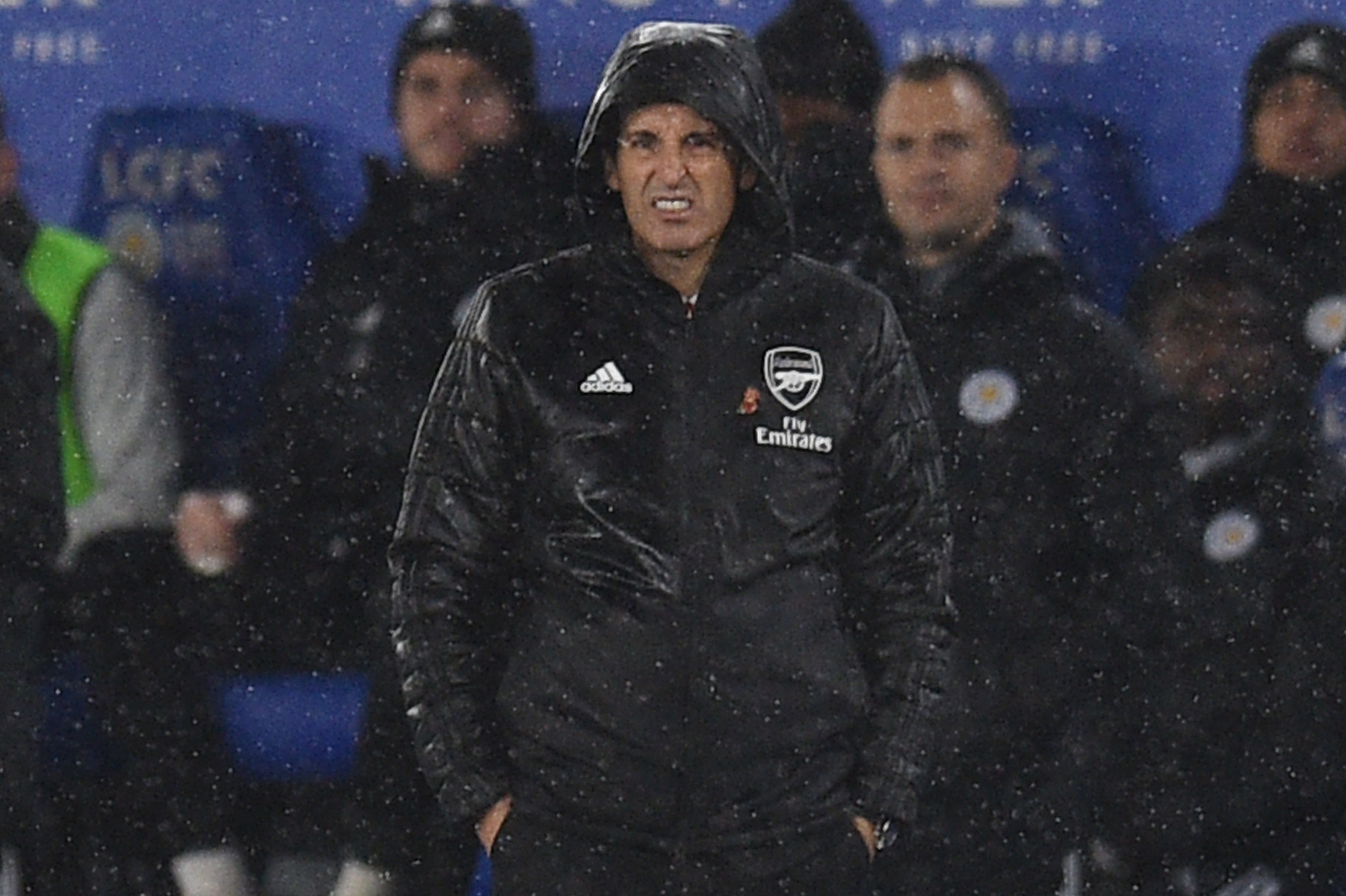 It was always going to take more than a torrent of rain to dampen Leicester’s spirits, and that proved to be the case as the Foxes emerged from Saturday’s late kick-off with a 2-0 victory, their tales up, and eyes firmly on Champions League qualification.

Arsenal meanwhile limp away from the King Power with more questions than answers. Once more at a crossroads, the Gunners sit now sit sixth in the table, as the goal of a top-four finish looks increasingly distant.

It’s a Vardy party, but others are playing the music

Jamie Vardy’s extremely impressive record in front of goal since Brendan Rodgers was appointed manager continued against Arsenal, with the Englishman notching a goal and an assist. That takes his total for the season to 11 and means he has now scored nine goals in his last nine games against the North London side he infamously turned down a move to in 2016.

Although he is the very ‘meme-able’ face of Rodger’s Leicester, with his brash celebrations, no-nonsense attitude, and infamous event hosting, there are others in this side who play as big a role in the attack. Crucial to the way Rodgers is able to operate is the midfield three of Tielemans, Maddison and Ndidi. All would be comfortable at the centre of any side in the Premier League.

Maddison has a set-piece potency and ability from range that make him the perfect foil for Vardy. Whilst the striker might be perceived to struggle against those who sit deep, Maddison will punish those in a low-block with a rasping drive from the edge of the box.

He combines this with intelligence in how he picks up the ball. Sometimes positioned slightly to the left or right, he has added a sense of versatility to his game. He is comfortable dropping a little bit deeper in order to get his foot on the ball and pick out a pass with his adept range.

He has the vision to manoeuvre an opponent’s midfield around, dragging Guendouzi and Torreira out of position multiple times on the night to create spaces for Vardy behind them. His delivery from set-pieces means that Arsenal, who bizarrely have a decent record from dead-ball situations, were constantly under threat from corners; culminating in Guendouzi almost turning the ball into his own net at the death.

Tielemans has to go down as one of the best bargain buys of recent years. Having struggled to really impact in Monaco after a bright start to his career in Belgium, the loan move at the tail of the last campaign appeared to have rejuvenated him. You could see the confidence he is playing with as he cut combined well with Harvey Barnes, before threading a precise pass to Vardy for the opening goal. Prior to this he had orchestrated a majestic move through the Arsenal midfield which he tried to finish himself, but shot wastefully over the bar.

As much as the rejuvenation of other players in the Leicester squad that has happened since Rodgers took charge is rightly credited, it is worth lumping Tielemans in that category given his troubled spell in Ligue 1. A metronome in the centre, his ability at bringing the ball with his feet from a nominally deeper position than Maddison allows the two to combine with a flurry of short passing. On the night it left Torreira and Guendouzi chasing shadows, and forced Aubameyang and Lacazette to drop deep to assist.

Last but certainly not least is Ndidi. It would be easy to categorise him as a ‘Kante replacement’ because he offers so much of what gave the Frenchman his well-earned reputation at Leicester. He provides the similar energy in the hub of the Foxes, and gives his more ‘creative’ partners to focus on their offensive roles. Yet he, like N’golo Kante, offers more than his defensive diligence.

He is extremely dangerous shooting from range and powerfully struck efforts at Bernd Leno on multiple occasions, once hitting the bar when he should have done better. When given the licence to go forward, he drives at the defence with equal measures of technique and power that is reminiscent of Yaya Touré in his prime.

He combined well with the on-rushing Pereira as he demonstrated composure on the ball. Compare his measured control of the play to the frenetic-looking Arsenal duo in midfield and you get the impression he could have dominated the Gunners all by himself in the middle.

Downed tools, or a bad workman?

At a certain point, when any side is struggling for so long, the question begins to be asked as to whether the players have ‘downed tools’. It might seem harsh to raise this question after this performance, especially given Arsenal were actually relatively comfortable for the first fifteen minutes of the match. Yet, setting up in a back five so as to stifle the Leicester attack you would expect a far more solid performance.

So that leads to the question of how you assess players in a system of failings. There are a number of Arsenal players that one could end up feeling sorry for; this was exemplified by the performance against Leicester. Leno, Guendouzi, Torreira and Chambers. All players trying their best but who are being so fundamentally let down by their role. Leno has made the most saves in the Premier League, as every match he faces an onslaught on his goal.

Chambers is frequently being played out of position, and the one chance he gets to operate as a centre back in a back three (a role he is most suited to), happens to be when he is tasked with supporting an extremely offensive wingback recovering from a long-term injury. Guendouzi and Torreira, who once looked like they could form the hub of a dynamic and vibrant midfield, are having their growth and ability stifled by being forced into an incoherent smorgasbord of formations and roles.

The two forwards, Lacazette and Aubameyang, looked frustrated on the night. The amount of defensive work they had to do restricted their natural goalscoring talents. It also limited the excellent connection they have as a duo from being realised, as they tracked back on opposite sides of the pitch.

Special praise should be reserved for Brendan Rodgers. After his time at Liverpool, he became a target of internet ridicule for his David Brent mannerisms. There was the portrait of himself in his home, the infamous envelope of players who would let him down, the slightly public midlife crisis, and, of course, the teeth. His time at Celtic appears to have refined his public persona.

Now we can appreciate the truly excellent manager he is. It is often overlooked just how close he came to taking Liverpool to the title, how he birthed Raheem Sterling onto the scene, and how he made Agger and Skrtel a viable defensive duo. For a man who never played football professionally, and so never had the benefits of insider contacts, to have held two of the most prestigious and storied jobs in British football by the age of just 46 is really quite remarkable.

He stands in stark contrast to the man he faced on Saturday evening. Compare what Rodgers has been able to do in nine months to what it has taken Emery to muster in eighteen; it has taken him half as long to do twice as much. He has been able to instil an identity, but one not so dogmatic that it doesn’t allow for a capability to adapt to different opponents.

He has integrated youth and revitalised the careers of more experienced players around them. Perhaps most impressively he has coped with the loss of his best centre back and has been able to replace him with a player who was previously on the fringes of the squad.

Many Arsenal fans scoffed at the idea of Rodgers taking over from Wenger after the Frenchman left his post. There are likely to be a that fair few are looking at him now with regret as he looks to have taken Leicester a step above the Gunners this season, and positioned the club as favourites for Champions League qualification. 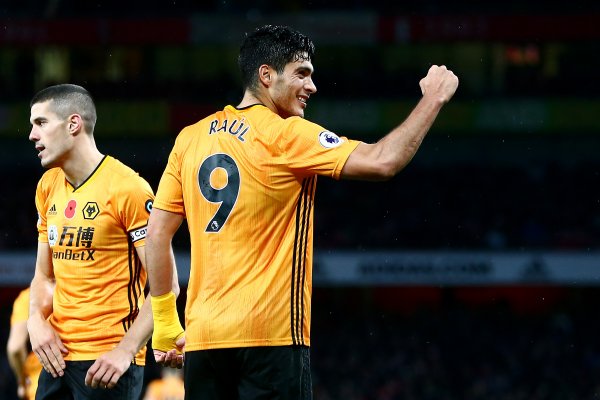 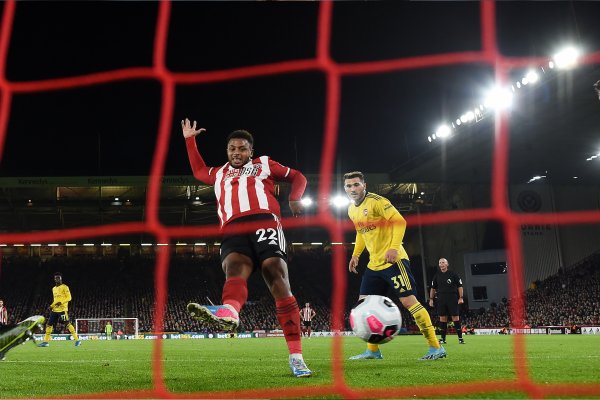