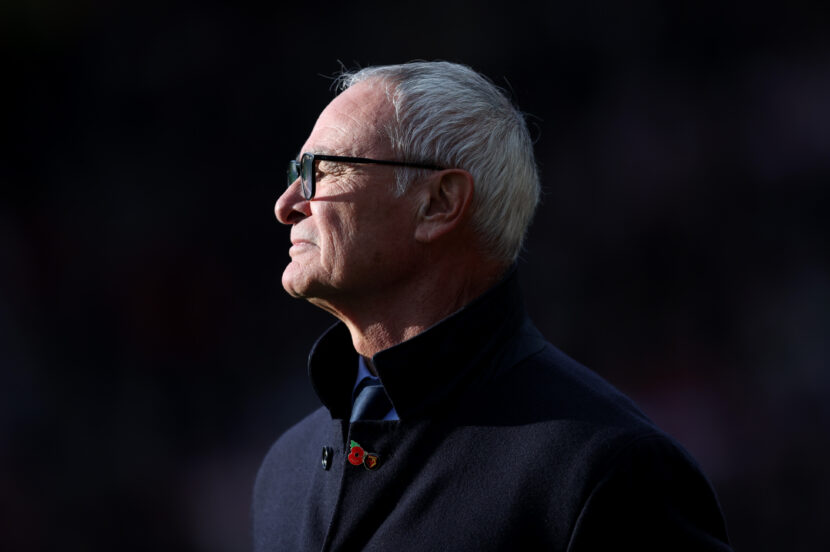 Hornets boss Claudio Ranieri returns to the stadium where he won the Premier League five years ago when Watford travel to Leicester on Sunday afternoon.

The Foxes looked dejected and uninspired against Chelsea last weekend, but a win over Legia Warsaw on Thursday will have reinvigorated them in time for their next Premier League fixture.

Watford, meanwhile, will still be riding high after a triumphant 4-1 win over Manchester United at Vicarage road condemned Ole Gunner Solskjaer to the sack. But they will need to keep their levels during their visit to the East Midlands if they want to come away with any points.

A 0-3 defeat at home to Chelsea last Saturday reduced the Foxes’ recent progress to dust, as Chelsea easily sliced apart a limp Leicester side throughout the first and second half. Leicester were fortunate to walk away from that game with the score as it was, conceding another slew of goals that were ruled out for offside.

Speculation was high that something wasn’t quite right at Leicester after the game, and rumours circled that manager Brendan Rodgers might be on his way out after Solskjaer was sacked.

But Rodgers dismissed the rumours and, in doing so, seemed to cause a subtle change at Leicester.

When Thursday night and polish opposition Legia Warsaw rolled around, the Foxes were in a completely different mood. A buoyant first half display, sliced with moments of sublime quality from Patson Daka and James Maddison, put them 3-1 up – a scoreline that they maintained through to full time.

They weren’t quite back to their best, but these were signs of life that were direly needed after a limp display at the weekend and rising questions about Rodgers and many of Leicester’s key players. Most important was an impressive display from midfielder James Maddison, whose excellent goal will hopefully represent a change in his fortunes this season.

If Leicester can get their confidence back, and James Maddison firing on all cylinders again, they could still make something of this season – provided they don’t underestimate this Watford team. In fact, anything but three points against the Hornets might prove an unexpectedly hard blow.

Ranieri to make an overdue return

Ranieri has yet to return to the King Power as a manager after being sacked in 2017, narrowly missing out on the opportunity two years ago when he was in charge of an ailing Fulham team. He will surely receive an overwhelming reception from the Leicester fans, who are unlikely to ever forget that iconic 2015/16 Premier-League-winning season.

He returns to the King Power Stadium with a Watford team who are riding high after trouncing Manchester United. Watford never looked to be out of control against United, with their compact low block and brutal counter-attacking easily laying waste to the last shreds of Ole Gunnar Solskjaer’s reputation – helped by Harry Maguire’s 60th minute sending off.

Watford’s “front three” of Ismaila Sarr, Josh King, and Emmanuel Dennis all put in spirited displays there at Vicarage road, and although each of the three got a goal of their own the truth is that they could have added many more to the scoresheet.

The Hornets must be careful not to get ahead of themselves, however. Beating United is a feat, but the United they beat was hardly one to write home about. Leicester are by no means at their best, but they are more of a force to be reckoned with after their Europa League win and will surely be hunting for an even more dominant display to raise their spirits further.

Ranieri will surely have a few tricks up his sleeve to ensure his return is not so pleasant for Foxes fans, and the low block strategy followed by quick counterattack may be one they can use to great benefit against a Leicester team still seeking attacking fluidity.

The impressive attacking intent on show against Legia Warsaw (in the first half at least) is likely to mean a similar XI from Rodgers for this clash. Expect both James Maddison and Harvey Barnes to keep their starting spot – with a potential look in for striker Patson Daka too. The 4-3-3 on show on Thursday is Rodger’s preferred formation, so expect to see that stay too.

The only changes we are likely to see are in defence, with Johnny Evans a surety to replace the admittedly impressive Daniel Amartey. There may also be a return for Ryan Bertrand, who could replace youngster Luke Thomas at right-back.

Unfortunately for the Hornets, Ismaila Sarr’s knee injury sees him join an uncomfortably long list of absent players. If Ranieri prefers to keep the same attacking formation, Sarr is likely to be replaced by Colombian winger Cucho Hernández.

However, keeping the same shape is not a certainty under Ranieri. The Italian may revert to a more solid 4-4-2 for the clash against the Foxes, with an emphasis on defence. Regardless of how they look, we’re certain to see a return for Tom Cleverly, whose MOTM performance against United will surely see him keep his spot despite the recovery of mainstay Jarej Kucka.

If Leicester were on the top of their game, I think this would easily be in their favour. But as it is, with their current problems and Watford’s confidence, this feels equally matched. There’s certainly the potential for either of these sides to nick it late on, but one goal apiece seems the most likely outcome.