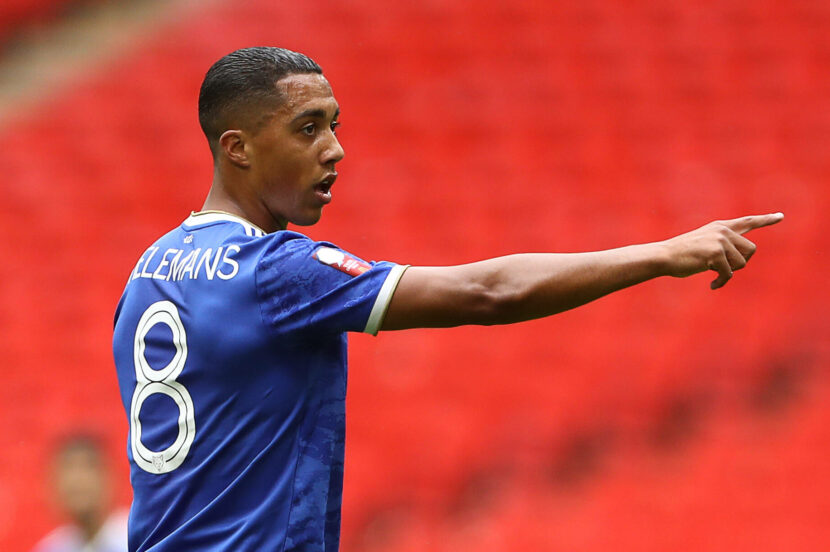 Full crowds, 3 o’clock kickoffs, and rocking atmospheres that give you goosebumps – the Premier League season is back, and so are all the things that we loved about it. The 2021/2022 season begins with fans back in full capacity stadiums, and we at 90Maat can’t wait.

For Leicester City and Wolves, the season begins at the King Power Stadium. After an optimistic preseason for the Foxes, and a change-filled break for the Wolves, this game gives both sides an opportunity to start the new season on the front foot. A win in the opening game can catapult a team into a successful season – who will capitalise and make the perfect start?

Starting it off with a cup.

Leicester finished their pre-season routine in arguably the best way when they lifted the Community Shield, beating a weakened Manchester City side 1-0 at Wembley. Despite losing Wesley Fofana to a horror injury during a friendly with Villareal (the central defender out until at least 2022), Leicester have had a productive break.

The community shield win was just the icing on the cake for Leicester, who will not be abandoning their aspirations despite the bolstered squads of the teams around them in the league. Leicester may look unlikely for a top-four spot – but they should never be counted out for it.

All change at the Molineux.

Wolves started their own break with the sad departure of old manager, Nuno Espirito Santo. Nuno was popular in Wolverhampton, after bringing the club up from the Championship and taking them to the Europa League in their first season back. Nuno departs after a disappointing previous season, and in his place comes another Portuguese: Bruno Lage, formerly of Benfica.

Along with Lage, Wolves have picked up young Barcelona winger Franciso Trincão and a replacement for the departed Rui Patricio, José Sá. Yet the biggest boost for Wolves will not be a new signing, but the return of one of their most influential players: Raúl Jiménez. The Mexican is back after a horrid head injury and, although he may take some time to get back to his old, goal-scoring self, the side will no doubt be lifted by his return.

One question that remains is that of formation and style. While Nuno played a very specific defensive shape (always employing three centre-backs) and adopted a counter-attacking philosophy, Lage is something of an unknown. He played both Nuno’s 3-4-3 and a 4-4-2 in preseason, leaving us all unsure of his preferred setup coming into the season.

One to watch: Harvey Barnes.

Leicester’s star winger is back, and he looks better than ever. Still only 23, Barnes became one of the Foxes’ best players last season and looks to be only getting better. Against a Wolves side who are still gelling under their new manager, the winger’s pace and goal-scoring ability could be too much to handle.

New signing Jannik Vestergaard may be put straight into the team against Wolves after his move from Saints, as Leicester are without both Fofana and Johnny Evans – the latter still out with a foot injury. Brendan Rodgers hinted that Timothy Castagne, who suffered an eye socket fracture at the Euros, could start – but it is more likely that he will stick with the fullbacks from the Community Shield with Ryan Betrand, another former Saint, in at left-back. Jamie Vardy will lead the line for the majority of 21/22, as Patson Daka beds himself in at the King Power Stadium.

Wolves enter the new season with a painfully long list of injuries: Pedro Neto, Jonny, Daniel Podence, Willy Bolly, and Yerson Mosquera all out on the sidelines. Despite missing Wolves’ final pre-season game through close contact with COVID-19, Nelson Semedo is likely to be given the nod for the left wing-back position – provided Lage chooses to play a 3-4-3. If he does, expect a surprisingly strong front three of Trincão, Jiménez, and Traoré.

The biggest disparity in this game will not be the strength of squads, but in proficiency to style. Leicester have been playing under Brendan Rodgers for nearly three years now: this is a squad that knows how to perform and win together. Wolves, on the other hand, have not had Bruno Lage for more than three months. It will take some time for things to click, and that will reflect in how they play – and on the scoreline, as Leicester may be too much for them to handle.