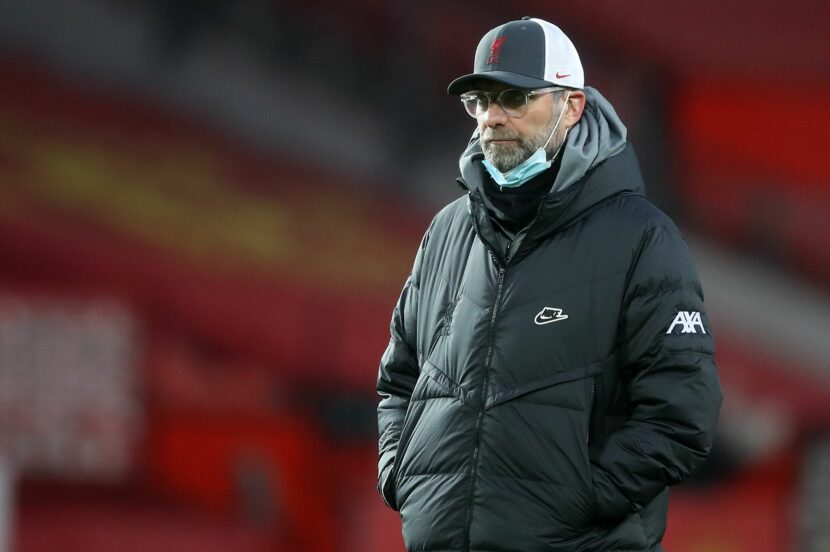 Liverpool: the reasons behind the Reds’ dip in form

Ashley Barnes shattered Liverpool fans’ hearts last Thursday evening, scoring the only goal in a 1-0 win that broke the Reds’ 68-game unbeaten streak at Anfield in the Premier League. The record spanned an impressive (almost) four years. Whilst nothing can take away from Nick Pope’s incredible performance, recording a career-high 19 saves in one game, it is no secret that things are not clicking within the Liverpool camp.

It seems like only yesterday that Jurgen Klopp’s men were perched happily on the top of the Premier League table, a position that has become comfortable for them over the last two-and-a-half years. However, zero wins in five previous outings in the Premier League have seen Liverpool plummet to fourth position. Their slide down the table may not end there as both Tottenham Hotspur and their Merseyside rivals, Everton, can leapfrog the Reds by winning their games in hand.

Club rivals Manchester United also added to Liverpool’s troubles knocking them out of the FA Cup in the fourth round with a 3-2 win at Old Trafford. This means the Premier League and Champions League are now Klopp’s side’s only chance of a trophy this season and if their league form continues to slump they may only be fighting on one front towards the end of the season.

It is hard to state that Liverpool are out of the title picture, after all, it is football and the greatest teams in the world lose on occasion. However, analysing Liverpool’s recent opponents raises real concern for all those involved within LFC’s set-up. Three of their last five matches coming against sides in the bottom six (BFC – 16th, WBA – 19th, NUFC – 15th). Klopp’s men have picked up two points from a possible nine in these games; a run frustrating for any top-flight manager. Judging by Klopp’s dramatics in the tunnel against Burnley, troubles are mounting on the German’s shoulders as the pressure to perform increases.

Since thumping Crystal Palace 7-0, the Reds have scored one goal in five league games, and lack of firepower has not been the issue, with Roberto Firmino, Mo Salah, and Sadio Mane featuring in all five fixtures. Diogo Jota’s absence through injury has halted the Reds’ ability to create, despite the re-introduction of Spanish playmaker, Thiago Alcantara.

After signing for the Reds for £19.8m in the summer, Thiago was heralded as the creative cog that had been missing within a defensively-minded Liverpool midfield. Since joining, he has recorded zero goals and assists in six PL appearances, and Liverpool have failed to win any of the games that Thiago has started. A stark contrast to his intended impact. On the contrary, it is almost impossible to deny his vision and quality on the ball in-game. His ability to cut midfields open with one pass and to switch the ball from one side of the field to the other is second-to-none, but Liverpool’s front three simply aren’t delivering. The fast-flowing, intense, liquid football that graced the league between FSM the last two seasons has seemingly gone dry. Recent body language on the pitch suggests frustration with one another, in contrast to the synonymous nature of their football not too long ago. Whether that be down to defensive discipline from teams facing Liverpool, or heightened egos, something needs to change if Liverpool want to challenge for the title this season.

Injuries have plagued Klopp’s side this season, most notably in defence. The colossus Virgil Van Dijk has been a major focal point in Liverpool’s success. Since his departure, Liverpool have won only six from their last 14 PL appearances. Ignoring his defending prowess and vision on the ball, having a centre-half like VVD behind a team, allows them to play with the confidence that if you lose the ball, the chances are that you will get it back.

The quick press and ball-winning mentality of Liverpool has also suffered due to Van Dijk’s injury with Jordan Henderson and Fabinho often forming the back two recently. These key midfield men look missed in the midfield. Minor psychological considerations such as these must be looked at when analysing Liverpool’s current form. In a team filled with world-class athletes, often specific psychological issues can play a larger role than you or I may understand.

Since national restrictions eased, allowing the return of football, Liverpool have not been the same side. It is difficult to believe that Klopp would allow arrogance to manifest itself within the changing room, leaving the other key factor in Liverpool’s decline – fans. All teams have been without fans for some period of time this season, but it is widely accepted that Liverpool fans are among the best in the world, and without their 12th man they have won only 50% of their last 28 games in the PL (W-14 D-9 L-5) despite losing only three games out of their previous 45 in the Premier League.

It is not all doom and gloom for Klopp and his side. Despite their awful current form, they find themselves only seven points off the top of the table. In such a turbulent season, a turn of events suiting Liverpool is not to be ruled out. Klopp has always got his teams far in the Champions League and this Liverpool side often fair well in cup competition. It’s no secret that Liverpool need to turn their season around and turn it around fast. However, with the quality present in the Anfield changing room and the situation they find themselves in, Liverpool are securely in contention for silverware come to the end of the season.