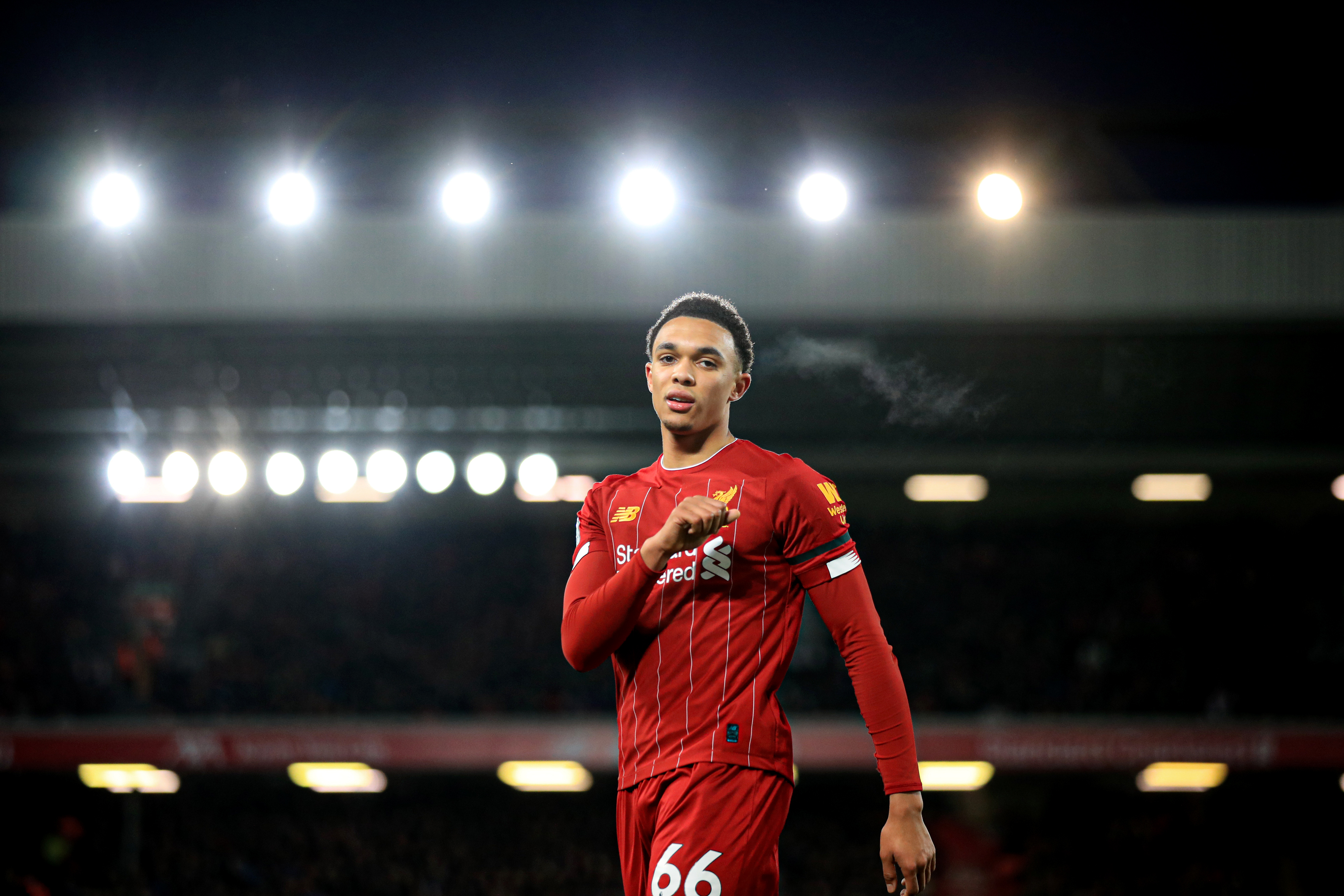 Liverpool appeared to be cruising to victory against Brighton and Hove Albion on Saturday, two goals up after 24 minutes a rout could have been on the cards.

Though Brighton stayed resilient and when Alisson got himself sent off for a calamitous handball, Lewis Dunk took full advantage to score a quick free-kick and set up a nervy finish. The hosts hung on to give themselves an eight-point lead at the top of the table, but one player who impressed once again was Trent Alexander-Arnold.

Jurgen Klopp’s first-choice right-back, valued at £72m (Transfermarkt), was reinstated to the starting line-up, having been on the bench for the midweek fixture against Napoli, and made a swift start to proceedings by providing two inviting crosses for Virgil Van Dijk to tuck away within the first half-hour. His brace of assists on Saturday leaves him joint third in the Premier League this season, level with teammate Andy Robertson, which shows just how reliant Liverpool are on their wingbacks for creativity.

However, what was even more impressive was how Alexander-Arnold adapted when the Seagulls got themselves back into proceedings. In the past, he has received some criticism of his defending, but at the weekend he was exceptional when called upon, making the highest number of tackles on the pitch with three.

The right back’s single interception was only bettered by Alex Oxlade-Chamberlain, indicating that Alexander-Arnold was rarely caught out of position. Furthermore, his three clearances show he knew when to get rid of the ball if danger was looming. But testament to the Englishman’s defensive contribution was the fact he was able to commit himself to the cause without conceding a single foul.

Alexander-Arnold made a point of showing how influential he can be to the Reds after being rested against Napoli, his seven crosses were over double what anyone else in a Liverpool shirt provided, and they are becoming one of Klopp’s most potent weapons. At just 21-years-old, he is on a steep trajectory to becoming one of the world’s best defenders.