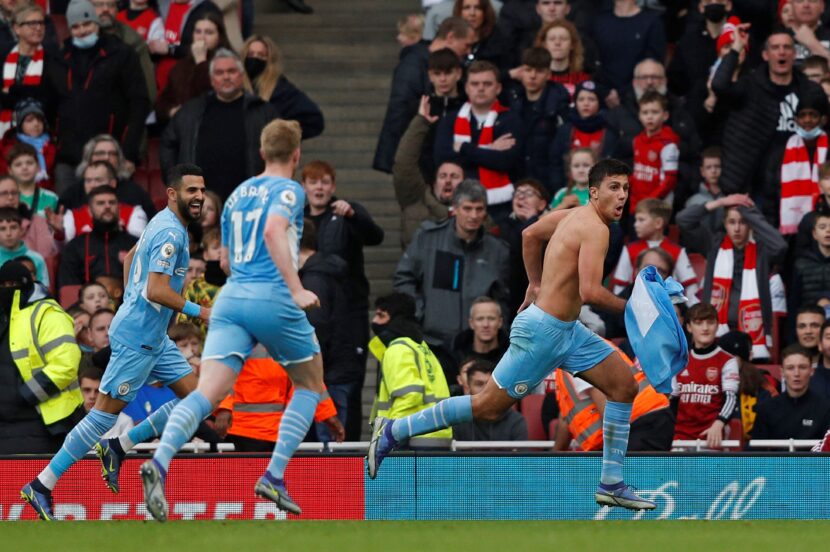 The English champions take on the European champions in a rematch of last season’s Champions League final on Saturday, with the hosts looking to extend their lead at the top of the table, and the visitors looking to close the gap between the leaders and the chasing pack.

Thomas Tuchel dealt Manchester City some decisive blows last season, with the German responsible for limiting City’s quadruple hopes down to just a double. However, Pep seemed to have found an answer with an impressive and convincing 0-1 victory when the 2 sides met earlier at Stamford Bridge. Gabriel Jesus scored the winner with a bit of good fortune, but City were more than deserving of the 3 points.

Chelsea’s stellar form at the start of the season seemed to have slowed down significantly in the winter spell, with the Blues picking up just 10 points from the last 21 on offer, with draws against Everton, Wolves, Brighton and Liverpool becoming a major cause of frustration for the fans. While it is widely believed that a City victory on Saturday could knock the European champions out of the title race, I personally believe it wouldn’t necessarily be the case; albeit it would make for a very uphill battle.

Guardiola’s side, meanwhile, haven’t let the absence of a recognised striker affect their momentum, going on a rampage as they often do during the winter spell, and recording 11 successive Premier League wins! The 3 most recent victories came in extremely quick succession, and Pep will have no doubt appreciated an opportunity for his players to get some much-needed rest before they ready themselves to go again.

A very promising game is in store for us on Saturday, as Tuchel will be well-aware of the momentum a victory at the Etihad could provide, and with City’s squad stretched to extreme limits by the coronavirus, he’ll also be aware that this may be as good a chance he’ll get to reignite the title race. However, if the past 2 years have taught us anything at all, it’s that you never doubt Pep Guardiola (at least not in the league), and he’ll no doubt have some tricks of his own.

After a major COVID outbreak forced 21 personnel (including 7 senior-team players and 14 staff including the gaffer himself) to isolate during the game against Swindon Town, Pep has reported both good and bad news. It’s that while Pep will be making a return alongside a few of the players who had tested positive, new cases have since been discovered within the City camp. Out of respect for the players’ privacy, Guardiola declined to reveal the names, but tomorrow’s teamsheet will likely shed some light on the situation.

Riyad Mahrez will also be unavailable for selection, as he represents Algeria in the African Cup of Nations (AFCON).

Thomas Tuchel revealed that Danish centre-half Andreas Christensen had tested positive for the novel coronavirus following the midweek win against Tottenham in the Carabao Cup, and thus he’ll miss the trip to the Etihad.

The 6ft 2in defender joins fellow centre-half Trevor Chalobah, and Chelsea’s first-choice wing-back duo Reece James and Ben Chilwell. Kenedy has been recalled from his loan spell with Flamengo, and the 25-year-old Brazilian may well deputise for the English left-back during the 2nd half of the season.

Kepa Arrizabalaga is expected to start in goal after Eduoard Mendy departed the club to represent his country, Senegal, at the AFCON.

I believe this will be an extremely well-contested match, but City’s preparation, coupled with their home advantage, should see them secure the 3 points. Guardiola’s men will take comfort in the fact that Chelsea are expected to have a go at them, and set up accordingly. The midfield battle will be crucial, and will likely see the Sky Blues edge forward.