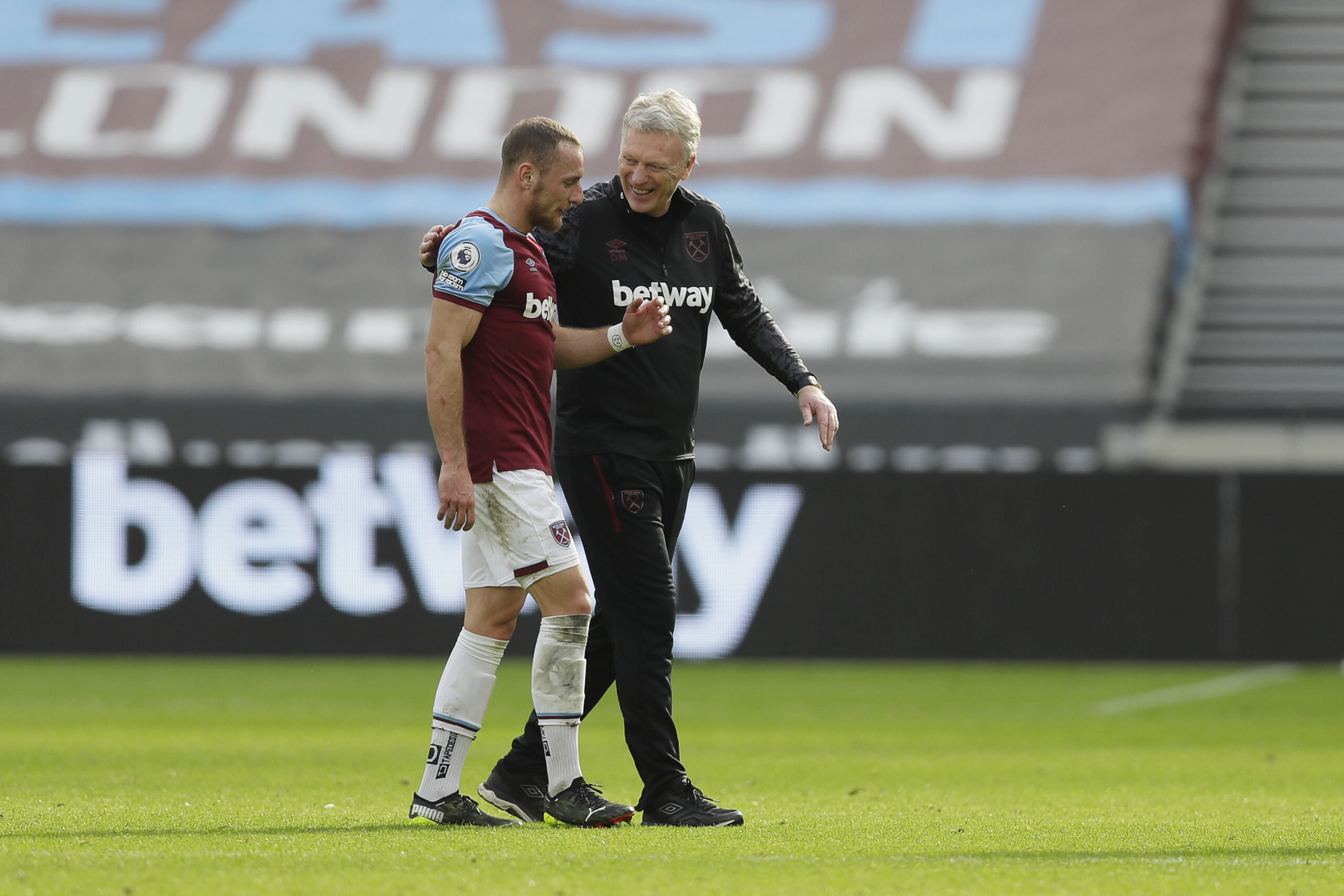 The two strongest contenders for the manager of the season clash in this weekend’s first matchup, with David Moyes’s overachieving West Ham United side travelling to meet Pep Guardiola’s juggernauts at the latter’s home ground. The Hammers have truly lived up to their name this season, as they’ve broken into the top 4 with a derby victory over Tottenham Hotspur, and now face the only side above them on the form table, as they look to cement their Champions League berth, at the expense of a large pack of chasers.

The former Manchester United boss was humble as usual in his pre-match press conference, citing that his counterpart on Saturday was the “only one candidate” in the running for the manager of the season award. It marks a quite remarkable turnaround from the man who left Manchester United with his reputation taking a major hit and had to fight his way back via Real Sociedad and Sunderland. But he looks at home now, and his team seems to be putting their best foot forward.

But even they will know that it will take more than just their best foot forward to surmount the giant boulder that is Manchester City; the Cityzens are undefeated in 2021, and coming off the back of a convincing midweek victory over Borussia Monchengladbach in the Champions League, to extend their run of successive victories (victories, mind you – not just an undefeated streak) to 19 in all competitions. This game also marked the return of Sergio Aguero, who will be seeking to stamp his authority on the games that remain, amidst reports of him having to “earn” a contract extension at the end of the season.

Guardiola’s City are presently chasing four major trophies, and with that, comes the most congested of fixture lists. While 10 points clear at the top of the table might allow some managers to take the foot off the gas pedal for just one little weekend­, Amazon’s documentary really showed how much of a mentality monster Pep is, especially around these times. City’s players will need to make the most out of their possession, and efficiency will be the name of the game for them, as they look to go 13 points clear at the top ahead of United’s clash with Chelsea. David Moyes mentioned that his players still need to do some work off the ball, especially against ”big teams”, and this is perhaps the biggest team to show off exactly what they’ve been working on at the training ground.

Nathan Ake was the only absentee from the squad last weekend, having returned to solitary training, but lacking match fitness. He should be sitting this out as well, with City having solid cover in the centre-half spot at the moment. Sergio Aguero came on as a substitute in the midweek CL game, so we may see him start for the first time in forever.

De Bruyne started against Arsenal, but sat out for the entirety of the 90 against ‘Gladbach, so he too, should be good for a starting berth.

Arthur Masuaku takes a step closer to match fitness with each passing week, but this week comes a little too early for him to be involved. Andriy Yarmolenko too is still nursing a medial ligament injury, which rules him out of contention.

Ryan Fredericks picked up a “little bit of a groin strain”, but Moyes confirmed that thankfully the injury isn’t a serious one, but that he faces a late fitness test if he wants to feature in the matchday squad. United-boy Jesse Lingard has been in fine form since making the switch to West Ham – he’s scored thrice in his four games at the London outfit, and his rivalry with City will add some good fuel to the West Ham tank.

I believe City’s strength in depth may be too strong for West Ham to overcome, and with City being as clean in defence as they’ve ever been in their modern history, I do see this match going their way.