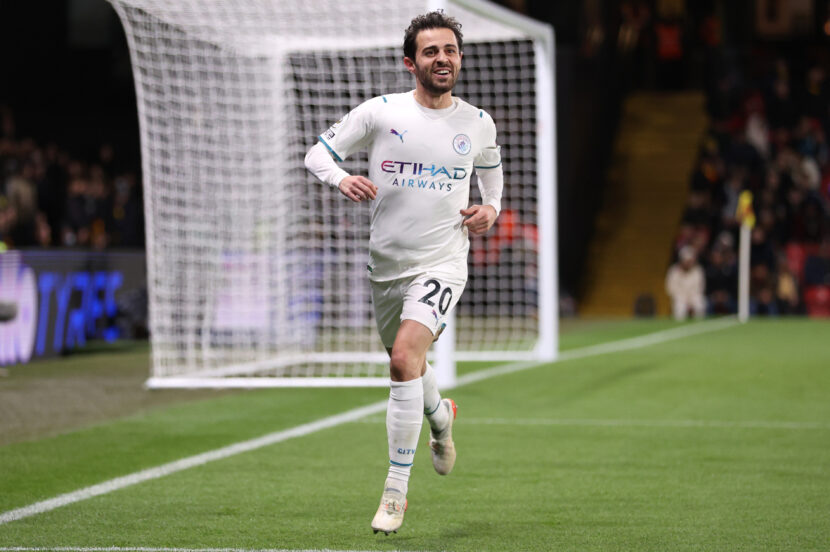 Pep Guardiola’s Manchester City side welcome Wolves to the Etihad Stadium this weekend, hoping to retain the top league which Chelsea relinquished last week. Guardiola’s side saw their fine run of form brought to a halt at the hands of Dominik Szoboszlai and Co. midweek, in a 2-1 loss away to RB Leipzig in the Champions League. To be fair, that was a fairly rotated side, but nonetheless, Pep’s men will be keen to stamp their authority domestically once more, and try and open up a bit of daylight between themselves and the chasers during the beckoning winter spell.

Wolves fans had their hearts broken right at the depth against Liverpool last week, with cult-hero Divock Origi rescuing the reds and snatching all 3 points from Wolves’ fans at the 90’ minute. Bruno Lage has been able to transform his side defensively, with Conor Coady and Co. only conceding 13 times in the league thus far, a figure bettered only by the present top 3. He’ll be keen to set his side up to be disciplined in defence and break forward with pace once an opportunity presents itself, something which Patrick Viera exploited to great effect a few weeks ago.

Bruno Lage’s side has been steadfast at the back, but they haven’t been equally prolific at the other end of the pitch, with the loss to Liverpool marking the 3rd straight game in which the Molineux outfit have failed to breach the opponent’s net. They presently sit in 8th spot with a -1 goal difference, suggesting that something needs to change if Wolves are to mount a serious Champions League / Europa League challenge.

While it is still relatively early to talk title chances, City would feel good in 1st place knowing that – barring Arsenal – they’ve already played the big 6 away, and that their destiny is in their own hands. Having already qualified for the Champions League at the top of their group, Wednesday’s defeat was completely inconsequential, and Guardiola will be keen to turn his focus squarely on to the league challenge now.

Nathan Ake and Phil Foden both suffered knocks against Leipzig and will face late fitness tests to evaluate their availability for the fixture. Guardiola specifically mentioned Foden, saying that “Knowing Phil, he’ll want to be there for us so we’ll see”, suggesting that the English international may feature from the bench.

Aymeric Laporte and Gabriel Jesus are also ailing from knocks, meaning that Guardiola’s side will be down to bare bones in both defence and attack.

Speaking of attack, latest reports suggest that City and Barcelona are “quite close” in their valuations of Ferran Torres, with a January move on the cards. City fans are understandably quite upset at City’s seeming willingness to reduce their asking price for one of the world’s top attacking prospects simply because it’s Barcelona who are knocking, but even to the neutral, it would be a barbaric piece of business if City sold their only makeshift striker mid-season, having started the season without a recognised out and out striker. Perhaps Mino Raiola’s words did have an element of truth to them? Only time will tell…..

Yerson Mosquera, Petro Neto, Jonny Otto continue to be long-term absentees. Conor Coady and Rayan Ait-Nouri also became doubts following the match against Liverpool, leaving Bruno Lage in an extremely unenviable position, as he looks for solutions as to who will feature in defence. Fernando Marcal faces a late fitness test after he contracted COVID-19. Should he be absent too, Lage has quite a conundrum as to who will feature at left-back.

I expect City’s league form to continue, especially considering the number of injuries that Wolves have to contend with. With Bernardo Silva in red hot form, and Kevin De Bruyne likely to start, Wolves’ defence will be tested to the limit, and City’s quality should eventually see them through.