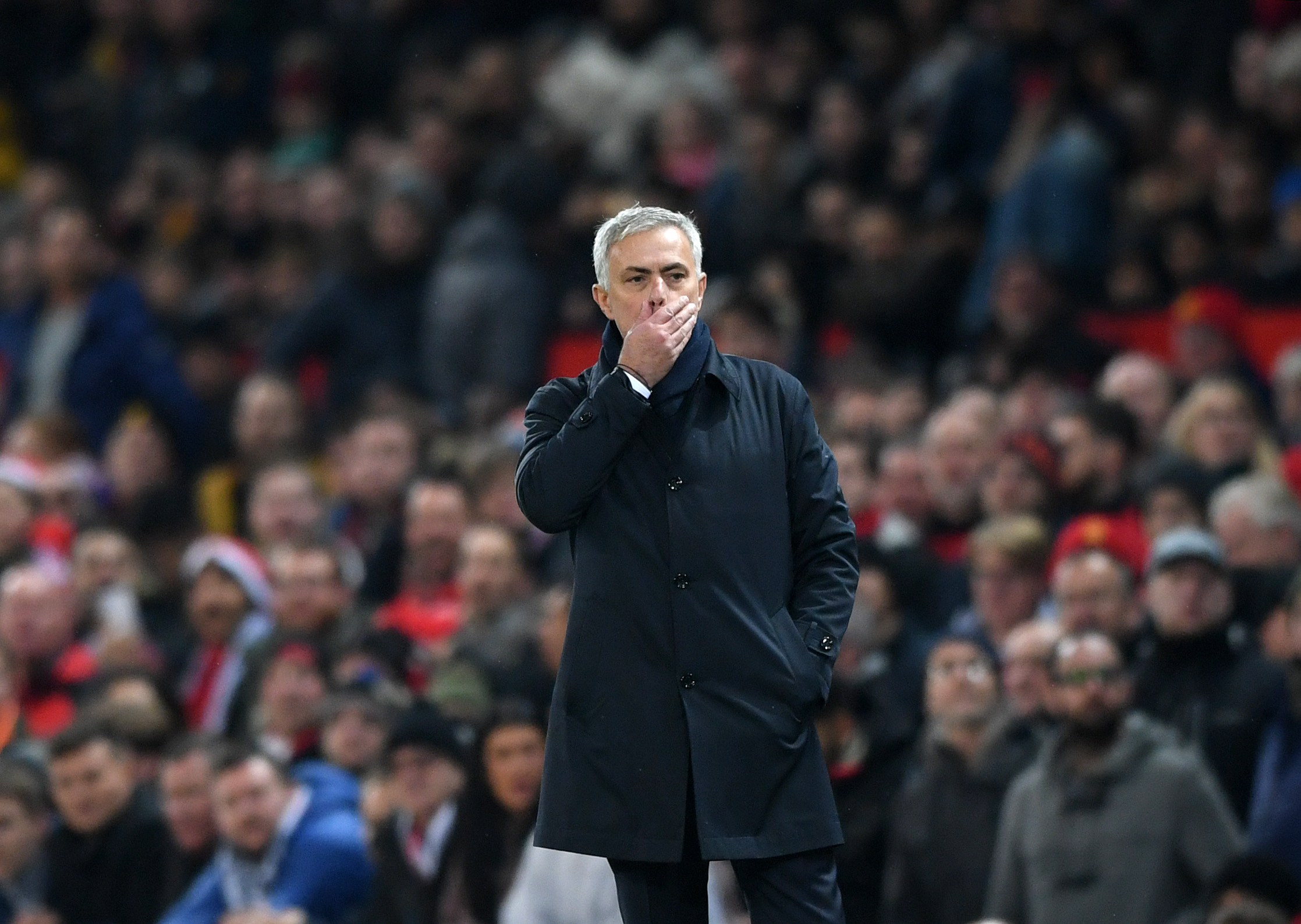 The honeymoon period for Jose Mourinho at Spurs is seemingly over as the Lilywhites were beaten 2-1 by the head coach’s former team on Wednesday.

Manchester United were quick out of the blocks and pushed Tottenham further and further back for much of the first 15 minutes and it only took six minutes for the deadlock to be broken as Rashford hammered the ball past Gazzaniga’s near post. The Argentine can be held culpable for the ball finding it’s way into the net, although Davinson Sanchez made a meal of getting it out of danger in the first place.

Against the run of play, Tottenham were able to claim an equaliser before the half time break as man of the moment Dele Alli made it three consecutive games he has scored in for the first time in over two and a half years. After peppering the United goal for a few seconds, the ball was parried about 20 foot into the air before being brought down excellently by Alli, who finished smartly past De Gea from a tight angle.

Manchester United re-established their lead just a few minutes after the second half commenced – a soft penalty was given away by Moussa Sissoko, who had a torrid evening all-round. Rashford soundly converted the spot-kick to take his tally up to nine for the season.

Tottenham could do nothing to get themselves another equaliser, as Manchester United looked alert to anything Spurs tried and were generally more up for the midweek fixture.

Some of the old Spurs leaking through

One of the more noticeable things that Mourinho has changed since he started at Tottenham is the way in which Spurs play out from the back. More specifically, the defence will send long balls far up the pitch much more often, instead of passing out from defence when it’s seemingly impossible to do so without having to hoof the ball up the pitch eventually anyway.

However, on Wednesday, Tottenham seemed to forget much of what Mourinho had told them about playing out from the back. Spurs looked to be so caught up in the intensity of the game that the Pochettino way of playing had forced its way into the players’ heads. They invited the pressure onto themselves but were not in the right frame of mind to capitalise on it.

On top of this, too many times Sissoko and Winks were holding on to the ball when under immense pressure – another aspect that was frustrating Spurs fans during Pochettino’s reign. Mourinho may have to drill into his squad’s heads in order to get the Mourinho mentality ingrained into their heads.

United back into the top six

Manchester United have clawed their way back into the top-six for the first time since mid-September, having been as low as 14th in the period since then. Ole Gunnar Solskjaer’s run at United this season has been far from shining, but the Norwegian manager has been grinding out some promising results of late.

The Devils are unbeaten in nine games at Old Trafford and look much more defensively sound when playing in front of their own crowd. The back four was switched on at all times and had very few problems dealing with threaded passes along the ground or through the air.

With the top four slightly segregated from the rest of the pack, the battle for the Europa places is likely as tight as it’s ever been in the Premier League, with just seven points separating the top six and the relegation zone.

Spurs’ away blues far from solved

Tottenham managed to salvage themselves from going almost the whole calendar year without an away win in Mourinho’s first game in charge – a 3-2 win over West Ham at the London Stadium. Truthfully though, they were playing against a very sub-par team with a boss realistically fighting for his job.

Manchester United presented a much sterner test and Spurs showed that they are nowhere near the right level to absorb pressure from a team with as much desire as Manchester United. In fact, Spurs have shown that they don’t even have to be playing in someone else’s stadium to buckle under pressure, having conceded two goals in every one of Mourinho’s games in charge.

With the Portuguese manager’s style often centred around defensive sturdiness, it’s somewhat surprising to be seeing little to no improvement in that department since he took over from Pochettino. Perhaps more rotation of the two central defensive positions would help secure the defence.

Marcus Rashford the star of the show

An interesting battle played out as Marcus Rashford took on in-form Serge Aurier down the left and, although the French defender did well to recover and stop the threat a number of times, Rashford was allowed to break through into space too many times, eventually leading to the two goals for Manchester United.

Rashford caused trouble while exploiting the little pocket of space that opened up between Sanchez and Aurier in defence. While the right-back was busy recovering from his attacking efforts, Sanchez had his work cut out for him on numerous occasions, with Sissoko late to cover for Aurier when Rashford burst into the box.

The pattern continued at a steady rate, with Rashford gaining confidence from his goals. The Englishman earned the accolades given to him by his manager after the match and is almost certainly a crucial part of Gareth Southgate’s future plans with the England squad.

Aurier and Kane not linking up properly

Part of Mourinho’s rejuvenation of Tottenham Hotspur has been the way he has got the best out of certain players. Dele Alli is the most noted example of this, but Serge Aurier has also been a benefactor of the new manager coming in.

Aurier’s attacking contribution has been particularly noteworthy, with the Frenchman putting in dangerous crosses on a regular basis. However, on Wednesday he couldn’t quite create that crucial link-up with Kane and Lucas that has resulted in a number of goals this season.

It’s hard to put blame on either Kane or Aurier, as neither player seemed to be on the same wavelength as the other. Aurier put in some testing crosses but Kane didn’t make the run suited to them. On the other hand, Kane found himself in good positions but the cross from Aurier either didn’t find its way to the right area or didn’t come in at all.

Man of the Match – Marcus Rashford

With England now the favourites to win the Euros with many bookies, Rashford could be a real talisman for the national team if he continues to put in convincing performances. Against Spurs, he was the best player on the pitch and deserved to get his brace.

Manchester United travel across the road for the Manchester derby on Saturday, while Spurs are at home to Burnley, who lost 4-1 to Manchester City on Tuesday evening.