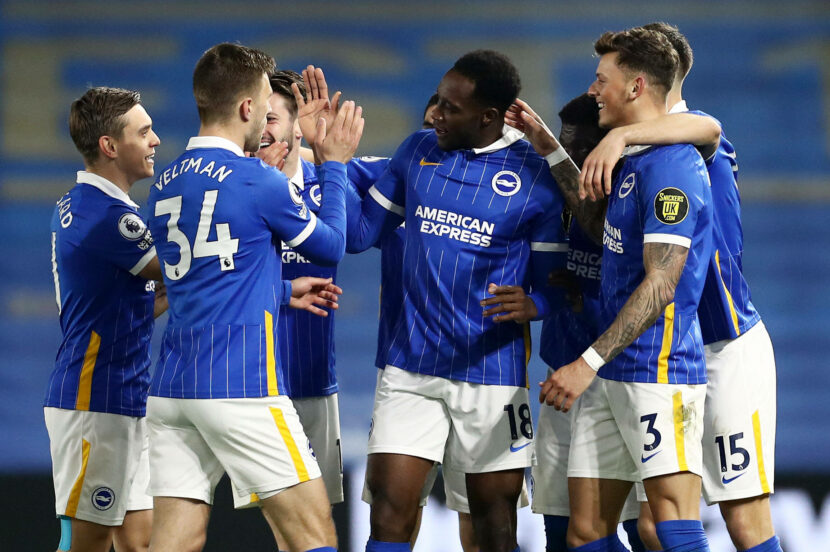 Chelsea’s shock 5-2 defeat at home to West Brom preceded Leicester City’s 2-0 loss against runaway leaders Manchester City. Three points for United would see them all but wrap up a place in the Champions League and further strengthen their grip on second place.

Brighton meanwhile sit in 16th and will be keeping half an eye the teams behind them as they look to maintain their Premier League status. While the Seagulls do sit six points ahead of Fulham in 18th, this Premier League has thrown up countless unpredictable and shocking results. Manager Graham Potter will not be getting complacent, and a positive result at Old Trafford on Sunday will be a great start as they prepare for the business end of the campaign.

Sunday’s encounter will be an interesting encounter on a number of fronts. In the reverse fixture at the Amex, there was huge VAR controversy as Bruno Fernandes scored a last-minute winner from the penalty spot after the final whistle had been blown. A VAR check showed that with one of the last touches of the game, Neal Maupay had handled the ball in the area and a penalty was subsequently given.

Furthermore, after being dumped out of the FA Cup by Leicester before the international break, Ole Gunnar Solskjaer’s side can only win one trophy this season – the Europa League. With the top four pretty much sewn up, will Solskjaer have half an eye on Thursday’s quarter-final trip to Granada?

Albion have lost their last five matches against Manchester United in all competitions, and if they are to end that losing run they will have to break down a United defence that has gone four successive league games without conceding.

David de Gea is available for selection after returning to Spain for the birth of his child. Dean Henderson has deputised well, and it will be interesting to see who will start on Sunday night. Anthony Martial suffered a knee injury on international duty and looks unlikely to be fit, paving the way for Mason Greenwood to start. Victor Lindelof is another who could miss out for the hosts, with Eric Bailly the likely option to come in at the back.

For the visitors, Aaron Connolly picked up an injury while on Republic of Ireland duty, but could still be fit for the trip to Manchester. However, given the strong recent form of former United player Danny Welbeck, the Englishman could be given the nod to partner Neal Maupay up top. Florin Andone, Solly March, Tariq Lamptey and Adam Webster are all long-term absentees.

Brighton’s unpredictability factor is something that Solskjaer’s side will find difficult to prepare for. On their day, the Seagulls can cause problems for any side. However, United’s strong recent defensive showings should be enough to shut out a Brighton attack that doesn’t score too many goals, and they have too much quality in their own attack to not cause the visitors plenty of problems. United should win this one relatively comfortably.