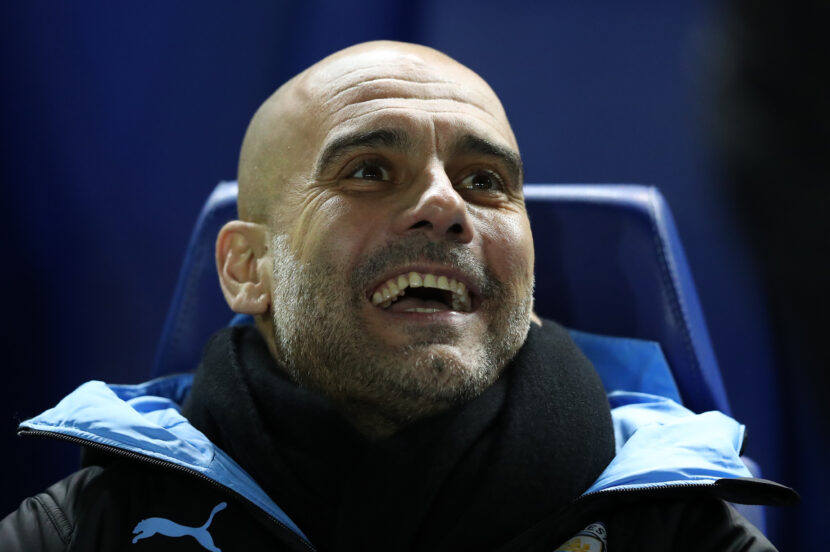 Ole, Pep, Ole. That’s how the three Manchester derbies of the season have gone so far. Sunday gives Pep the opportunity to pull the score level with his Manchester United counterpart, as City look to pull further clear of Leicester in second, and United look to keep abreast of everyone between sixth place Wolves to 11th placed Everton.

United welcome City to Old Trafford, unbeaten in their last nine along with progressing through to the next stages of the FA Cup and the Europa League. City meanwhile look to avenge their Etihad defeats on the back of lifting the Carabao Cup for the third time running, and also dispatching Sheffield Wednesday 1-0 in Thursday’s FA Cup tie.

Much of the storyline would have been around the classical ‘Pogba v/s De Bruyne’ battle, but it seems that will not likely be the case. Bruno Fernandes has now firmly taken over the perception of the club’s messiah after setting the ground ablaze with his form following his mid-season transfer from Sporting Lisbon. So much so, in fact, that it seems the balance of power in the notable ‘power-play’ battle between Pogba and the club’s hierarchy has shifted significantly in the latter’s favour. Regrettably, for City, De Bruyne landed awkwardly late on in their cup final victory over Aston Villa and is a doubt for the derby.

Other than the issue highlighted above, Ole Gunnar Solskjaer faces a dilemma. His side put in one of the best tactical displays I’ve seen at the Etihad Stadium in quite some time, as they emerged 2-1 victors in December. However, Guardiola and his men beat them 1-3 in the Carabao semi-final’s first leg in effortless fashion, effectively playing three false nines, and practising this immense tactical change for “about 10-15 minutes”. So, does Ole take the initiative of the game in front of a jubilant red crowd, or does he try the ‘guess and counter’ tactic against Pep and possibly come up short?

Manchester United are looking at doing the league double over City for the first  time since Fergie retired, having last achieved in a decade ago, in the 2009/10 season

Manchester United have lost their previous 3 home derbies to City, losing 4 on the bounce just once previously, nearly a century ago

Harry Maguire suffered an ankle injury in training, which caused him to miss the 3-0 win over Derby County in the FA Cup. Ole Gunnar Solksjaer mentioned his situation as “touch and go”, but seems to be more on the optimistic side that he’d recover in time to lead the side in the derby.

Citing Saturday to be a ‘recovery’ day, the gaffer also said he would assess the conditions of wide pair Aaron Wan Bissaka and Daniel James. Wan-Bissaka particularly was extremely impressive in his 1v1s against Raheem Sterling the last time these two faced off in the league and could prove to be a huge loss, should he not be fit enough to start.

Marcus Rashford, Paul Pogba and Lee Grant are still sidelined for the Red Devils, although the goalkeeper did sign a year’s contract extension very recently. Odion Ighalo could be a surprise inclusion in the starting XI.

The focus is on Kevin De Bruyne in terms of the Citizens injury list and whether or not he’s able to shake off the knock mentioned in the opening vignette to this article. Guardiola hasn’t provided any news to swing the probability factor either way.

Leroy Sane started and completed 53 minutes against the Arsenal under 23 side last weekend, as part of his road to first-team football after suffering an ACL injury against Liverpool in the Community Shield. He’s been a big miss for City in the months just passed, and the fans are hopeful that he will commit his future to the club and sign the contract extension that he’s hitherto rejected.

Phil Foden was instrumental in the cup final against Villa, and City used his silky touch and ability to carry the ball to break Villa down, as he rocked a marginally unfamiliar position, and emerged Man of the Match. It was hence a surprise to see him benched for Sheffield, but Guardiola reaffirmed his plans to play him in the “next games”. Aymeric Laporte will be out for up to a month and is a confirmed absentee for this game.

I feel City’s momentum at present will be too strong for United, and while they will be frustrated by what I believe will be a very energetic and a cagey Manchester United midfield three, I think the Citizens will find a way, as they all look to lay down a marker for Pep to select them ahead of the pivotal home Champions League leg against Real Madrid.