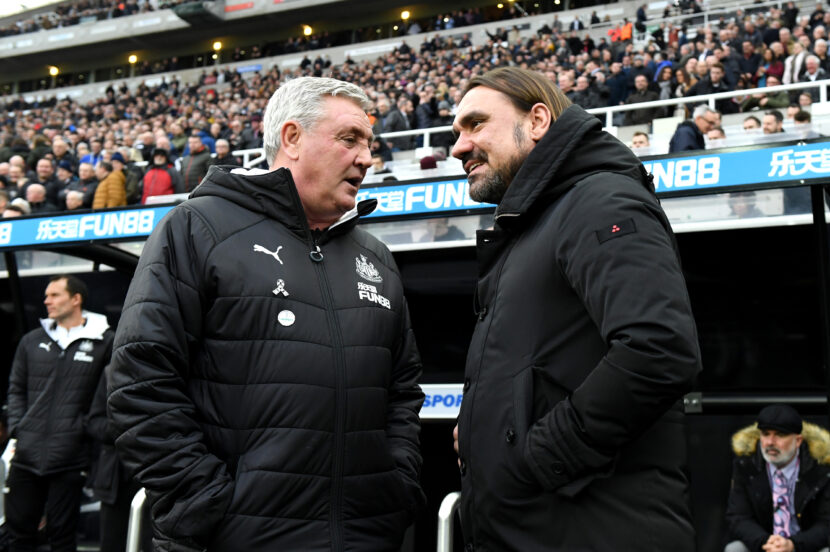 Neither side were unable to find the back of the net in a lacklustre clash between Newcastle United and Norwich City on Saturday.

Both teams fired plenty of shots with few coming on target as Norwich full-back Sam Byram was denied a certain goal by a reflex save from Martin Dubravka early on. He then sprung to tip wide a long-range half-volley from Teemu Pukki and the Slovak maintained his spectacular form in a Magpies shirt in this tie.

His opposite number, Tim Krul, returned to St. James’ Park and faced a flurry of shots himself, most of which he was untroubled by. The Dutchman stretched to prevent Joelinton opening the scoring and saw Almiron head wide from the rebound.

New loanee Ondrej Duda’s deflected shot looped over the bar whilst Grant Hanley headed into the turf and over from a corner. A rare Jamaal Lascelles error saw Pukki through on goal. However, the Finn, who hasn’t scored a goal from open play since 14th December, failed to beat Dubravka.

Federico Fernandez was the last man to get a chance for Newcastle but his header lacked strength and was easily tipped over. Neither side had the cutting edge to earn all three points in this game and, at this stage of the season, Norwich need to win these games.

Magpies boss Steve Bruce said, boldly, after the game: “I think what’s important is when you play so poorly, don’t get beaten. In forward areas, we looked tired and jaded. Defensively, we gifted them a couple of opportunities. We must offer more on the counter-attack and that has been missing over the last couple of weeks.” “We take pride in being difficult to play against but when we have the ball, we’ve got to do more.”

Away manager Daniel Farke also gave his verdict on proceedings. “It’s certainly not the perfect outcome. You wish for wins and we were dangerous with our counter-attacks and positioning. Many compliments today for the players. I can praise our attitude, I can praise our spirit, I can praise our performance but at the moment, I’m greedy. I wanted to win this game.”

Farke’s side sit rock bottom of the league and face title favourites Liverpool in their next match. Newcastle United are unbeaten since New Year’s Day and currently sit in 13th – just five points off Europa League qualification and six off relegation.

During the summer transfer window of 2018, Newcastle United lost Salomon Rondon and Ayoze Perez – the two players who had reached double figures with their goals in the previous campaign. The third highest scorer was centre-half Fabian Schar. It seemed, therefore, that a striker was a necessity.

The Magpies signed Brazilian forward Joelinton from Hoffenheim for £40million. The striker netted 11 times for the German club in 18-19 and arrived as the new face of Newcastle’s attack in the same week Steve Bruce joined.

Fast-forward to January and Joelinton has scored just one league goal in 22 appearances in black and white. Club legend Alan Shearer described him as having “no confidence whatsoever and basically never looks like scoring”.

Joelinton was teamed with Miguel Almiron and Allan Saint-Maximin in attack; two big-money signings who have, in turn, failed to consistently impress, scoring just three between them. Only Crystal Palace have scored fewer than Newcastle’s 24 this season, an issue which the club appear to have failed to address in the January window.

Norwich City have been unable to convert great chances into goals for large parts of this season. Midfielders Emi Buendia and Todd Cantwell have adapted to Premier League life with consummate ease. The former is only beaten by Kevin De Bruyne and Trent Alexander-Arnold in the assist charts this season. However, the Canaries are joint with their opponents Newcastle on just 24 goals all campaign.

The side had 19 shots in this game with only four coming on target. Apart from Manchester United failing to score from 24 shots against Burnley earlier this season, Norwich’s display was the most fruitless this season.

Despite earning a clean sheet away from home, Norwich’s six-point margin from safety increased to seven after this game and results elsewhere.

Steve Bruce has had a superb January transfer window. Algerian midfielder Nabil Bentaleb joined on loan from Schalke and was the only new recruit to feature. The former Spurs man impressed in the game and created four chances for his teammates. England left-back Danny Rose also joined temporarily from Spurs and the Magpies brought in Austrian wing-back Valentino Lazaro on a loan deal from Inter Milan.

Newcastle face Oxford United in an FA Cup replay on Tuesday and will next face the challenge of Arsenal on 16th February. Norwich City’s challenge is perhaps harder as they travel to Anfield on the 15th.