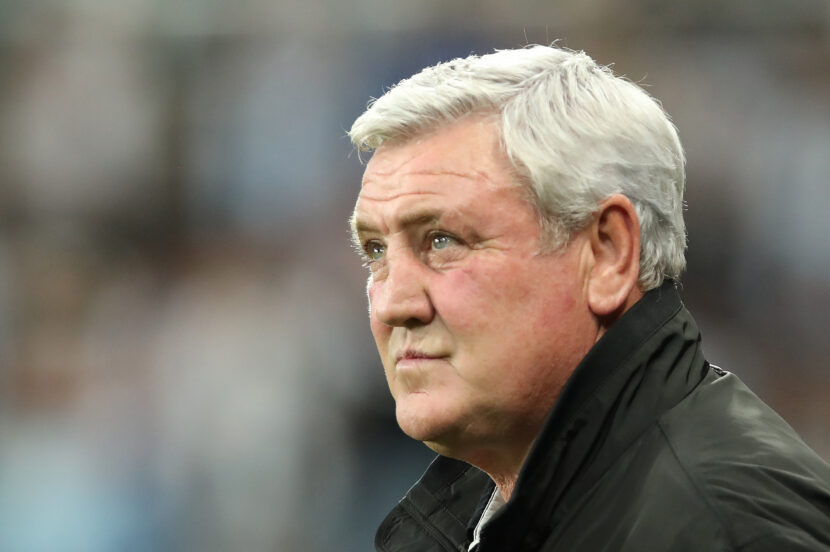 Following a hectic international break period for Newcastle United, in which the successful takeover by a Saudi Arabian consortium was announced, Tottenham are the first to take on the Magpies under new ownership.

Along with the long-criticised owner Mike Ashley out the door, manager Steve Bruce’s future at the club is also at risk. The whole situation on Tyneside is volatile but it has been confirmed that Bruce will take charge of his 1000th managerial game on Sunday. How many more matches he will play a part in is yet to be established but, at the time of writing, Unai Emery and Frank Lampard are two favourites to be the next manager at Newcastle.

In fact, all players at the club have their position at risk, although some more than others. A player who could probably get into any Premier League team is Allan Saint-Maximin. The Frenchman is one of those individuals who causes managers to tweak their own standards, just to stand a chance of nullifying the talent of such a player. The likes of Adama Traore and Wilfried Zaha also come to mind as analogous comparisons, all possessing the technical ability to overrun a defence who don’t have the right counter-tactics. Saint-Maximin will be the next attacker eyeing up Tottenham’s defensive frailties, and his skill makes him a valuable presence at Newcastle, no matter the wealth of the owner.

In terms of Newcastle’s immediate possibilities, turning a club into a European contender doesn’t happen overnight, especially for a team that has suffered through largely uninterested ownership for over a decade. The next step for the Magpies is to escape a relegation battle unscathed. It’s inevitable that a drop down a division would reverse itself at most a couple of seasons later, and some fans may even welcome a dip into the Championship as a reminder of where the club has risen from. The remainder of autumn fixtures are tough ones for Newcastle, and we will get a bigger picture of how the club has responded to the drastic changes come December.

Tottenham tend to succumb to the two-week absence of league football that accompanies an international break. Perhaps the most stark example of this came around a month ago when Spurs suffered three consecutive heavy defeats immediately after the international period. Nuno Espirito Santo’s men have only just shown signs of a recovery with a 2-1 victory over Aston Villa, but now we’ve had another break in domestic football, we may see Spurs falter once again as a result.

Nuno is a hard-headed manager, and will be drawing up tactics to deal with the buzz around St James’ Park. These sort of tactics typically come in the form of a measured approach to attacking, and of course an organised and disciplined approach to defending. Cristian Romero was in place of Davinson Sanchez against Aston Villa, and looked far more confident in the centre of defence, as did his partner Eric Dier. Romero seems a more assured choice for Nuno, especially against a team who will be invigorated by their new wealthy ownership, and eager to impress a potential new manager.

Spurs will want to come away from St. James’ Park with three points however, and can’t do that without their attackers performing. Harry Kane is unbelievably still yet to grab a league goal, but Heung-min Son has proven his worth a number of times this season. Despite this, Spurs have struggled for goals a little this campaign. Rumours have circulated that Newcastle are actually on the hunt for Dele Alli. The gap left behind could pave the way for a new attacking midfielder to sweep into the team in the January transfer window.

A number of Newcastle players have recovered from their respective injuries, including Callum Wilson, Jonjo Shelvey, Jamaal Lascelles and Joe Willock.

Goalkeeper Martin Dubravka has been participating in recent training sessions, but is one of two players unavailable for Steve Bruce’s 1000th team selection. The other player is Paul Dummett, who has been suffering recurring calf problems since before the season kicked off.

Miguel Almiron has been away on international duty with Paraguay, and as such is a doubt to play so soon after their last match.

Tottenham have a quartet of South Americans who have featured in recent international fixtures, most of whom play in defence. Davinson Sanchez, Emerson Royal, Cristian Romero and Giovani Lo Celso are these players.

Other doubtful defenders are Ben Davies, who has featured in training while potentially still feeling the effects of appendicitis, and Matt Doherty, who was substituted for an injury in an international friendly.

Elsewhere, Steven Bergwijn is recovering well from an ankle injury and has also been involved in training.

The electric atmosphere that will undoubtedly be buzzing around St. James’ Park should bode well for an entertaining matchup this Sunday. Both teams have let in a significant amount of goals this season, so attackers of both sides will be licking their lips ahead of this match.