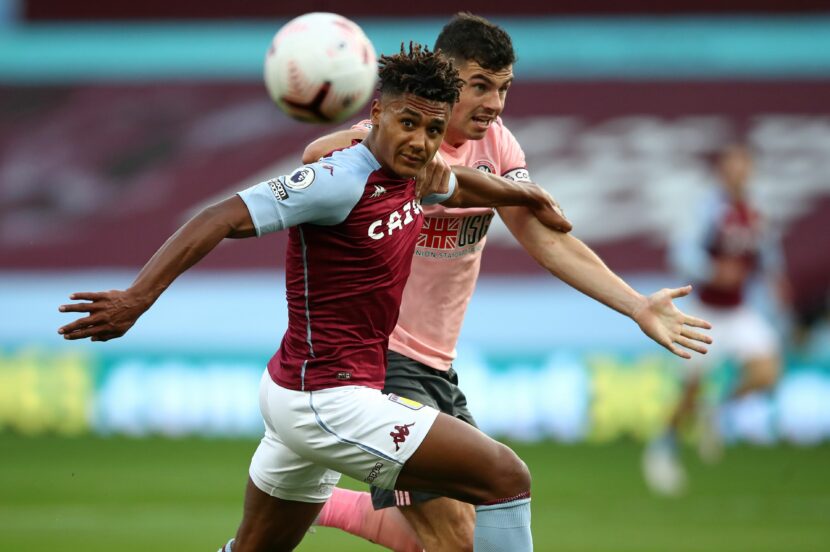 Ollie Watkins: the £28m man who Edens and Sawiris have backed to deliver in B6

A young man from sunny old Devon has recently become Aston Villa’s record signing at £28m + £5m of potential add-ons. We’re talking about a meteoric rise from League 2 and even Non-League at Western-Super Mare, all the way to the top-flight that only the likes of Leicester fans have seen with Jamie Vardy. Can Watkins fire Villa up the table this season and help them match the lofty ambitions of their owners, Nassef Sawiris and Wes Edens? Can another £64m on transfers this summer push Villa up the table? In what is undoubtedly a pivotal season for the Villans – Ollie Watkins will hope that his move up the M1 and M6 will be a fruitful one; for both parties.

From Devon to London – the initial rise

Watkins moved across to Brentford in 2017 after impressing for Exeter City, scoring 26 goals in 78 appearances, mainly being deployed as a winger. Last season, Watkins was finally made the focal point of Brentford’s attack as a centre-forward, after long being deployed as the left-winger who chipped in with more assists than goals. 2019/20 saw Watkins positioned in the middle of the BMW attack which made Brentford top Championship scorers last season, ‘BMW’ being Said Benrahma, Bryan Mbeumo and Watkins himself.

Watkins managed to score 26 goals, all of them in open play. The goals consisted of an even split between his left-foot, right-foot and head, meaning that Watkins appears to exude the ‘perfect’ characteristics for a striker with an all-rounded approach to the game. The powerful Brentford vehicle, which spearheaded Brentford’s charge towards promotion inevitably alerted suitors, especially after their disappointing Play-Off Final loss to Fulham. Villa and Dean Smith came calling, beating off competition from Leicester, Fulham, Crystal Palace and Spurs to try and prize part of the Brentford engine away from West London.

A testament to his character and versatility

Can Ollie make the step up to the Premier League? A lot depends on how the young man handles the hefty price tag. One would imagine this would phase some players – however, his character is one of the main reasons that Dean Smith has elected to sign him for a second time, after previously signing him as Brentford manager. After the acquisition of Watkins last week, Smith said “He is a hugely determined character who has both the ability and personality to succeed at the highest level.” Villa are in desperate need of a versatile forward, with Wesley still injured, Keinan Davis struggling for goals and likely to go out on loan, and Mbwana Samatta also struggling to make an impact. Watkins will be relied on heavily and is almost certain to start. Watkins can also move over to either flank and play as a winger. Dean Smith did previously utilise him in this way at Brentford but Villa will look to deploy him as the main man following on from his successful season as a centre-forward.

Talking tactics – why he will score goals at Villa

Dean Smith likes to talk about expected goals per game, and Villa, especially at the start of last season, were expecting to score a lot of goals based on this statistic. Averaging out through the season, their xG was 1.19 per game according to Understat.com, which is a fair amount for a side which struggled in the striking department and relied heavily on midfielders contributing towards goal involvement.

Unfortunately, their defence was expected to concede even more at xGA 1.88 per game. They tightened the defensive ship up post-lockdown however and now Villa will continue to pose a big threat going forward. With the arrival of Bertrand Traoré and the potential arrival of Milot Rashica, Villa look to have a very exciting support cast for Ollie Watkins.

News of a new 5-year deal for their talisman Jack Grealish means that Villa have the creativity to support Ollie Watkins in his mission to score as many goals as possible in a Villa team desperate to avoid another relegation battle. Watkins’ movement is one of his main strengths, playing off the shoulder and moving centre-backs about. Grealish, Trezeguet, El Ghazi along with the potential new arrivals at B6 means that if Watkins can continue to shift defences as he did last season, he will certainly get lots of chances to bag goals in a young, exciting Villa side. Villa play a similar 4-3-3 system to Brentford with attacking full-backs, so the transition between playing styles for Watkins should be seamless, with creativity offered all over the pitch.

One caveat that Villa may need to look out for though is Watkins’ tendency to stray offside. With 57 total offsides last season, one of the highest in the Championship, Watkins will need to become more disciplined in order to beat Premier League defences, especially those ones that play with a high line. However, he certainly has the intelligence to combat this and he has scored two goals in two games for Villa so far, against Manchester United in a friendly and against Burton Albion in the cup. Both poachers’ goals, which were well taken.

Ollie Watkins certainly has the attitude, the footballing IQ and the right system in place to score goals at Aston Villa. With a decent performance against Sheffield United and an upcoming clash with Fulham, Villa will hope the young man gets off to a good start. Although shouldering a lot of responsibility, the West Midlands outfit will be confident that the man from Newton Abbot can be the newest hit in the Premier League.