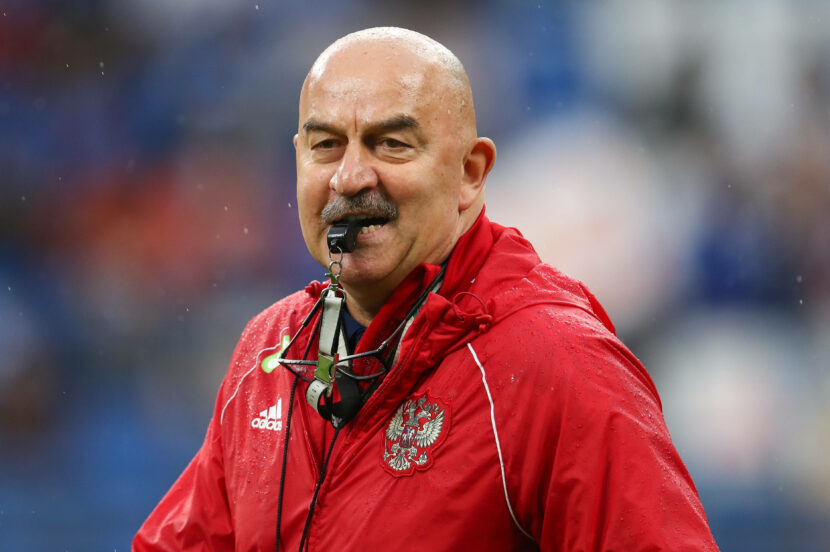 Champions of the inaugural European Championship back in 1960 when they played as the Soviet Union, Russia have undergone a transitional period in recent years.

The old guard delivered a disappointing farewell with a limp showing at Euro 2016 but a refreshed lineup restored national pride at the home World Cup two years later.

Now in 2021, Russia will be hoping to kick on and progress from a challenging group B.

Despite being beaten emphatically by fellow Group B side Belgium home and away, Russia won all eight of their games against the rest of their qualification Group I opponents to qualify comfortably.

Artem Dzyuba finished top scorer in the group with nine goals, while Stanislav Cherchesov’s side were equally mean in defence, conceding just one goal in their eight fixtures against Scotland, Cyprus, Kazakhstan and San Marino.

One of Russia’s heroes from the 2018 World Cup, 32-year-old Artem Dzyuba will captain his country at Euro 2020.

With 29 goals from 51 international appearances, Dzyuba needs just one goal to equal Aleksandr Kerzhakov’s all-time record of 30. A nailed-on starter in Russia’s starting XI, don’t be surprised to see the big man towering over defenders and reaching that milestone this summer.

One to Watch – Aleksei Miranchuk

One of a select few in Russia’s squad who plays club football outside of Russia, Miranchuk’s exciting style of play earned a move to Italian side Atalanta in 2020.

Though his debut campaign bore little fruit in terms of goals and assist, he did enough to prove that he has a future at the club and will enter Euro 2020 a better player for it. Likely to compete with the likes of Denis Cheryshev and Aleksandr Golovin for a role in Russia’s attacking midfield, Miranchuk has the potential to be Russia’s shining star this summer.

No member of the Russian squad featured in the Premier League in 2020/21, with veteran Yuri Zhirkov the only one with any Premier League experience in the past.

Zhirkov is one of only eight Russians to have featured in the Premier League, along with Andrei Kanchelskis, Dmitri Kharin, Alexei Smertin, Andrei Arshavin, Pavel Pogrebnyak, Diniyar Bilyaletdinov and Roman Pavlyuchenko.