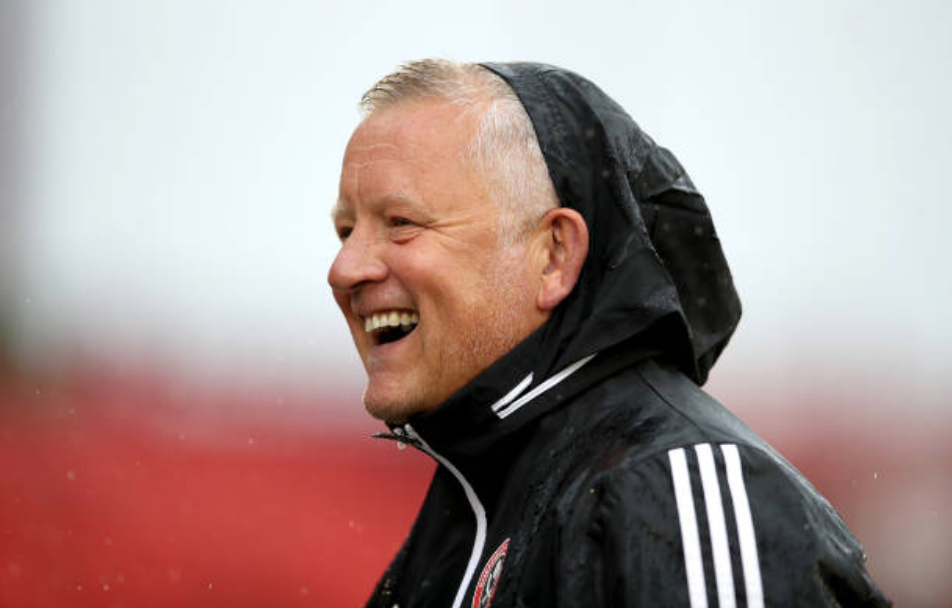 Sheffield: the Steel City. A city with a long and ardent footballing heritage and a city home to the world’s first football club: Sheffield FC. More importantly, a city where the most prominent sound on the terraces is a song about a ‘greasy chip butty’ which rings around Bramall Lane. But it is a city that has lacked top-flight footballing representation for over a decade – until now.

With Chris Wilder at the helm of the red and white party bus, Sheffield United have achieved a meteoric rise from playing in League One only three seasons ago to reaching the coveted promise land of the Premier League with a team that isn’t too dissimilar to the side that lost 4-1 away to Walsall three years prior.

Granted, football pundits across all outlets are tipping the Blades to go straight back down to the Championship in seemingly a bout of “familiar face” bias as they haven’t been seen in the top-flight since 2007 – homogeneous to the treatment of teams like Wigan Athletic and Huddersfield Town ahead of the 2005/06 and 2017/18 seasons respectively. But should they be written off before a ball has even been kicked?

“I think we have a superb chance of staying up this season and I’m fully expecting us to do so! Our playing style seems particularly suited to the Premier League with our emphasis on keeping possession and working the ball into dangerous areas. I think we may well surprise a few people and pundits with the quality of our football; when they are maybe expecting a more stereotypical strong, powerful side, Sheffield United are a team of bruisers & battlers!  I think that if we steer clear of injuries to key players and with our fair share of luck, we can finish about 13th.” – Kevin Gage, 141 Sheffield United appearances.

Whilst the former United defender and Player of the Year may be expected to be overly optimistic, it is definitely agreeable that Chris Wilder’s fluid style of play may just be perfectly suited to securing Premier League survival. The consummate manager lines up regularly with a 3-4-1-2 formation where the wing-backs of Enda Stevens and George Baldock push forward and the defence works in a ‘false five’ system – with defensive players overlapping and overloading the flanks to thin the middle of the opposition for attacking players to exploit.

This also creates a swarming midfield with the likes of Oliver Norwood and John Fleck holding possession and exploiting the thinned central defensive coverage to provide a strong playmaking presence; allowing both players to each notch eight assists last season.

‘High pressure’ and ‘overloading’ are the keywords in Wilder’s footballing dictionary with an intense and highly offensive tactical style easily disposing of Championship opposition which could well catch some top division sides off guard. Having said this, a skilled team that can pass around the constant pressing in midfield may be able to exploit openings that the Sheffield United players have exposed by pushing towards the ball – a risk to Wilder’s overly belligerent style of play.

Alternatively, Wilder’s set up allows for an efficient shift to ‘shut up shop’ with the two attacking wing-backs falling back into a stern defensive line and the three central midfielders staying compact in the middle of the park to create a 5-3-2 formation. When firm defensive coverage is needed, striker David McGoldrick will often track back to add an extra physical presence in midfield against dangerous opposition to see out the game in a 5-4-1 layout. Whilst very negative, this allowed the Blades to keep 21 clean sheets last season – the most in the league with Dean Henderson securing the Golden Glove, and an exceptional trait to have when Sheffield United will be going into most games this season as the underdogs.

“Obviously I’m a huge fan of Chris Wilder! How could anyone not be? His track record throughout his career is quite amazing with promotions and play-offs, and even saving teams from relegation in hugely difficult circumstances can be put down as successes. He’s never been relegated either, which of course will be tested this season!

As for his style, I think its no great secret that he’s a bit old-school in that he actually man-manages and tries to get the very best out of his players and staff with excellent communications skills and trying to create a first-class atmosphere and good feeling all around the workplace allowing his players to flourish. On the training pitch and in the dressing room he’s proved himself as a superb motivator and also, I think, a quite brilliant tactical innovator. The Blades have genuinely invented a new playing style with their use of over-lapping centre-backs. It really is unique!” – Kevin Gage

In a similar vein to teams promoted in recent years, the Blades are entering the Premier League with a squad of proven Championship players – a risky strategy due to the team’s top-flight inexperience but one that pays off both monetarily and over the course of the season if the squad gels and performs; as opposed to Fulham’s 2018/19 season where the revolving door of expensive and flash signings ultimately led to the Cottagers’ demise.

The aforementioned Norwood and Fleck look more than capable enough to hold their weight in the top flight and provide a prolific passing identity in the Sheffield midfield whilst also maintaining high-tempo pressure when off the ball. The veteran target man striker Billy Sharp has been firing on all cylinders in pre-season and with 23 goals last season he possesses real clinicalness in front of goal and could still prove to be a scoring force – even in the twilight of his footballing career at 33-years-old.

Whilst Sheffield United are attempting to be savvy this transfer window with smart acquisitions rather than the Fulham-esque method of buying big and asking questions later, some recognisable faces will be donning the red and white strip at Bramall Lane this season. On top of the Blades’ adroit options in defence; with Jack O’Connell already having a proven physical guise in the backline at 25-years-old, the return of Sheffield’s prodigal son in Phil Jagielka after twelve years away in Merseyside brings a huge wealth of experience in a side that largely lacks top-flight exposure – a huge addition to the changing room as well as on the field.

Ravel Morrison is another recognisable character for avid Premier League fans, with the former West Ham culminating his gap-year travels around Italy, Mexico and Sweden to move permanently to the equally-exotic county of Yorkshire. Whilst the former prodigy’s career may have taken a lull in recent years, Morrison has looked one of the most eager players in United’s pre-season and Chris Wilder could provide the spark needed to jump-start Morrison’s career in the same way he rejuvenated journey-man Leon Clarke in the 2017/18 season. If Wilder can work his magic, Sheffield United would have an extremely talented and lethal attacking midfielder at their disposal.

“I think Jack O’Connell will become a PL superstar defender in a year or two, along with John Fleck who just gets better and better every season and will adapt and do so again next season. The same goes for Enda Stevens, who rarely ever puts a foot wrong and his deliveries from that left flank are getting more consistent and more dangerous as he gains experience as to the timing and execution of them.” – Kevin Gage

Sheffield United have also dipped into the crop of consummate Championship talent to sign players ready to make the jump to the Premier League. The acquisition of Callum Robinson from Preston North End is a prime example of this, with the 24-year-old Republic of Ireland international perfectly suited to play alongside a physical forward in McGoldrick and can be a lethal counterattacking outlet when the Blades’ try to close off a game in a 5-4-1 formation; with Robinson’s immense pace and acceleration keeping the opposition on their toes even when he has little support in attack.

The former Aston Villa man has also been the stand-out performer in United’s pre-season campaign, possibly indicating that Wilder may have uncovered a gem in Robinson. Luke Freeman and Ben Osbourne are two other acquisitions with similar credentials to Robinson; with Sheffield United paying QPR a reported £5 million for Freeman to slot in just in front of the centre-mid pairing of Fleck and Norwood to act as provider whilst Osbourne works as a more attacking alternative to Enda Stevens on the left flank.

However, by far the marquee gemstone in Chris Wilder’s red and white crown is the £20 million club record-smashing signing of 23-year-old Oli McBurnie from Swansea. Whilst not the most experienced attacking option, the Scotland international is exceptionally well-rounded and excels in numerous facets of the attacking game.

On top of his extremely impressive 22 goal tally last season, McBurnie also finished the campaign with the second most headed goals, second most key passes in the Championship and a 30% goal conversion rate; frightening statistics for a young gangly lad playing in a Swansea team that weren’t even close to the play-off picture let alone the top end of the table.

Despite what his overbearing stature might suggest, McBurnie is certainly a mobile target man and has a tendency to run with the ball and attempt to beat a man – a rare commodity for a player seemingly built for route one tactics and complementary traits for a strike partner to have alongside either McGoldrick, Robinson, Sharp or even new boy Lys Mousset.

So whilst certain pundits may chastise Sheffield United, and whilst other pundits may dismiss their chances of Premier League survival and criticise the “Championship standard” squad that Chris Wilder has put together, keep their comments at the forefront of your mind when this ‘Championship club’ causes some Premier League upsets this season – because whilst the naysayers might be eating their words, the Bramall Lane faithful will be eating their “greasy chip butties”. 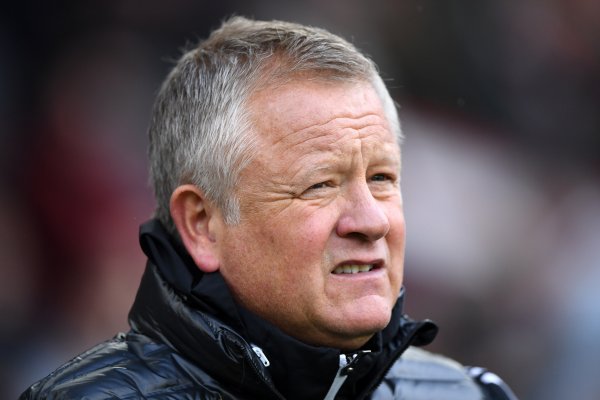 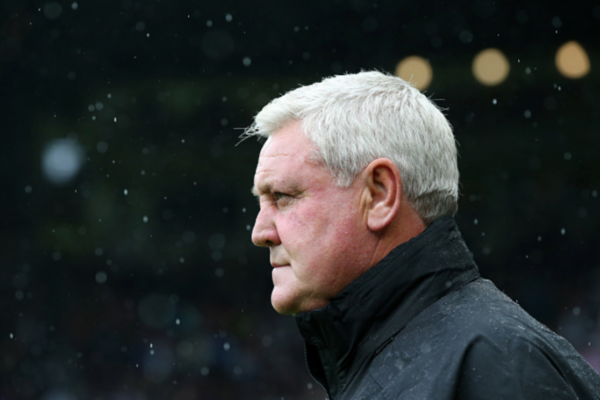 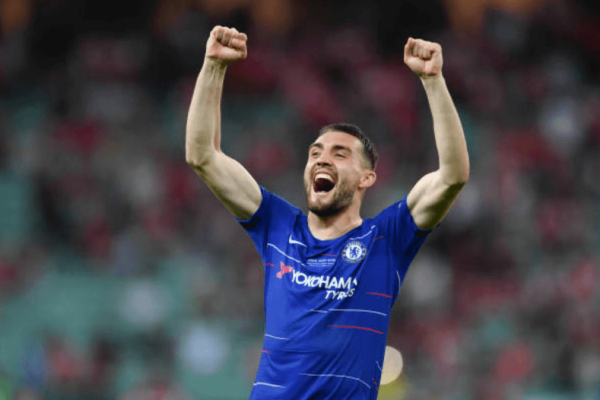