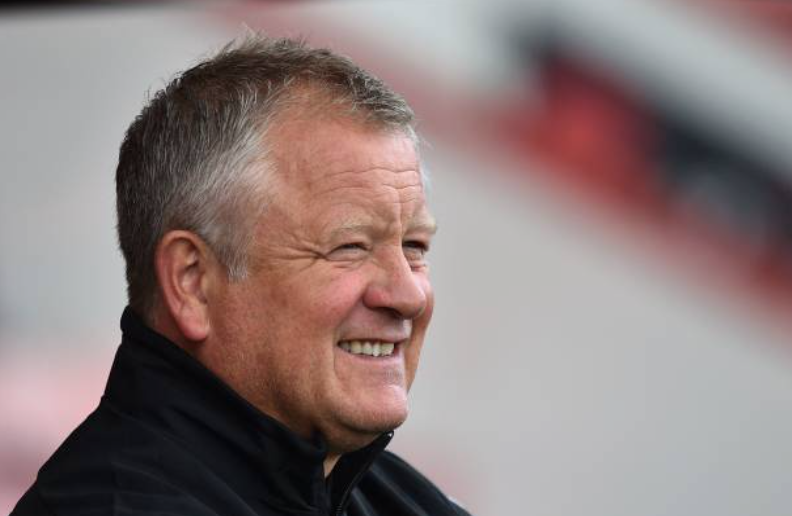 Following respectable draws against tough opposition last week, both Sheffield United and Crystal Palace will be looking to kick-start their season with a win this weekend.

Sheffield United and Palace have only met once in the Premier League back in the inaugural 1992-1993 season. Palace won home and away back then and with no relevant recent history since 2011, it will be a fresh start for the fixture between these two clubs.

The Blades play with a unique over-lapping centre-back style which baffled many Championship teams last season. Leeds United coach, Marcelo Bielsa, stated in the lead up to one of their meetings last term that “The ideas of our next opponent deserve to be studied… I saw things in Sheffield United that I wanted to develop, and I couldn’t do it.”

This tactic that has been employed by clubs elsewhere in Europe and earned Yorkshire-born Chris Wilder the League Managers Association manager of the year award ahead of the domestic treble-winning Pep Guardiola and European Champion Jurgen Klopp.

Last season United lined up with a 3-4-1-2 formation where the right and left-sided centre-backs would over-lap onto the wings into crossing positions, further stretching the wing defence of the opposition team. The wing-backs would then converge centrally to allow the over-lapping centre-backs space to work.

Chris Basham, a midfielder by trade when he joined the club in 2014, now works as the right-sided over-lapper of the back three, while 25-year-old Jack O’Connell works the magic down the left-side of the defensive trio. Naturally, while one of the two wing-sided centre-backs overlap, the central defender and the other wing-sided centre-back will orient to form a two-man defence in order to hold the fort while the other provides support in attack.

Theoretically, this is a high-risk high-reward strategy that leaves the defence bare and prone to the pacey counter-attack. However, this idiosyncratic team survived 90 minutes against last season’s best counter-attacking club in Bournemouth and conceded the least amount of goals throughout 2018-2019 Championship calendar. This was possibly due to the fact that they did line-up with a more conservative 3-5-2, dropping their number 10 deeper and in-line with the midfield against the Cherries. Despite this minor, yet significant change, Wilder claims his team will not “take a wrecking ball to how we’ve played.”

The game against Bournemouth was evidence of that as they still employed an over-lapping centre-back in an offensive move several times throughout the game. Will they be more conservative against billion-pound opposition in this season’s edition of the Premier League? We’ll find out soon enough.

Their first home game of the season is against a Crystal Palace side that is lacking noticeable defensive personnel and presents as a good opportunity to show off their unique style of play. In Crystal Palace, however, they will face another side who are clinical on the counter-attack. Boasting Jordan Ayew, Andros Townsend and the menacing Wilfried Zaha, the Eagles have forwards that can – and have – caused the aforementioned billion-pound Premier League big boys several issues quite regularly in seasons gone by.

A draw in the opening game of the season won’t faze the league’s most experienced manager, Roy Hodgson, but may yet encourage him and his side. Against an Everton side that spent heavily over the summer, Palace’s third and fifth choice centre-backs defended astutely, holding off wave after wave of Everton attack. The offence may have blundered on a blustery opening day, but a return to the starting line-up for three-time Crystal Palace player of the year, Zaha, will bolster an attack lacking that final drive.

Although Zaha may return, Palace will still be without important players. None of Mamadou Sakho, James Tomkins or Jeffrey Schlupp participated at any level for Palace last weekend and all three look set to miss yet again. In better news, four of their new signings, Stephen Henderson, Gary Cahill, James McCarthy and Victor Camarasa, all completed 90 minutes in the side’s opening under-23 fixture.

Camarasa was the standout of the quartet, notching up an assist while looking calm and composed in tight spaces in midfield despite being caught in possession in the passage of play that led to Palace’s opponents opening goal.

Gary Cahill’s leadership was ever-evident throughout the match while James McCarthy looked a little rusty in his first gig in the red and blue as he will look to play himself back in to the form that helped Everton finish 5th in the 2013-14 season. Cahill, who captained England for the first time under Roy Hodgson, may be awarded his first start for Palace in the Premier League against a Sheffield United side whom he appeared 16 times for as a 22-year-old.

Meanwhile, a full bill of health follows Sheffield United into gameweek two meaning the same line-up that earned a point on opening day may well start again for United’s first home Premier League game in 12 years. Whether or not Wilder decides to be more adventurous and returns to last season’s highly effective 3-4-1-2 set-up in front of his home fans remains to be seen. However, it may prove to be too soon for attacking midfielder Mark Duffy who is only just returning from injury.

In what promises to be an intriguing encounter – for at the very least the tactical obsessives – two of the league’s least followed sides will hope to bag all three points this weekend.

United’s pace up-front will trouble one of the slower defensive partnerships in the league but United will struggle to contain a returning Zaha in what is shaping up to be a fascinating encounter.