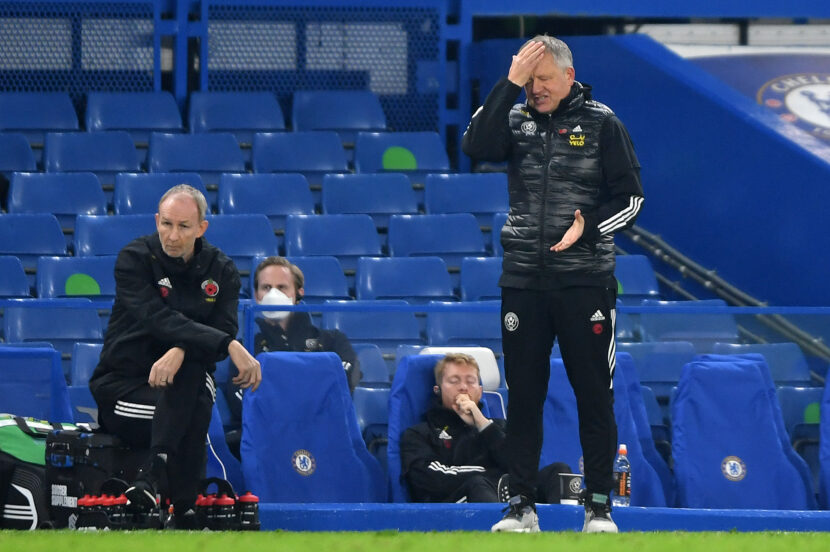 The gruelling international break is over and Premier League football is back. The festive period looms, but before we break into December, two gameweeks must be played, with Sheffield United vs West Ham coming this Sunday.

International breaks have caused growing controversy over the last few years, but the one just gone has exasperated the concerns with players travelling around the world amid a worsening pandemic. Nevertheless, the squads will be tested and hopefully return virus-free ahead of their respective fixtures. Sheffield United are more in need of points and goals than anyone in this fixture – the Blades have just one point in eight games and have scored a measly four goals in the process.

United fans had gotten used to a huge build-up of momentum that flourished under Chris Wilder, so the dismal performances of late are a sobering reminder that second seasons in the top flight often don’t go as smoothly as the first. The rewards of spending over £40 million in the summer window are underwhelming (perhaps excluding the promising loan prospect Ethan Ampadu, who has looked somewhat lively), and now Lundstram has refused to sign a contract to rub salt in the wounds.

In fairness, United have had a devilish fixture list up to this point and have not been utterly battered on any occasion, so perhaps you would expect the Christmas period to be brighter for Wilder’s men. The next few weeks could either be the turning point or the beginning of the end for United. Starting with West Ham on Sunday, the Blades desperately need to build some confidence, or they could end up inferior to all of the other relegation battlers.

The Hammers have been one of the teams to watch this season, simply because of the rollercoaster of results they have been riding over their eight fixtures so far. 4-0 victory, 4-1 defeat, 3-0 victory, finally culminating with the 3-3 comeback against Tottenham. This period was particularly frantic, but West Ham’s most recent game was equally as euphoric, beating Fulham in stoppage time to put the team in high spirits ahead of the international break.

West Ham have also had just as tough a fixture list as their next opponents, but have done much much better with the situation. As a result, David Moyes’ men will be full of confidence ahead of a fairly tame festive period and one could expect the Hammers to slowly creep up the table as we continue the wild 2020/21 season.

Perhaps one area to look closely at in the coming weeks is the forward position. Sebastien Haller has been filling in for the injured Michail Antonio but scooped up his one league goal all the way back in September. Antonio could be close to a return, but West Ham fans might begin calling for a top-quality and consistent striker to come into the team in January. Eyes will continue to be on Haller on Sunday, with the opportunity for the Ivorian to grab one or two goals against a leaky Sheffield United defence.

The international break has not favoured United, with plenty of the squad out on international duty, particularly those from the British Isles. Enda Stevens and John Egan were in the wars for Ireland, as was Rhian Brewster for the England under-21s. All of the above are doubts for the upcoming match.

John Fleck was a victim of the previous international break, but the Scot could be back in action soon, as could Lys Mousset who has been recovering from a toe injury since the pre-season friendlies. Jack O’Connell remains out with a potentially season-long knee injury.

As mentioned earlier, Michail Antonio has been recovering from a hamstring injury picked up in October, but could be looking at a return to the squad in the coming weeks.

Veteran Mark Noble has not played a huge amount of minutes this season and will almost certainly be left out on Sunday due to injury issues. The more regular Angelo Ogbonna was taken off in West Ham’s last game against Fulham so could also be a doubt for Moyes. Meanwhile, Andriy Yarmolenko has tested positive for Covid-19 so should still be isolating by the time Sunday comes round.

The pause in Premier League football may well have shaken a few things up, but some radical changes will have had to take place for Chris Wilder’s men if they are to get something from Sunday’s match – West Ham are much the favourites to take the three points.