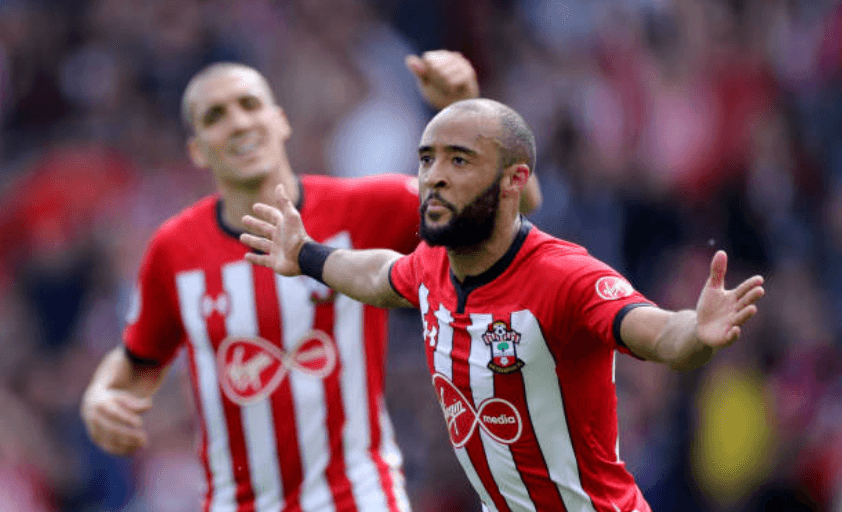 It ended 1-1 at St. Mary’s on Sunday as Southampton and Huddersfield Town shared the points in the final game, in a season that can only be described as disappointing for both sides. Huddersfield were relegated a few weeks back now and Southampton have been bobbing just above the relegation zone for the second season in a row.

The first half was heavily dominated by Southampton with Nathan Redmond being the man looking the most dangerous. However, it was not until the 41st minute that the deadlock was broken; Danny Ings released the ball to Redmond on the left-hand side of the field yet not a lot was on for the Englishman. However, with his confidence flowing high after his recent performances he believed he could do something special – and do something special he did.

He burst past the left back with great pace on the inside which opened up space for the shot, his curling, dipping effort was far too much for debutant Joel Coleman between the Huddersfield sticks, as the ball sailed past him into the top right-hand corner of the net.

This concluded a dominant first half where the Saints could have easily been three or four goals up. Chances wasted by Ings and Ward-Prowse which came back to haunt them in the second half. Credit where credit is due, Coleman pulled off a huge save after a thunderbolt of a shot by Ward-Prowse to keep the deficit to one goal as Huddersfield went into the second half knowing that a good half-time team talk could see them right in the second half.

It took Huddersfield less than ten minutes to get themselves back on level terms too. Alex Pritchard the orchestrator of his own success with his terrier-like closing down in the Saints box led to the equaliser. Angus Gunn can be held very accountable for this goal as a sloppy touch after a back pass from Ryan Bertrand allowed Pritchard to block the clearance and go on to tap the ball in to the back of the Southampton goal. After no real clear-cut chances to win the game, it finished 1-1.

Dropping points a problem for the Saints

Southampton have accumulated the most draws in the league (12) for the second season in a row (15 in 2017/18). Ralph Hasenhuttl’s men have also lost 25+ points from winning positions this season, which for a team wanting to stay in the Premier League and improve on their league position, isn’t good enough.

Hasenhuttl has certainly done a good job with Southampton considering no transfers were made in January and their form before his introduction was one win from their first 16 games. With a pre-season ahead of them and the rumours of a few summer signings floating around, next season has the potential for Southampton to bounce back to their previous winning ways, finishing top eight, three seasons in a row.

New introductions into the squad will almost be a certainty over summer, as will the exit of players Hasenhuttl does not feel will gel with his playing style or simply just aren’t good enough to be in the side. An interesting summer awaits for the side on the South Coast.

Nathan Redmond’s goal on Sunday epitomised his season under new boss Ralph Hasenhuttl. The Englishman was playing well under Mark Hughes and was creating plenty of chances, but the final conviction just wasn’t there as he possessed the worst shot to conversion rate in the league in the first half of the season (66 shots and no goals).

Under Hasenhuttl his stats have been fantastic though, especially for a side who were struggling in the relegation battle. Nine goals and four assists in the second half of the season hugely helped the Saints in a season that could have been detrimental. Hopefully he decides to stay over the summer and work with Hasenhuttl on his outlook for the club’s future – which by the looks of things at the minute, could be a bright one.

Huddersfield have had the liberty of knowing they are going down for a while now which has allowed them the time to start their pre-season preparation for the Championship early. Jan Siewert released a statement saying that he was proud of his side on Sunday and that they exited the Premier League gracefully with their point against Southampton in their own back yard despite having the third worst points total in Premier League history (16), with only Sunderland (15) and Derby (11) behind them.

Siewert was full of praise for the fans that have followed them up and down the country in a campaign that can only be described as painful for the Terriers’ fans to watch. The fans have been a credit to the club, and it is hard to dislike them as a side. Personally, I hope they regroup and build on their experience gained in the Premier League and bounce back, more ferocious than ever.