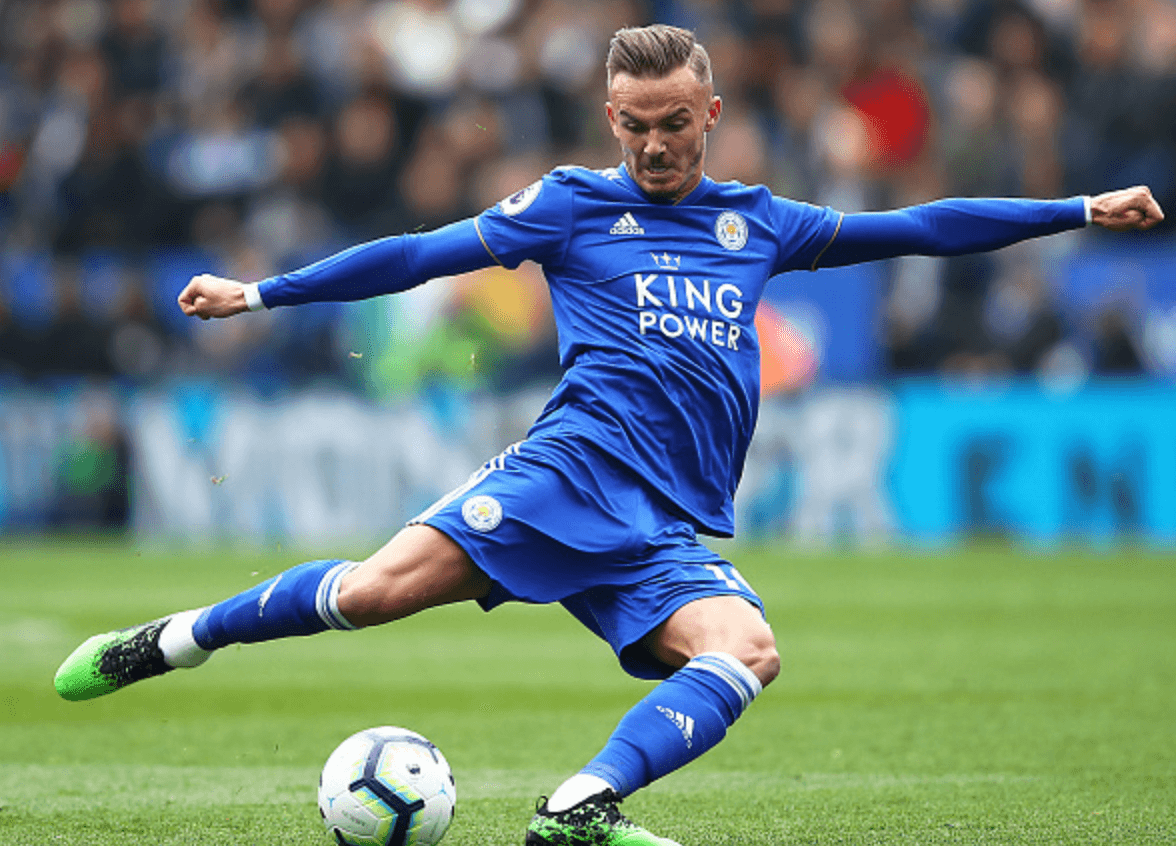 By Tom NewmanFeaturedRecentSpursTransfer News | 30 May, 2019

Mauricio Pochettino and Spurs are set to intensify their interest in Leicester playmaker James Maddison, according to reports from the Daily Mirror, as the Lilywhites prepare to spend their prize money from reaching the Champions League final.

Pochettino’s side have already been strongly linked with Real Betis midfielder Giovani Lo Celso, with a club-record £53m bid reported to have been made late last week, and a move for Maddison, 22, would add to the North Londoner’s armoury as they prepare for another crucial season, both domestically and in the Champions League.

Maddison, a £20m signing from Norwich City last summer, has been a revelation for the Foxes in 2018/19, scoring seven goals and registering seven assists whilst also earning his first call-up to the England seniors after an impressive debut campaign in the Premier League.

The midfielder has been omitted from the Nations League squad for next month’s final in Portugal, but largely due to Southgate’s belief that the youngster would benefit more from being in Aidy Boothroyd’s squad for the U21 Euros in Italy and San Marino.

Spurs are likely to face competition for Maddison, whose trademarks freekicks have become an identity of his attacking output, yet if the windfall from their Champions League run matches that of Liverpool in 2017/18 of £72m, then the Lilywhites are extremely well equipped to challenge any team in Europe for the Englishman’s signature.

Pochettino’s reputation for developing young talent alongside the club boasting Champions League football, something only three English clubs who are eligible to sign players can, is likely to tip the scales in Tottenham’s favour.

The news of an impending bid from Spurs will come as a damning blow to Leicester City and Brendan Rodgers, with reports also surfacing of interest from Manchester City in left-back Ben Chilwell.

If the Foxes were to lose two of their most important players, alongside any potential revival of interest from Manchester United in centre-back Harry Maguire, then this summer window could be a torrid time for all associated with the East Midlands side.

For Spurs, strong links with the likes of Lo Celso and Maddison are extremely promising signs following Pochettino’s candid ultimatum to Daniel Levy regarding his potential departure if Spurs were to win the Champions League, but it would appear the notoriously stringent operator has decided to loosen up in fear of losing, ultimately, Tottenham’s greatest asset: the mercurial Mauricio Pochettino.