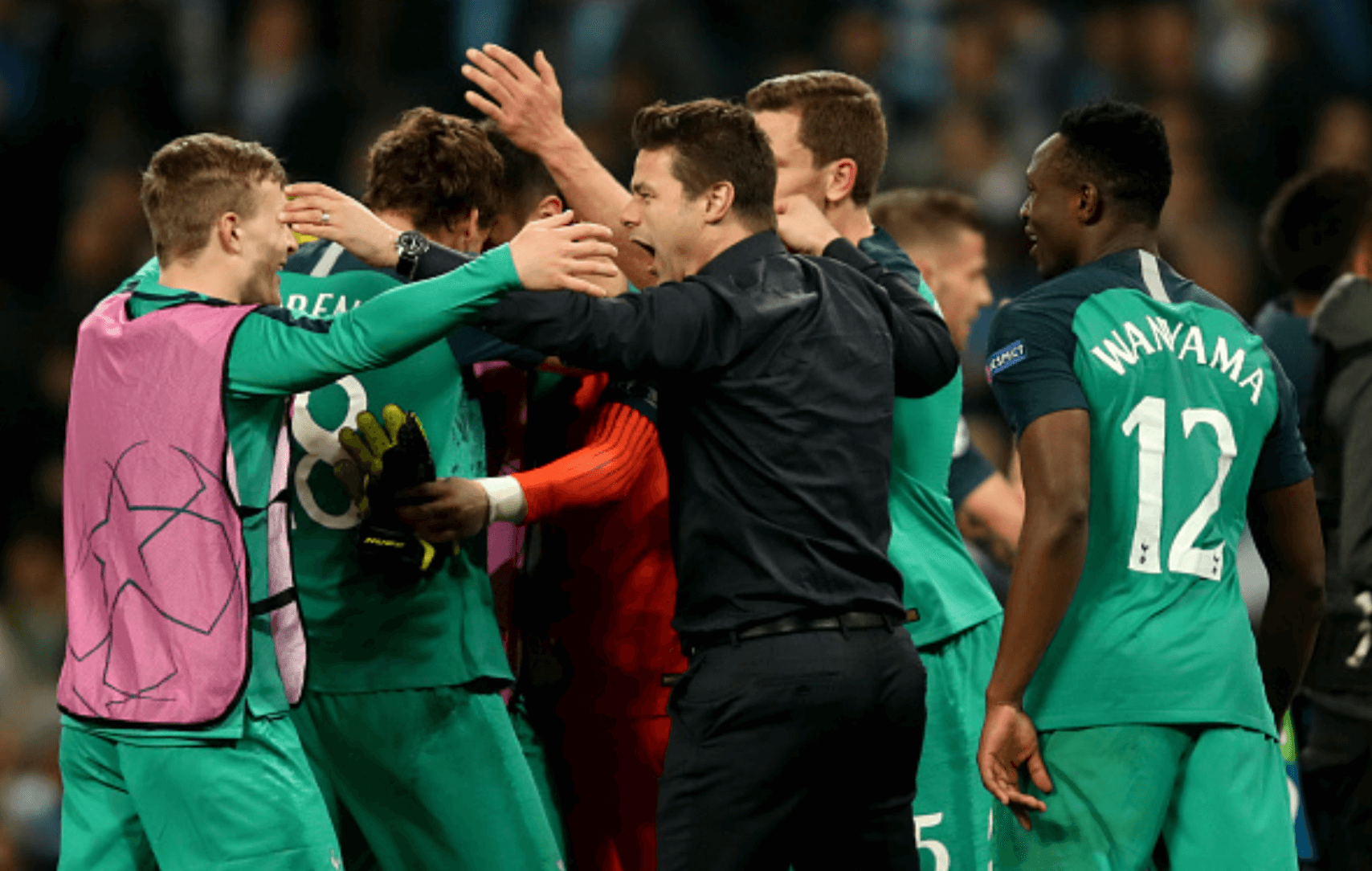 The battle of the century: how Spurs usurped the Citizens

A euphoric buzz sent shivers around the newly built 62,062 seat arena, but it was feeling that grappled against the anticipation of the following tie in Manchester – the game that would determine the victors in this behemoth of a game between two of English football’s finest sides.

Wednesday night at the Etihad, a game that will be forever etched in Champions League history for its goals, drama and intensity, was the very pinnacle of Europe’s premier footballing competition.

Spurs overcoming City across two legs to progress to the semi-finals is as remarkable as it is incredible, and as Christian Eriksen finally paused for a second at full-time to be interviewed by BT Sport’s Des Kelly, the Dane’s expression truly told a thousand words; unadulterated joy, relief and the realisation that Spurs had overcome a team tipped for an unprecedented quadruple; a side widely considered to be the finest team to have plied their trade in the top-flight of English football.

For City, whose own unbridled jubilation was snatched away following a 94th minute VAR decision to disallow Raheem Sterling’s supposed winner, Wednesday was more than a defeat and an exit prior to the last four in their Champions League pursuits – this was a devastating blow in their bid to write history and be deemed an incomparable squad alongside the greats of the game.

As tears streamed from the face of Ilkay Gundogan at full-time and the realisation that City’s exit on away goals after a gripping 4-4 draw over two legs sank in, the Citizens and their fanbase could not be blamed for the devastation that echoed around the Etihad in its pure and palpable silence.

Mansour bin Zayed Al Nahyan, City’s Emirati owner, may have caught the kick-off just before midnight in his home country, but it’s unlikely the Sheikh will have had a bliss night’s sleep as the crown jewel in his entrepreneurial empire was once more displaced; ajar from its desirable and perfect positioning.

City’s Centurions in the 2017/18 campaign were history-makers – an exceptional team that pushed the boundaries of what we had known to be possible in English football. Extending their dominance to the continent seemed to be the natural, expected progression under Guardiola, but the reminder that Mauricio Pochettino and Spurs delivered at the Etihad in the most alarming and abrupt of manners is that passion, fight and desire, underpinned with a sprinkling of VAR, will always triumph over colossal financial power.

And yet for the drama that Spurs delivered at the Etihad on Wednesday night, this was even more of a statement from the North Londoners in their own bid to write history.

The progression of the Lilywhites since Mauricio Pochettino took charge was epitomised last night – fortune favoured their bravery, as Fernando Llorente’s hip took centre stage in the 73rd minute to steal the tie’s momentum back in their favour, whilst Son yet again shone and registered a crucial brace, giving the South-Korean three of Spurs’ four goals against City in this season-defining tie.

Sterling attempted to rally the Citizens in their efforts to overturn the order that Spurs had imparted on this tie, with the Englishman’s first-half brace alongside strikes from Bernardo Silva and Sergio Aguero in vain, as City’s bid to make the last four of the Champions League for just the second time in their history was derailed and destroyed. Spurs conquered more than a 180-minute tie on Wednesday night; they conquered a dream held by City and pushed on their own pursuits of European glory.

“To Spurs it up” has been a verb of alarming regularity that had echoed around White Hart Lane and the English media in years gone by, but Wednesday night, aided by fortune and deserved luck, dispelled any notion that Spurs have not progressed mentally or physically; this is a team with the potential to win the Premier League title under Pochettino.

And for a manager who is known to be a remarkably smooth operator, emotions ran high for the Argentine. In a Tiger Woods-eque manner after winning a fifth Masters, an outburst of sheer passion after upsetting the odds on the sidelines as a wave and a grasp of the air was sent in the direction of Daniel Levy up in the stands. If Spurs weren’t dreaming of the supposedly impossible prior to last night’s game, it is now firmly rooted in the realms of reality.

Whilst City’s net spend of £505m over the last five seasons sits first of all English sides, Spurs’ net stands at £43.4m, having remarkably not bought a single player in the last two transfer windows. If Wednesday night was a narrative of the champions versus the challengers, it also represented a David and Goliath of expenditure and ownership in English football.

City’s starting XI on the night against Spurs included a number of the assets that were supposed to drive this team into a new universe of success – Ederson, Kyle Walker, Benjamin Mendy, Bernardo Silva – and whilst there is still a very real possibility of a treble, there will be a stinging sense of disappointment for Guardiola and his side, as they became unstuck and paralysed in the face of sheer fear and fight from Tottenham.

For Spurs, amidst a backdrop of transfer inactivity and stadium delays, their progression to a first-ever Champions League semi-final, and a first European Cup final since 1962, in the absence of star-striker and captain Harry Kane is yet another chapter in the remarkable novel that Spurs under Pochettino are writing. Gripping, at times gasping, but most importantly underpinned with belief – the vision that Spurs can go above and beyond in the English and European game.

Pep Guardiola had played down the possibility of City attaining a domestic and European quadruple, suggesting it was a task best described as impossible, but Wednesday was a damning blow to the Spaniard’s attempts to send City one step nearer to the parameters of legendary classification.

Tottenham Hotspur and Manchester City gave football a game that will never be forgotten at the Etihad last night, as the Citizens crashed and Tottenham triumphed, yet amidst the drama, VAR and goals that flooded through the lights in East Manchester, we were left to simply gaze on in amazement – Spurs conquered City in a game that had it all, but for Guardiola, Sheikh Mansour and the Premier League-winning Centurions, once again they have fallen marginally short of the jugular.