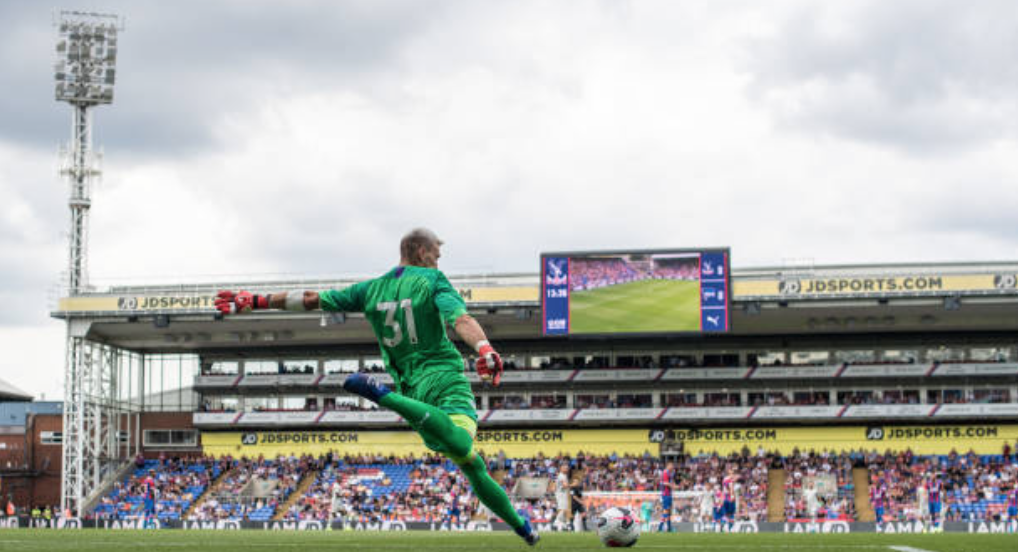 Undervalued and under-appreciated: statistically, who is the FPL’s best value keeper?

Vicente Guaita made the big move over from La Liga last year to try his hand in arguably the world’s most competitive professional league, the Premier League.

Guaita made the move over to England from a high position, leaving Spain with the fourth-highest save percentage (76.6%) throughout the 2017-18 season. In his 33 games that season, he conceded just 0.79 goals per 90 minutes, the third-lowest in the league. Alongside this, he was only one of three keepers to concede less than 1 goal per 90 minutes (no surprises who the other two were – Jan Oblak and Marc-Andre Ter Stegen).

Upon his move to Crystal Palace in July 2018, Guaita was fresh and raring to go after an 8th placed finish with Getafe following promotion the season prior. However, Roy Hodgson had plans for the then 31-year-old that may have differed from the majority of Palace fans’ ideals. Guaita was benched for the first 16 games of the 2018-19 season, playing second fiddle to long-time serving Palace keeper, Wayne Hennessey.

Come mid-December 2018, Hennessey was forced out due to back spasms, paving the way for Guaita’s league debut and he did not fail to impress. In his first five appearances, he guided the Eagles to three wins (including an astonishing triumph away at the Champions) and a draw ending that run with three clean sheets. Palace’s defence looked much more settled and confident with the Spaniard in goal, who was and remains noticeably more vocal and proactive than his Welsh peer, Hennessey.

Guaita missed just two games during the remainder of the season as a calf strain kept him out of the 4-3 loss away to Liverpool whilst he was surprisingly benched in a 3-1 win to Burnley, but he was reinstated in the next fixture after this one.

Guaita helped Palace to 10 wins, four draws and just six losses from his 20 games in goal last season in a period that included six games against the top six and saw them finish with the fifth-best league record from the date of Guaita’s debut. His own personal record was even better, just like he did in the La Liga the season prior, Guaita finished with the third-highest save percentage (73.6%) of keepers, with the same prerequisites, showing his previous season with Getafe was no fluke. All this on the way to conceding the fifth-lowest amount of goals per 90 minutes at an average of 1.18 goals per 90 minutes.

Now we know he can save a ball every now and then and he’s not too bad at it – that’s one tick. Save points in the FPL are handy but the real deal-breaker is the clean sheet. Seven clean sheets from 20 games meant Palace had a clean sheet percentage of 35%, just 3.9% behind 3rd (Chelsea’s Kepa Arrizabalaga). The first-choice keepers of last season’s top four and Jordan Pickford for Everton (all more precious commodities in FPL) were the only keepers ahead of Guaita in this metric. On a little side note, Guaita was substituted off due to injury (going on to miss the following game in that 4-3 loss to Liverpool) at half-time in a 1-2 loss to Watford. In the said game the Hornets scored both their goals after Guaita was forced off. Palace may or may not have kept their sheet clean had he stayed on but no one will know.

Interestingly, Palace kept a clean sheet in 27.7% of the games in which Guaita did not feature. So instead of a clean sheet in just over once every three games with Guaita, Palace are looking at just over one every four games without him. Meaning that had Guaita not featured during last season, the Eagles would be looking at 10.56 clean sheets, but had the now 32-year-old played 38-games in the 2018-19 campaign, they would have finished with 13.3 clean sheets. Almost three more with him, than without.

In something maybe not many will have noticed outside of the Palace circle, their defensive record is vastly more impressive when it’s both Mamadou Sakho and James Tomkins playing at centre-back than any other partnership from Selhurst Park.

Palace played 23 games with the two together, winning 10 clean sheets from those fixtures. In eight of these games, Guaita formed a minor magic triangle in the Palace defence teaming up with the pair and producing not-so-special numbers from the surface with only three clean sheets coming from the eight games. However, one of those games was the aforementioned Watford game – in which Guaita was taken off with an injury – while two more were difficult fixtures against Manchester City and Chelsea. Between them, City and Chelsea have conceded clean sheets from just 10 of their combined 76 games last season, with four of those coming against fellow top six teams, showing it is no easy task.

Without trying to get too pedantic here, if you take away those three separate fixtures, Palace are 3/5 for clean sheets when the trio of Sakho, Tomkins and Guaita have played together – a small but sweet sample size. With Tomkins’ return date from a groin injury currently unknown, those numbers mean nothing to start the season. So, in games where only one of Sakho or Tomkins had featured with Guaita, Palace are 4/11 for clean sheets, with four of those games against the Premier League’s top six (none of which produced a clean sheet). In summary, Palace, and Guaita, are 7/12 for clean sheets in games not against the top six, where at least one of Sakho or Tomkins have played with Guaita seeing out the full 90 minutes. Not bad.

We’ve had a look at Guaita’s history and we’ve now had a look at Palace’s record with Guaita, now it’s time to have a look at his individual history in the Premier League in comparison to FPL’s best keepers.

FPL’s two best keepers – Ederson and Alisson – combined for an average of 172.5 points, playing the maximum number of minutes possible in a Premier League season, 3420. The pair sit as the two most owned first-choice keepers (David Button is second overall in terms of ownership for goal keepers but remains the second choice Brighton keeper, behind Australian Mat Ryan) at £6.0m, £1.0m more than Guaita at £5.0m.

Alisson and Ederson both have excellent points per 90 minutes for their position, sitting at 4.63 and 4.44 respectively, while in Guaita’s 20 games, he averaged 4.15 points per 90 minutes. Hypothetically, had Guaita played a full season averaging those sorts of numbers he would have scored 157.9 points – placing him 4th amongst all keepers.

Using the proposed 157.9 points, at £5.0m, Guaita has a points per million value of 31.4, which is the highest value amongst all first-choice keepers (those who played the majority of games for their club – 19 or more). In summary, Guaita is, statistically, the best value first-choice keeper in the Premier League, as it currently stands.

Palace play all three promoted teams within their first seven games which also includes winnable fixtures at home to Everton and Wolves. Following this seven-game stretch, they do have a horror run in which they play four of the Premier League top six through those next six fixtures. However, in Guaita’s six games against the top six last season, he made a combined 22 saves meaning that hope for save points is at least very real with the odd clean sheet not an entirely absurd dream.

At 0.7% ownership, only Aston Villa’s Jed Steer (0.5%) has a lower percentage ownership amongst first-choice keepers in FPL and based off these numbers (Tom Heaton recently being announced as a new Villa signing may most likely change that), it is baffling as to why. Guaita is a goal keeper you can ‘set and forget’ for a whole season, with confidence, knowing you will get exactly – and more than – what you paid for.

At £5.0m, you could definitely do worse than enlisting Guaita as your FPL goalkeeper, but statistically, you can’t do much better.