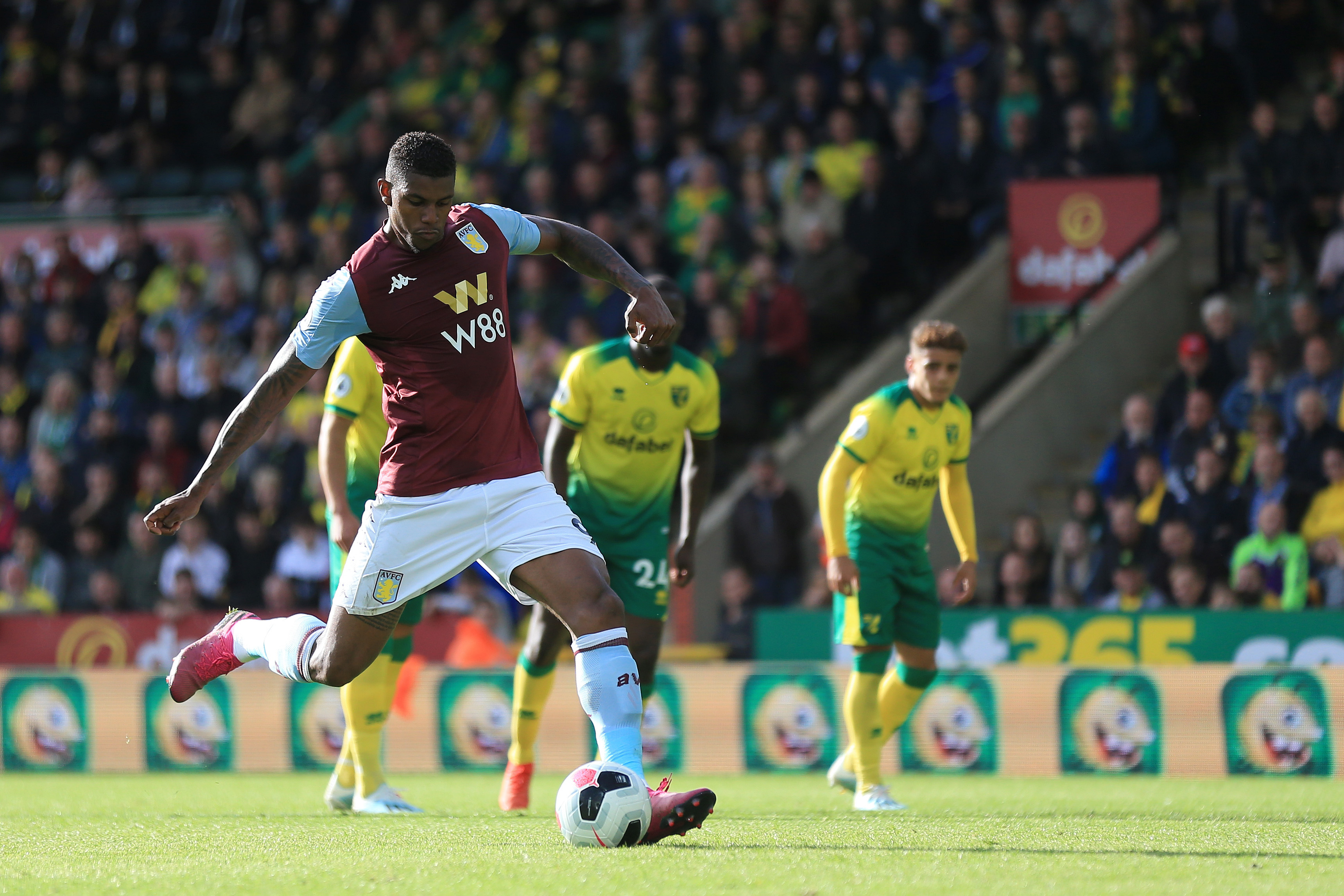 Tale of the tape

The Brazilian is the owner of a remarkable story and a rise to the top that is impressive to say the least. A father at 14 and one leg nearly three centimetres shorter than the other, he is used to obstacles getting in his way. The young striker has made it the hard way and that’s what perhaps fuels his fire.

Villa fans were immediately excited at this unknown quantity when he was announced suddenly without any real warning in June as their new talisman. Adding to the excitement, was the fact he is strikingly reminiscent of the last cult hero to play in B6. Signed from the Belgian Pro League, over 6ft, a battering ram with strong technical ability to control play in the final third, Christian Benteke’s doppelgänger has suddenly appeared at Villa Park.

The £22 million man, signed for a club-record fee, has overcome criticism already on more than one occasion for the Villans. Three times in fact. While this could suggest a hint of inconsistency, people are starting to realise that the 22-year-old, signed from Club Brugge in June, is becoming a flavour of the month and a vehicle of value so to speak.

The big man scored the vital first goal against Everton in Aston Villa’s first win on their return to the top-flight after a three-year absence; after being largely written off by many after average performances vs Tottenham and Bournemouth.

Another couple of ‘average’ performances were followed up with a goal vs Arsenal and further calls for the Brazilian to be cut more slack. Up next, Burnley. A notoriously tough Tarkowski led-defence that very rarely gives anything away.

During the game, most Villa fans were calling for Wesley to be subbed for Keinan Davis. Nothing was sticking for him, and he was chasing lost causes to no avail. That constant effort, however, was key in indicating his strong character, and he was defiant after the game admitting he ‘will’ and ‘must’ improve against Norwich. And so he did.

A stellar performance from Wesley in a 5-1 romp vs Norwich, scoring two goals but unfortunately missing a penalty preventing a first-half hat-trick, was an impressive way to hush those doubters once more. It’s not just his goalscoring however, it’s his hold up play, unselfishness and brute strength to match.

Wesley is a classic centre forward, who loves to play in between the centre backs allowing the midfield to take up positions closer to the penalty box.

His presence allows Villa to feel confident at switching up between wing play and narrow passing to release goalscoring midfielders such as Conor Hourihane, John McGinn and Jack Grealish, complimenting their malleable 4-3-3 formation.

The big man has an average rating of 7.0 over 8 games on WhoScored.com, taking an average 2.12 shots per game. Four goals in eight games is a very impressive return for a youngster adjusting to one of the toughest league in the world.

Fans were initially worried that Villa didn’t delve into the market for another proven goalscorer, but Dean Smith’s plan is to utilise goals all over the pitch, which is proving very effective indeed. Wesley is the perfect striker for this, demonstrated by his stats last season.

13 goals and six assists for Brugge in the Pro League demonstrates that he loves to bring his teammates into play, whether that means connecting with El Ghazi running outside the full-back to cross the ball in, or connecting with captain Jack to pull the strings from 30 yards out. This season, he already has four goals and one assist, mirroring Sebastien Haller’s return exactly, for half the fee.

Former manager and Belgian legend Michel Preud’homme commented on Wesley’s attributes while at Brugge, explaining that he is “a ball-solid attacker who can also play with his back towards goal.” The Premier League is the perfect playground for such play.

What is more impressive, is the reliance on Wesley seemingly bearing no relevance to him. Villa’s back up strikers are Jonathan Kodjia and Keinan Davis. Davis, largely unproven with a very below par goalscoring record. Kodjia, with a recent backlog of injuries.

It’s rather vital that Wesley keeps up his performances. So far, he is handling this like every other obstacle he’s faced so far, with class, quality and confidence. The January transfer window may not be as big a priority as Villa fan’s initially believed it would be, but it is still early days of course.

It certainly is exciting times around Villa Park with Brighton up next at home, before a trip to the champions and a no-less than daunting challenge of Liverpool – who so far have a 100% record.

If Wesley manages to return at least another couple of goals in these three games, his stock will continue to rise and perhaps, the doubters will start to fade. Do not sleep on this man. Or rather do for his own good, because he will probably prove you wrong.