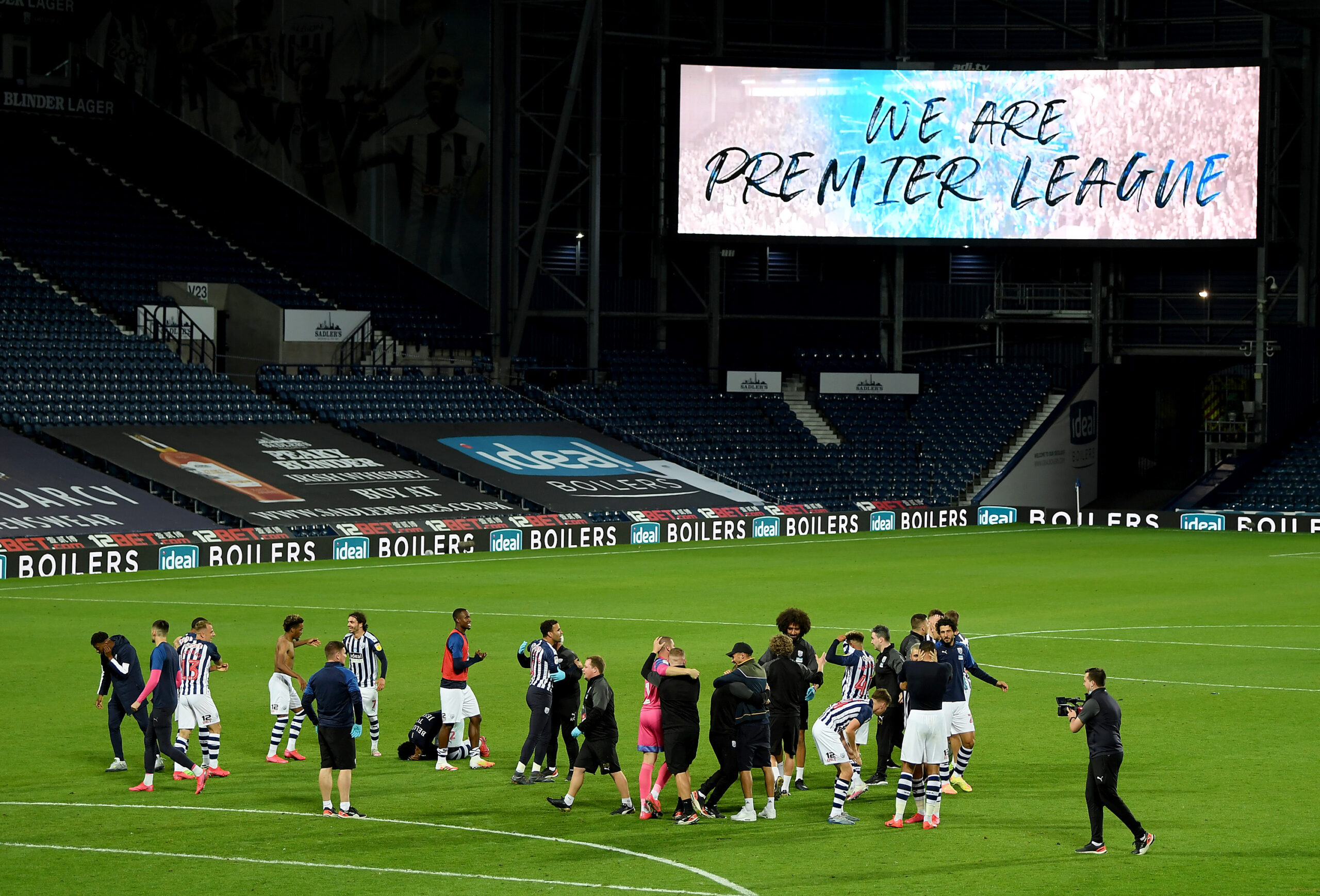 Playing your first home game of the season in an empty stadium will not be the return to the Premier League fans of West Bromwich Albion would have hoped or wanted. Even when they secured promotion in the final game of the Championship season in July there was still hope that the new season would bring with it a return to normality with touted proposals to reintroduce (some) fans. But the coming of the long-foreshadowed ‘second wave’ looks to be turning back to the clock on social distancing measures and Premier League football looks set to be played to a backdrop of canned crowd noise for the foreseeable future.

What makes the entire situation even stranger is, although this is the start of an entire new season, football never really feels like it has been gone. Between the European competitions in August and internationals last week, there hasn’t been that footballing hiatus we all usually suffer through over the summer.

While there is some guarantee to when the fixtures will be played, there are little to no promises to be made when it comes to the state of the games themselves. Teams and players are returning in vastly different states from their respective “pre-seasons”, with some having been rested since before August while others have played games through both months since the end of the last season.

This is certainly the case for both these sides, with the Foxes having half their squad return from international duty just this week while the Baggies have been rested since securing their return to the top-flight just short of two months ago. It is likely their mindsets also differ: Leicester will still feel disappointed after missing out on a Champions League place they had looked secure in for nearly all of the season, while West Brom will be experiencing a potent mix of elation at promotion and optimism for the new season.

Besides these contrasts, both teams have a shared in having a (currently) quiet transfer window. West Brom retained the services of two pivotal pieces of their promotion season with the permanent signings of attacking midfielder Matheus Pereira from Sporting Lisbon and winger Grady Diangana from West Ham United. The pair scored 16 and assisted 27 between them in the Championship, playing on the wings of Slaven Bilic’s 4-2-3-1 formation. The signing of Diangana is a particular coup, as the young English winger had been widely touted by his potential, and caused uproar within the ranks at West Ham with even captain Mark Noble publicly noting his disappointment. They also signed winger Callum Robinson from Sheffield United to bolster their attacking options.

Other than this, the Baggies have made little movement and, other than rumours of the arrival of Premier League veteran Branislav Ivanovic to harden a defence regarded as soft, Bilic will go into the Premier League looking to play roughly the same side that secured promotion in July. While this approach seems to have become the exception rather than the norm, with newly-promoted sides generally spending swathes of money in a bid to stay in the top flight (see Aston Villa in 19/20 and Fulham in 18/19), the success of Chris Wilder’s Sheffield United has shown that you don’t have to spend to stay in the Premier League.

On the other side of the midlands, Leicester City’s transfer window has been noted more for its one departure than its one arrival. In a continuation of a developing trend, Leicester sold one of their best players for a hefty sum to a big six size. Ben Chilwell’s £50 million transfer to Chelsea means he joins the ranks of Harry Maguire, Riyad Mahrez, Danny Drinkwater and N’golo Kanté as those who have left the King Power Stadium.

While losing star players is never something to be overjoyed at, Leicester fans will hardly be phased as Chilwell’s transfer represents another opportunity to add young, exciting players to the squad. In the past, this has resulted in the purchases of players such as Ricardo Pereira, Youri Tielemans and PFA Team of the year defender Caglar Soyuncu. Timothy Castagne now joins those ranks as Ben Chilwell’s “replacement”, although he has been the only signing to date. Rumours suggest, however, that the signings of Welsh forward David Brooks and French Defender Wesley Fofana could be imminent for the Foxes.

While Leicester finished the season on a low, it should not be forgotten that, for most of their season, they were on one of the highest highs in the entire league. Outperforming what was expected of their squad and stats, Leicester played fast, fluid attacking football that, combined with hard-working defensive pressing, created a side that seemed truly formidable. Chilwell, while a solid left-back, was hardly a pivotal piece and the money will be put to good use at culturing this squad into one that consistently competes in Europe. Leicester’s injury problems at the end of the season might make for a rough start, but don’t count them out of another top-six finish.

The Baggies are likely to line up in an identical fashion to how they played in the Championship as Bilic adopts an ‘if it’s not broke, why fix it?’ attitude towards their 4-2-3-1 formation. With few injury doubts, the side playing will be what is generally considered their first XI.

Leicester, on the other hand, will likely be playing a ship-shape side to get them through the first week. Lacking crucial starters James Maddison and Ricardo Pereira to injury, and Johnny Evans to suspension after he picked up a red card in the final game of the season, Brendan Rodgers is likely to implement makeshift measures for the first fixture.

Traditionally, Leicester have had some excellent results at the Hawthorns, and I don’t expect things to change here either. They should have too much for newly promoted West Brom, with their defence looking to be this season’s major concern, and without the momentum and voice of the fans they may struggle to adapt to Leicester’s rhythm and intensity.