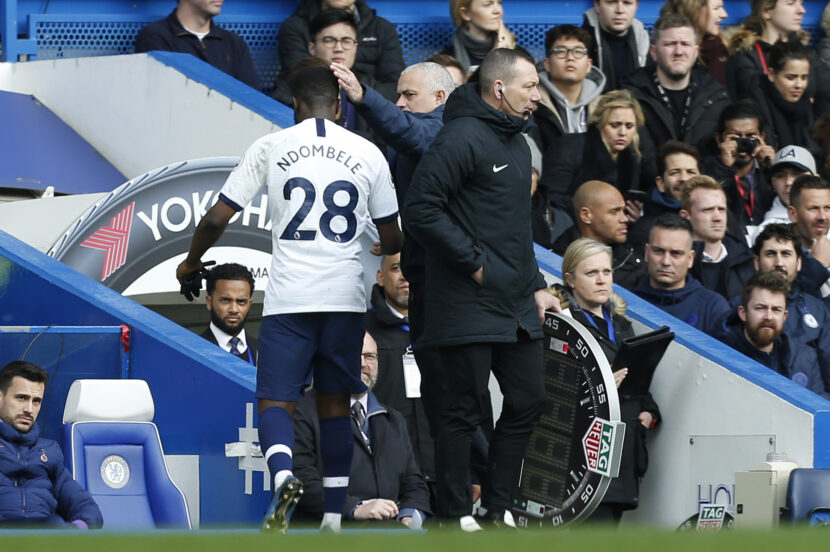 Tottenham Hotspur battled back from 1-0 down to secure a 1-1 draw at Turf Moor courtesy of a converted penalty from Dele Alli, yet despite the injury crisis that has seemingly engulfed the North London outfit with the ongoing absences of Harry Kane and Son Heung-min, manager Jose Mourinho was quick to point the blame for his side’s lacklustre display at club-record signing Tanguy Ndombele.

Ndombele, 23, arrived at the club in the summer transfer window for a reported £55m fee from Lyon, and quickly rose in the selection preferences of former manager Mauricio Pochettino, starting six of Spurs’ first 12 Premier League fixtures.

Though since the arrival of Mourinho in November, the Frenchman has started just four times in the Premier League, and the latest public criticism of an expensive asset is likely to alarm the Tottenham hierarchy given their manager’s notorious reputation of publicly dealing with players and suffering from the consequent fall-out.

“I know the Premier League is difficult, and some players take a long time to adapt to a different league”

“But a player [Ndombele] with his potential has to give us more than he is giving us, especially when you see how Lucas, Lo Celso and those players are playing. I was expecting more in the first half from him.”

Mourinho experienced a well-documented and long-running feud with Manchester United left-back Luke Shaw whilst overseeing affairs at Old Trafford, whilst the former United manager also took the time to dig out Armenian midfielder Henrik Mhiktaryian whilst residing in the North-East.

The fall-out that followed saw Mourinho’s position become simply untenable at the 13-time Premier League champions, with the performances of his squad suggesting that the illustrious coach had simply lost the dressing room.

Despite a return to management with Spurs, results have simply not gone the way that Mourinho would have envisaged after tying the knot with this third Premier League club, and the public criticism of Ndombele is likely to send a timely reminder to both Tottenham’s hierarchy and their fanbase that this is a manager with a publicised track-record of falling out with some of his most prominent players.

Given the current injury crisis that Spurs are experiencing, galvanising a player such as Ndombele will be simply vital if the Lilywhites are to maintain their push for European qualification whilst also overcoming a testing second leg against RB Leipzig in the Champions League, though Mourinho does not appear to be bothered once more; asserting his superiority seemingly a greater priority than retaining any semblance of harmony in an already depleted squad.

If the Portuguese manager’s criticism was to have a similar impact on his perception within the squad as was the case with particularly Shaw at United, then Mourinho’s decision to publicly air his frustrations could have supremely damaging consequences for the club at a crucial crossroads in their 2019/20 campaign.

Ndombele has the potential to play a vital role for Mourinho in salvaging a respectable season for Spurs. This untimely outburst from the Tottenham boss is simply a reminder that a leopard will never change its spots, but for Daniel Levy and those associated with the club, they will be hoping this is not an exchange and an encounter that defines or derails the Spurs squad, despite its unquestionable potential to do so, in their bid to finish the current campaign with a respectable finish in both domestic and European competition.