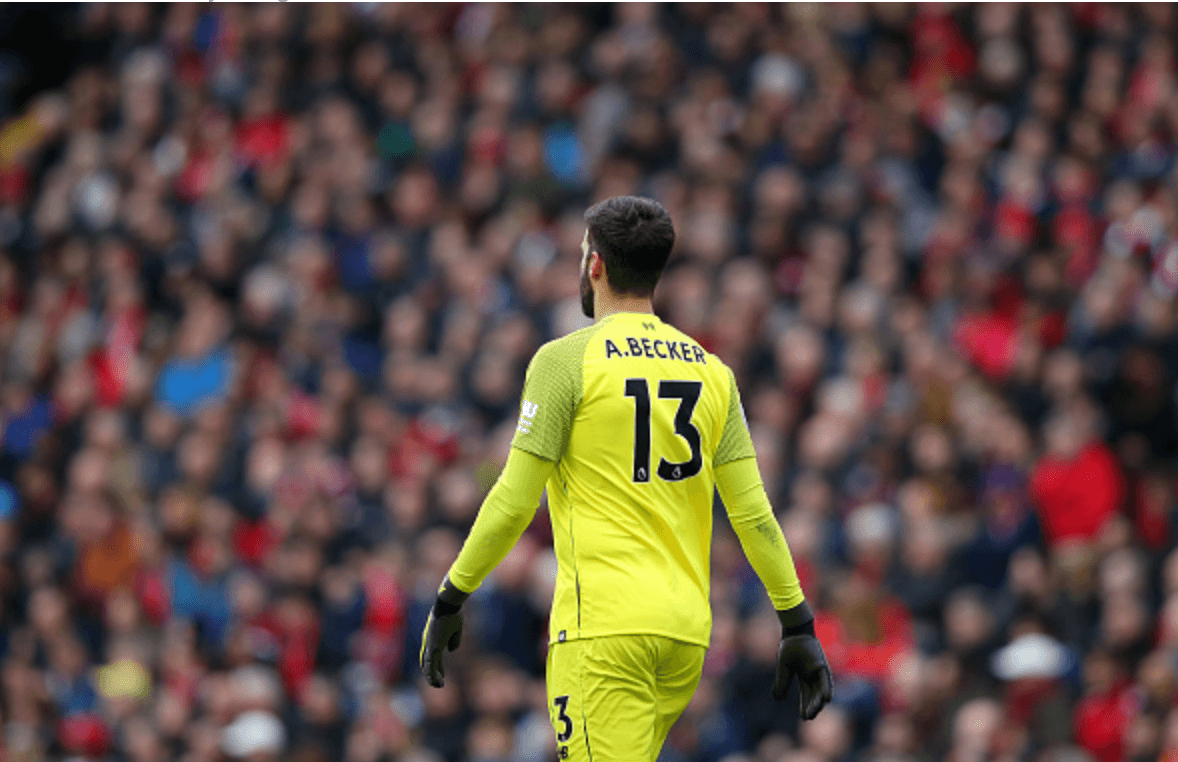 It’s that time of year again. Awards season is upon us once more with the Premier League’s best players, for once, vying for individual honours as the PFA Player of the Year and PFA Team of the Year are announced. Always a hotly debated topic, this season’s choices will undoubtedly cause controversy. However, as this is a team selected by Premier League professionals, we should probably just accept their decisions.

In the first of a three-part series, 90MAAT will analyse just who should feature in the PFA Team of the Year, starting with the goalkeeper and back four. I can’t promise to get all of the predictions right, but I can guarantee most of you will disagree with me. Let’s get to it…

Having slotted into the PFA Team of the Year in five of the last six seasons, David de Gea’s selection at goalkeeper has become more of a formality. However, for the first time since the 2013/14 season, it seems highly possible that the Spaniard will miss out.

While still producing the flying saves and lightning reflexes that we have become accustomed to, de Gea’s performances this season have been a little underwhelming. There is no denying that Manchester United’s number one is a world-class goalkeeper though, still saving multiple points for his team this campaign. He is the only goalkeeper at one of the top six clubs to have made over 100 saves. However, it would come as little surprise if he was finally ousted from his slot in the Team of the Year, given the standard set by fellow members of the goalkeepers’ union.

Arguably leading the way as one of de Gea’s main rivals for the position in the team is Liverpool’s Alisson Becker. The Brazilian has impressed in his debut season and it seems he is well on his way to securing the Golden Glove award, having accumulated 17 clean sheets so far. He’s also got the highest save percentage (77.1%) of any keeper in the top flight. Despite the fact that Alisson has made a few errors this season, it seems like Jurgen Klopp has finally solved his goalkeeping puzzle.

Ederson has been a model of consistency since signing for Manchester City in 2017 and is yet to make an error leading to a goal this season as the Brazilian has once again enjoyed a fine season for City. However, will the fact he remains Alisson’s understudy in the Brazil national team count against him?

In one of the most difficult selections to predict, Alisson has become an indispensable member of Klopp’s side following a string of impressive showings. He just about gets the nod ahead of Ederson, although there can be few complaints should the City stopper be chosen ahead of him.

Another tricky prediction comes on the right side of the back four. Wolves’ Matt Doherty is one of the favourites to secure his place in the Team of the Year after a stellar year at Molineux. With three goals and four assists, the Irishman has become a regular for many Fantasy Premier League managers thanks to his productivity going forward.

Someone who could offer competition to Doherty is Trent Alexander-Arnold. Despite being just 20 years-old, the Scouser has played in a Champions League Final, a World Cup and made 75 appearances for Liverpool already. A dead ball specialist, the youngster has bagged one goal and six league assists for the Reds this season and has nailed down his position as the first choice right-back in the league’s best defence.

The fact that Aaron Wan-Bissaka is England’s fourth choice right-back does not belittle the Crystal Palace star’s ability. It simply shows the country’s ridiculous strength in depth that such a talented defender has never been called up to the senior squad. While Wan-Bissaka, 21, is another highly effective right-back on the front foot, his defensive abilities are right up there with the best full backs in the league. Do not be surprised if Manchester United swoop in to secure his signature this summer.

In another split decision, I am inclined to go with the Irishman, partly because this man has come from nowhere to establish himself as one of the Premier League’s top right-backs. Few defenders can match his ability going forward which is the main reason I believe he will pick up the award.

In one of the easiest selections, Virgil van Dijk will certainly take his place in this season’s PFA Team of the Year. The man has been a colossus at the back for Jurgen Klopp and is the favourite to land the Player of the Year award too. The Dutchman has transformed Liverpool’s fortunes and we are reminded of his ability every time he steps out onto the field.

Aymeric Laporte arrived last January with a hefty price tag to his name too. Although he did not match van Dijk’s immediate impact, he has since developed into Manchester City’s star defender. He is not just extremely capable defensively, but effortlessly brilliant while in possession too.

Tottenham Hotspur’s Jan Vertonghen has enjoyed yet another top season alongside compatriot Toby Alderweireld at the heart of Spurs’ defence, but neither have hit the heights of van Dijk and Laporte.

Quite simply the two standout defenders of this season’s Premier League. Probably the easiest two slots in the team to predict, it would be very surprising if someone else got into the team ahead of them.

Merseyside can boast two potential candidates for the left-back role in the team. Everton’s Lucas Digne has been an instant hit since signing from Barcelona in the summer, bagging three goals and four assists – largely thanks to the menacing threat he provides from set pieces. The Frenchman seldom has a bad game and has been the perfect replacement for the aging Leighton Baines.

Across Stanley Park, at Anfield, Andy Robertson has continued his meteoric rise this season with nine assists in the league so far. His wicked left-footed delivery was perfectly exemplified in his last outing, providing the cross for Roberto Firmino’s opener against Spurs. A huge fan favourite, the Scot has started 30 of the 32 league games for the Reds thus far and it is no coincidence that in the two games he did not start, Liverpool failed to keep a clean sheet.

Ben Chilwell’s excellent form for Leicester City has been rewarded by Gareth Southgate selecting him as England’s starting left-back, ahead of the likes of Luke Shaw, Danny Rose and Ashley Young. The 22-year-old is very comfortable in the possession and should he continue to fulfill his potential, expect some of the Premier League’s big boys to come calling.

Although Digne can certainly put forward a strong case, he may be prejudiced against for not playing for one of the big six. Although, it’s not like Robertson doesn’t deserve to be in the team.

Predicted 2018/19 PFA Team of the Year  Goalkeeper and Defenders: