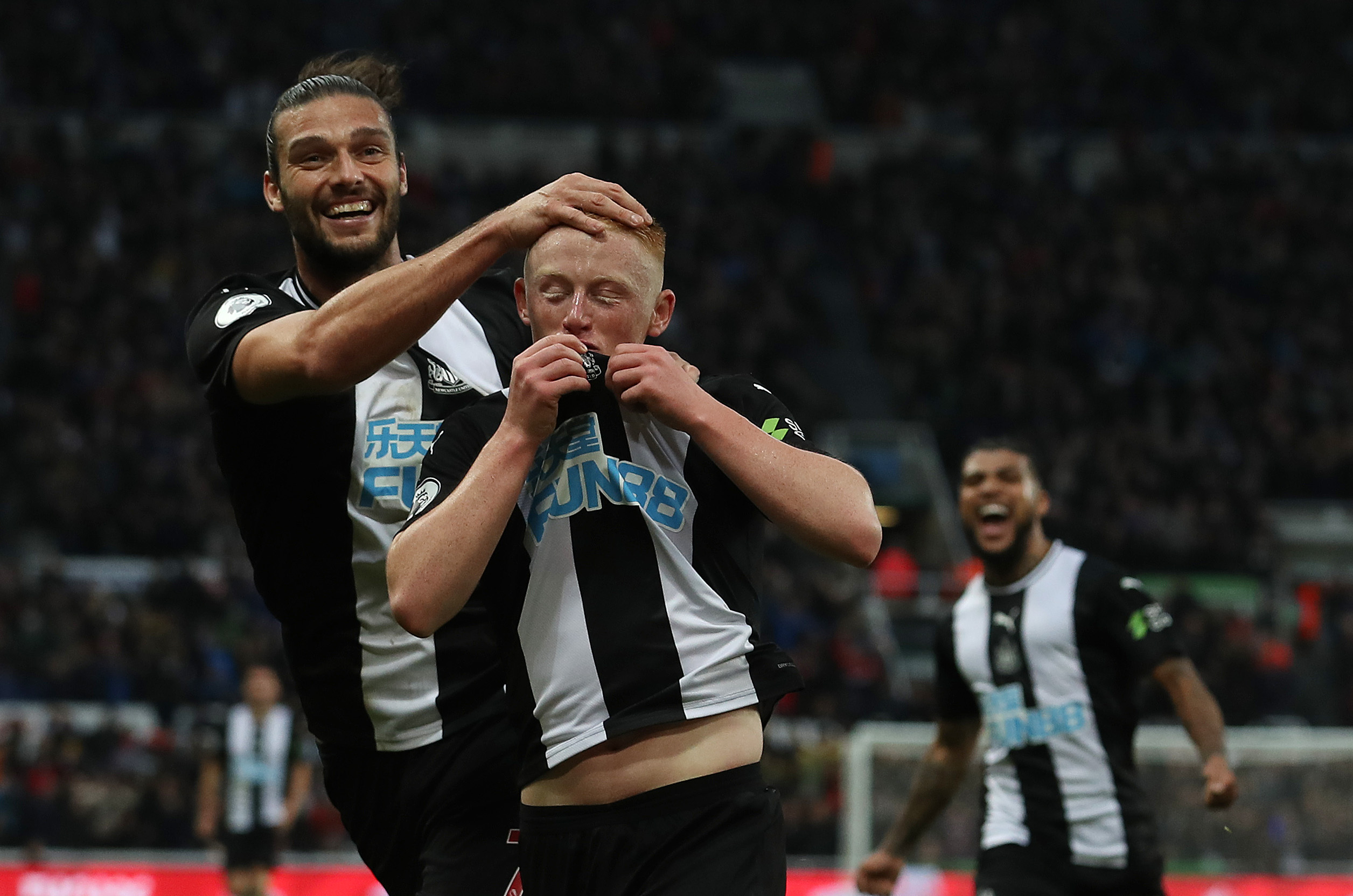 Following a number of disappointing performances this season already, the Magpies had been touted as one of the teams most likely to occupy a relegation spot come the end of the season. Newcastle’s troubles in recent times have become well-documented, with off-field issues only adding to the drama. Prior to last Sunday’s match, they lost 5-0 to Leicester – a performance which lacked hunger, desire and quality. Something needed to change. And fast.

His vital goal saw the hosts claim all three points and add to Manchester United’s spiral out of control.

When Sean Longstaff first broke onto the scene, fans knew they had a special talent and warmed to him almost immediately. The hometown midfielder’s performances have been outstanding, playing with a maturity that one wouldn’t expect from a 21-year-old. Nonetheless, Longstaff became the bright spark that has continued to shine even in the darkest of times.

However, fans now have a new club hero – and it’s his brother. As the squad finished training on Saturday, Matty Longstaff went to go collect his things as he was preparing to head over to do some shooting practice, thinking he was not in contention to make the squad, let alone the first XI. He was wrong.

With Isaac Hayden suspended, the news was broken to him that he would be in the team and the youngster hadn’t a clue how to react. The following day, the brothers lined up alongside each other in midfield and while both were exceptional and it was Matty who was awarded the man-of-the-match award.

The youngster could very easily have been overawed by the occasion, but instead, he was buzzing around and setting the tempo for the rest of the team. He, along with Sean, were in the engine room, tasked with closing down and protecting their defence; and Matty did exactly this, recovering possession on four occasions during the match and limiting Manchester United to just a measly three attempts on goal.

However, it wasn’t just Longstaff’s defensive display that was so impressive, with the player constantly looking to get forward and support the attack. In the first half, he made a lung-busting run to get forward, picking up the ball around 25 yards out.

As the ball popped up, the youngster made the decision to have a go – and what a strike it was. The shot was swerving away from David de Gea, who was rooted to the spot, but luckily for the Spaniard, the Newcastle man’s shot cannoned back out off the bar. It was a lucky escape for the Red Devils.

With the away side ramping up the pressure in the second half as they went in search of a winner, the home crowd grew increasingly anxious. But, they had no reason to fear, as their new Premier League debutant flew forward once more on a counter-attack, this time receiving the ball from Jetro Willems, Matty Longstaff fired home a venomous strike low into the corner from distance.

It was a dream moment for the player, who became the youngest Newcastle player to score on their Premier League debut.

His performance, rightfully, drew plenty of praise from fans and pundits, with Alan Shearer notably brimming with joy on BBC’s Match of the Day 2. However, his colleague Martin Keown claimed that the youngster’s performance reminded him of former Manchester United legend Paul Scholes and the way he used to play. It was a big statement from the former Arsenal man, but this reiterates just how impressive the Newcastle man was.

Playing for the badge

The Magpies have often lined up with the likes of Jonjo Shelvey or Issac Hayden in midfield, but there has been a distinct lack of consistency. To make matters worse, the team have been on the wrong side of a one-sided scoreline on a number of occasions in recent times and the performances have simply lacked desire and determination. However, last Sunday’s win was hard-fought and dogged.

And we should praise Steve Bruce for that. His decision to field a risky lineup, including a player that has never featured in the league before was bold – but it was even braver as it was against a ‘top six’ side in the Red Devils. Matty Longstaff had 48 touches of the ball, despite his team only having 31% possession.

However, he played every pass with a positive attitude and a confidence that has often been lacking in the centre of the park for the Magpies. His 72% passing accuracy highlights the fact that he was willing to take risks, but the starlet knew when to do just that, ensuring his side wouldn’t be left vulnerable.

It was a masterful display from the youngster, who covered nearly every blade of grass. But, perhaps the best thing as far as Newcastle fans are concerned, was his celebration. Longstaff ran towards the corner in utter disbelief, shouting and screaming. As the celebrations calmed down, he lifted up his badge from his shirt and kissed it – the perfect way for the homegrown player to share the moment with the fans.

There’s no denying that Newcastle are still a vulnerable team that could well be in a battle to stay in the league this season. However, in Matty and Sean Longstaff, they might just have found their perfect mix of character and quality in midfield – a combination that could bring plenty of success this season.

Sunday’s win has fans believing once again, and Bruce will be hoping that the players can continue to put in these kinds of performances on a regular basis to ensure their status as a Premier League club. And based on his performance, it appears as though Matty Longstaff will be a key component for the Magpies as the season progresses.