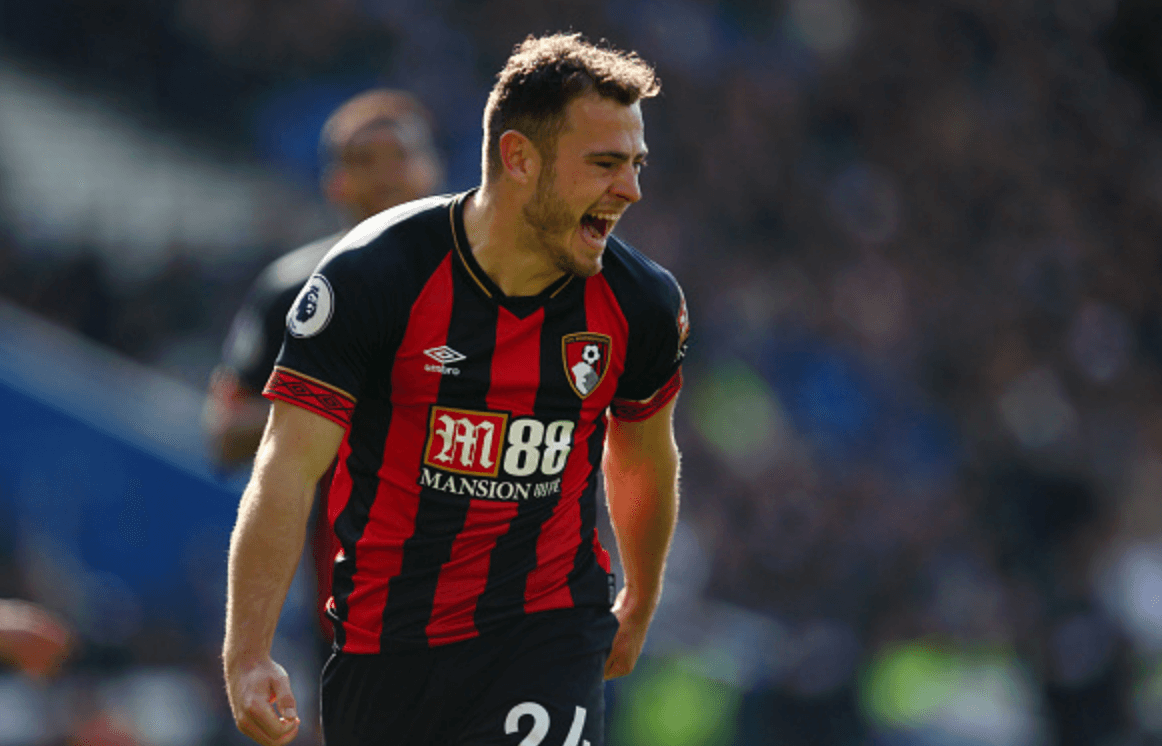 AFC Bournemouth have spoken out on the reports that Scottish winger Ryan Fraser is attracting interest from the likes of Arsenal in a £40m summer move.

Fraser, 25, enjoyed an outstanding campaign in 2018/19, scoring seven goals and registering 13 assists across an impressive season on the South Coast.

“Much has been written and spoken about the future of Ryan Fraser, as his contract with AFC Bournemouth heads into its final 12 months.

“As is the club’s policy, details regarding contract negotiations or transfer activity are kept confidential and do not enter the public domain.

“However, following some recent reports I felt it was imperative to speak publicly and provide balanced clarity on the situation.

“The offer of a new long-term contract has been on the table for Ryan for some time.

“In September 2018, at the request of Ryan’s representative, negotiations were paused to allow the player to focus entirely on his football.

“He went on to have an outstanding season, with seven goals and 13 assists helping the club secure a fifth successive season of Premier League football.

“During that time, I have been – and continue to be – in regular dialogue with Ryan’s representative, and have made it clear to both him and the player that our contract offer remains on the table.

“Quite simply, Ryan is a fantastic player and an integral part of our squad. We look forward to welcoming Ryan back to us next month after a well-earned break, upon which he can focus on having another standout season for AFC Bournemouth.”

This is a defiant stance from Bournemouth over one of their key players, and Eddie Howe will be hoping to retain the Scotsman in his squad for the 2019/2020 campaign.