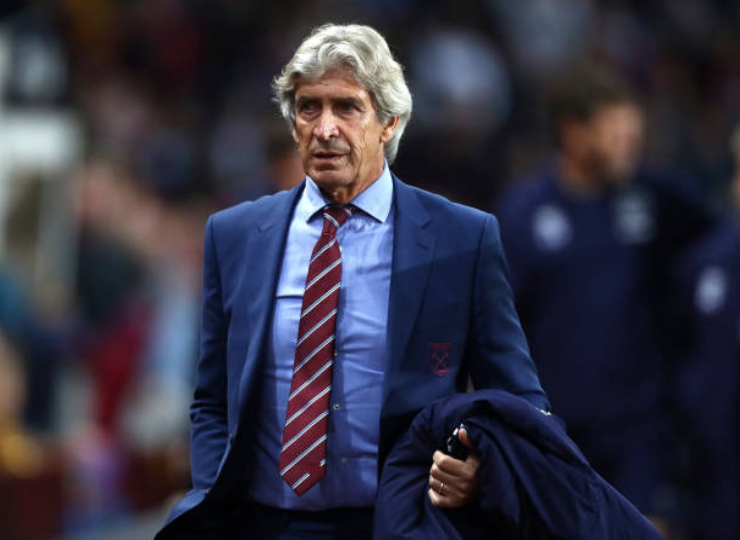 Aston Villa and West Ham shared the spoils as their Monday night encounter ended in a goalless draw.

West Ham had the better of the game in the first half, with Sebastian Haller’s headed effort falling just wide of the mark. Villa also had their chances, most notably through Wesley, who also guided his headed effort wide.

The Hammer’s skipper Mark Noble was lucky to stay on the pitch during the first half though as he appeared to dive in the Villa penalty area, despite already being on a yellow card.

However, West Ham did see red in the second half, as left-back Arthur Masuaku received his marching orders after a second bookable offence on the Egyptian Ahmed Elmohamady. The consensus between both sets of fans was that the second yellow was quite soft.

Villa couldn’t capitalise on their man advantage, with their best chance being scuffed by their captain Jack Grealish minutes from the death. Both teams came away from the encounter with a point, which is a fair result based on their performances.

After the poor display from Kevin Freind in Villa’s 1-0 defeat to Crystal Palace two weeks ago, Villa fans were hopeful for a better refereeing display from Mike Dean against West Ham.

It’s fair to say the standard of refereeing didn’t improve massively though, with Dean making some questionable decisions throughout the game. The first was Noble’s dive in the Villa penalty area, which Dean seemed to miss. If he had called up the West Ham skipper for diving, Noble would surely have been given his marching orders for his second bookable offence.

Another questionable decision Dean made was Masuaku’s second yellow, which was quite soft. Although Dean didn’t have the best view of the incident, Masuaku was rather unlucky to walk. Finally, West Ham fans protested late on as Tyrone Mings seemed to clip Ryan Frederics in the penalty area, however, no decision was given.

With the standard of officiating being increasingly scrutinized this season, the question must be asked whether the role of VAR has been implemented correctly to properly assist the officials in their decisions?

Trouble in the Villa camp?

During the first half, Villa teammates El Ghazi and Mings clashed, with the dutch winger seeming to headbutt his teammate. The argument started after El Ghazi didn’t track his runner back, almost leading to a West Ham goal and leaving Mings furious at his mistake. Dean had a look at the incident through VAR, potentially to see whether either man needed to be sent off. No cards were given.

The pair reportedly solved their issues in the dressing room at half time, and both looked to have moved past the incident in the second half. Villa’s manager Dean Smith mentioned in his post-match interview that the players had sorted out the argument themselves and that the issue won’t go any further.

With what looks to be a tough relegation fight ahead, a conflict between teammates is a worrying sign for Villa fans. The squad will need to be together to battle relegation, otherwise, the Midlands side will find themselves in the Championship once again.

However, after going down to 10 men against Villa, West Ham stayed persistent and saw out their 0-0 draw. Despite not picking up three points, the West Ham fans will surely see this as a step in the right direction, as their team would have most likely lost the game was it a season ago.

Is Villa’s attack going to keep them up?

It has been a tale of two halves for Aston Villa this season, despite only being five games in. Villa can boast that they have the joint highest clean sheets in the league, whilst conceding only six goals in their first five games. For a newly promoted team, this record could certainly be a lot worse.

However, at the other end of the pitch, Villa have only managed to score four goals, and they are goalless in their last two games. The most worrying sign is that their new front three of Wesley, Jota and El Ghazi don’t seem to have clicked, with only two goals between them this season.

Villa fans were wary of heading into the season with only one starting striker, and if their forwards continue to not perform, it could be a long season for the Midlands side.

After a few years of mid-table mediocracy, West Ham have finally seemed to assemble a manager and squad capable of pushing for Europe. With the money that has been invested into the club over the past few seasons, both the West Ham fans & board will be expecting a strong effort from their side this season.

However, West Ham will need to eliminate mistakes such as their red card against Villa if they want to get into Europe this season. With teams such as Leicester, Wolves and Everton all pushing for European places, every point will be essential if West Ham wants to make it.

With wins over Norwich and Watford, as well as a striker who seems to know where the goal is in Haller, Europe is still a possibility for the London side.

Aston Villa will face one of their toughest tests yet as they face Arsenal at the Emirates Stadium. West Ham host European rivals Manchester United.