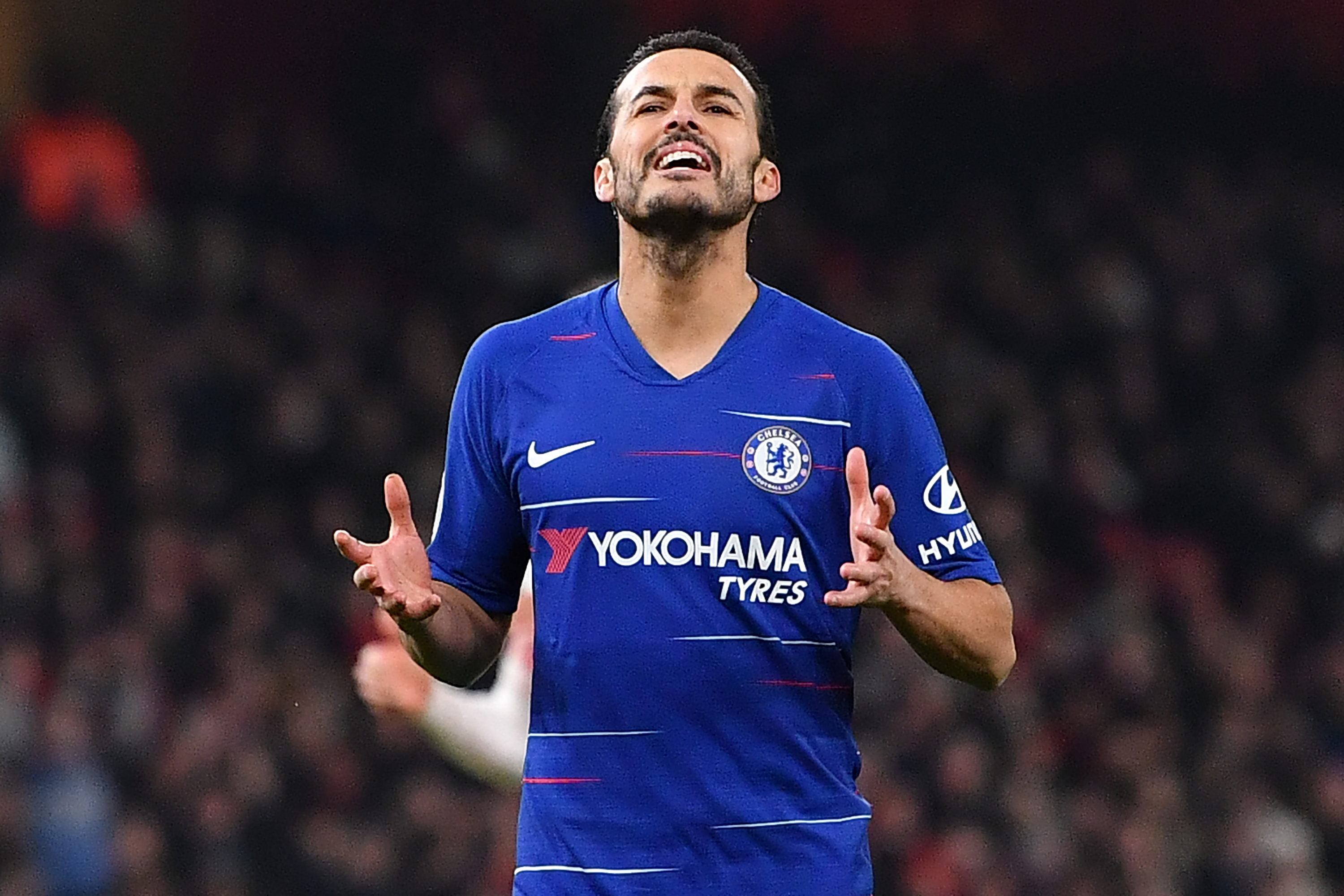 Aston Villa could move for Chelsea’s Pedro in January

Aston Villa are interested in signing Pedro from Chelsea, according to reports from The Telegraph, in a cut-price deal as the winger’s contract expires in seven months.

Pedro, 32, has been with the Blues since joining from Barcelona in 2015, and despite his age, the three-time Champions League winner could add some experience to the relegation-threatened Villains.

Having a player like the Spaniard, who is a serial title winner, would be a positive addition to the Villa dressing room while giving the player more game time after falling out of favour at Chelsea; having made just four league starts so far this season.

Pedro began his career in the Barcelona B set up, making his debut in 2008, though it was to be another season before he was promoted to the senior side permanently. During the treble-winning season of 2008/09, he made 14 appearances, providing one assist, as he played a bit-part role in the Catalan team’s European and domestic success.

The next campaign though was his breakthrough as his manager Pep Guardiola confirmed he would be part of the first-team set-up, and the winger would go on to form part of a trio with Lionel Messi, Zlatan Ibrahimović or Thierry Henry. In total Pedro made over 40 appearances in La Liga and the Champions League, and he also became the first player to score in six different club competitions in one season, all three domestic competitions, along with the UEFA Champions League, Super Cup and the Club World Cup.

In 2010, Pedro made his debut for Spain and was selected for their World Cup squad for the tournament in South Africa, which they would eventually go on to win.

During the following campaign, Pedro stepped up his goalscoring exploits, finding the back of the net on 18 occasions in the league and Champions League, along with a further eight assists in 45 appearances.

Pedro would go on to win the European championship with his country in 2012, along with a further three Spanish league titles, to amass five in total, as well as three Copa Del Reys. While on the continent, the winger helped Barcelona lift the Champions League on another two occasions to become one of the most decorated players in history.

Though eventually, his place in the starting eleven at Barcelona would come under threat and in 2015 he swapped Catalonia for London, joining Chelsea. Since arriving at Stamford Bridge, the Spaniard has lifted the Premier League title in 2016/17 under Antonio Conte, as well as raising the Europa League in 2018/19 to win almost every trophy available.

If Pedro were to make the move as The Telegraph suggests, it could be highly beneficial for both the player and the two clubs involved. The winger is currently not getting as much action on the pitch as he would have liked, having made fewer appearances than Willian, Christian Pulisic and Callum Hudson-Odoi in all competitions this season, with manager Frank Lampard prioritising youth.

Therefore, his club are likely to be keen to get him off the books as they will not want to be paying a player with wages like Pedro who isn’t influencing proceedings on the pitch.

Meanwhile, Aston Villa would likely be very keen on the deal, considering his contract is running out along with his age meaning Pedro would probably have to accept reduced wages relative to what he is currently earning with Chelsea.

Performances this season have suggested that Pedro is by no means past his shelf life as a Premier League player. Still, if he can accept making a step-down, then the move could benefit Villa greatly, adding further attacking options in their bid to retain the club’s Premier League status in 2019/20.