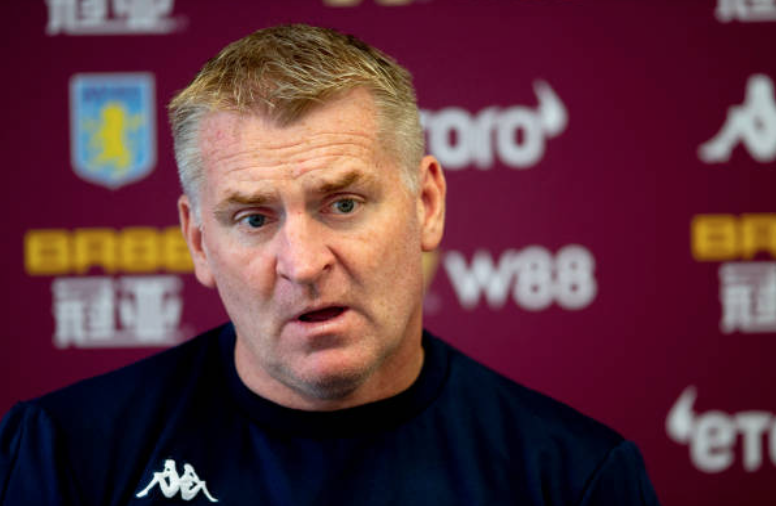 Premier League is finally back at Villa Park as the Villans host AFC Bournemouth in their first home Premier League game since returning to the top flight.

For the Cherries, it’s their second successive game against newly-promoted opposition and Eddie Howe will be hoping his side fare a little better this time around after being held to a 1-1 draw at home by Sheffield United. Keeping things tight at the other end is not one of the Cherries strengths and last weekend Eddie Howe’s porous backline picked up where they left off last season when they failed to keep Sheffield United out at the Vitality Stadium.

The result meant that Bournemouth have kept just three clean sheets in their last 15 topflight fixtures, while their away record looks even worse, with only two blanks secured in 14 attempts on the road.

They do rely on their attack to bail them out and with Wilson and Fraser, they have one of the league’s deadliest attacking duo. Ryan Fraser was superb last season and the Scotland international ranked second in the Premier League for assists (14) behind only Eden Hazard (15) and was a thorn in the side of almost every defence he came across. He and his Bournemouth teammates didn’t get off to the greatest of starts against Sheffield United though and they will be looking to put that right this weekend.

Even though Aston Villa’s defeat in their first Premier League match since 2016 last weekend would have been greeted with a certain amount of disappointment, the club’s supporters and the players themselves will know that losing away at Tottenham Hotspur was never likely to be a season-defining or trend-setting result.

Last Saturday, Villa took the lead in North London before being washed away late on by wave after wave of relentless Tottenham attacks. Pochettino’s side racked up a whopping 31 attempts on the Villa goal in total which was the highest number of shots registered by any Premier League team on the opening weekend of the 2019/20 season.

While the result itself is unlikely to send Dean Smith into a panic, the number of chances his team conceded is certainly a valid cause for concern. Villa played with an adventurous swagger in the Championship last season though the play-off winners kept a clean sheet in only 26% of their league fixtures in 2018/19.

Smith will be keenly aware of that and despite being a newly-promoted side, the nature of the club’s expenditure – signing 12 players and spending well over £100m – will come with the expectation to emulate Wolverhampton Wanderers’ terrific campaign last time out in which they finished seventh in their first season back in the Premier League, earning Europa League football in the process. One of those signings is defender Tyrone Mings, who faces his former club for the first time since leaving to join Villa in the Championship on loan last season, before signing permanently this summer.

In their first home match of the new campaign this weekend, Aston Villa will feel like they are starting their season afresh in what promises to be a carnival atmosphere at Villa Park.

With a raft of new signings to integrate over time, Dean Smith named a familiar looking starting XI at Tottenham and almost saw his faith in those that played last season rewarded. The fans will be expecting to see more of their new signings this weekend though.

James Chester, who picked up a hamstring injury during pre-season, is joined on the side-lines by Jonathan Kodjia and Kortney Hause, but otherwise, Smith looks to have a full squad to pick from.

Frederic Guilbert was perhaps the most surprising omission against Tottenham as he was left out of the squad altogether, with Ahmed Elmohamady chosen to offer support to new signing and compatriot Trezeguet, who impressed on the right.

Bournemouth have an extensive injury list heading into this match. Indeed, Lewis Cook and Simon Francis are both long-term absentees with knee injuries, while Dan Gosling, Junior Stanislas and summer arrival Kelly are all on the side-lines.

David Brooks was outstanding for the Cherries last season, but the Welshman will miss out on the chance to face his former club following ankle surgery. Charlie Daniels could feature after recovering from knee surgery however in what would be a big boost for Howe’s side.

Dean Smith has won three of his five league matches against AFC Bournemouth (D1 L1) – all with Walsall in League One – including a victory in his only previous meeting with Eddie Howe in January 2013.

Callum Wilson has been directly involved in eight goals in his last five away Premier League appearances, producing four goals and four assists.

John McGinn could become the first Scottish player to score in his first two Premier League appearances, while only two players have found the net in their first two appearances in the competition for Villa – Dalian Atkinson in 1992 and Dion Dublin in 1998.

AFC Bournemouth have scored at least three goals in each of their last three away Premier League matches, though have only gone on to win one of those encounters, drawing one and losing the other.

Only Hazard (98) and James Maddison (100) created more chances in the Premier League than Fraser (93) last season.

Both defences are there for the taking in this one and whilst they came close to positive results last weekend, they were both left disappointed after conceding late. Villa will be full of confidence after their display against Spurs last week and will be roared on by a packed-out Villa Park for their Premier League return.

Dean Smith showed that he’s not afraid to do something unexpected which he showed with his team selection against Spurs – and it almost paid off. If I were Eddie Howe, I don’t know what I’d expect from Dean Smith – Aston Villa’s most valuable asset at this stage.