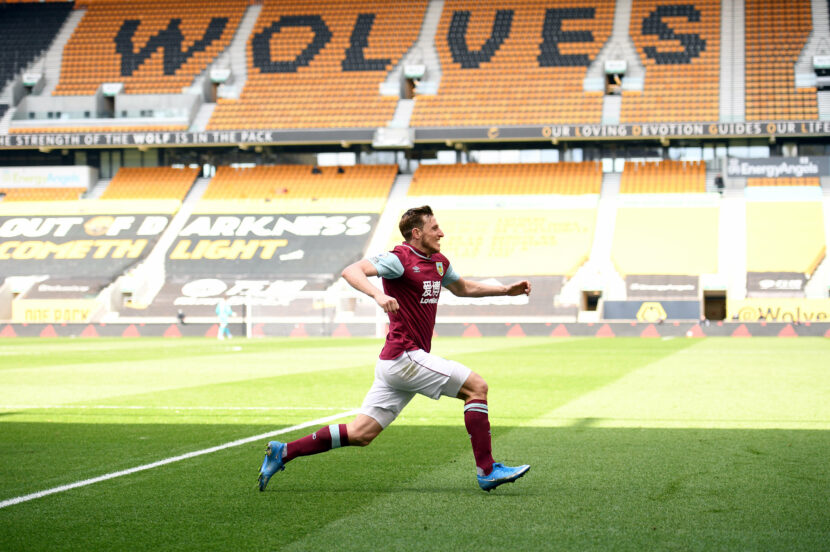 Chris Wood utterly dominated Wolves on Sunday afternoon, tallying three goals and an assist in a brilliant individual performance. In doing so, he achieved a number of elite goal-scoring feats, including one that has been 23 years in waiting.

In 1998, Liverpool’s Michael Owen fired a first-half hat-trick in a virtuoso display at St James’ Park. No Premier League player had scored an away treble in a single half since, until Burnley arrived at Molineux in late April 2021. It could well be years, or even decades until someone matches Wood’s quickfire brilliance after a trio of clinical finishes steered the Clarets to a rampant 4-0 triumph.

Matching Owen’s antics is by no means the only reason that Chris Wood will now live in football folklore. Perhaps unsurprisingly, the Kiwi hitman became the first New Zealander to score a hattrick in the competition, meaning 46 separate nations are now represented on the list of treble getters. He also joined Andre Gray as only the second Burnley man to find the net three times in a single Premier League fixture.

Perhaps most meaningfully, and impressively, Wood’s big day saw him reach double figures in the Premier League for the fourth consecutive season, joining a seriously elite list of players in doing so. Before the weekend, only Harry Kane, Mohamed Salah, Heung Min Son, Alexandre Lacazette and Raheem Sterling could claim to have scored ten or more league goals in each of the previous four campaigns. Chris Wood now sits as a less glamorous but no less deserving sixth member of this exclusive group.

Overriding all of the individual accolades that Wood earned with his clinical showing is the almost certain safety that Burnley’s brilliant three points has provided them. Sean Dyche has again defied the odds, this time overcoming a slow start by finding form at the key time. When looking for reasons behind the Turf Moor club’s ability to consistently punch above their weight, it would be foolish to ignore Chris Wood’s ability to consistently provide a solid goal tally.

Burnley’s magnificent Molineux showing means they will dine at the top table for at least another year. In Chris Wood, they have a record-breaking striker capable of scoring the goals to keep them there for even longer.

In case you missed it, this Premier League club is leading the pack for fair football.