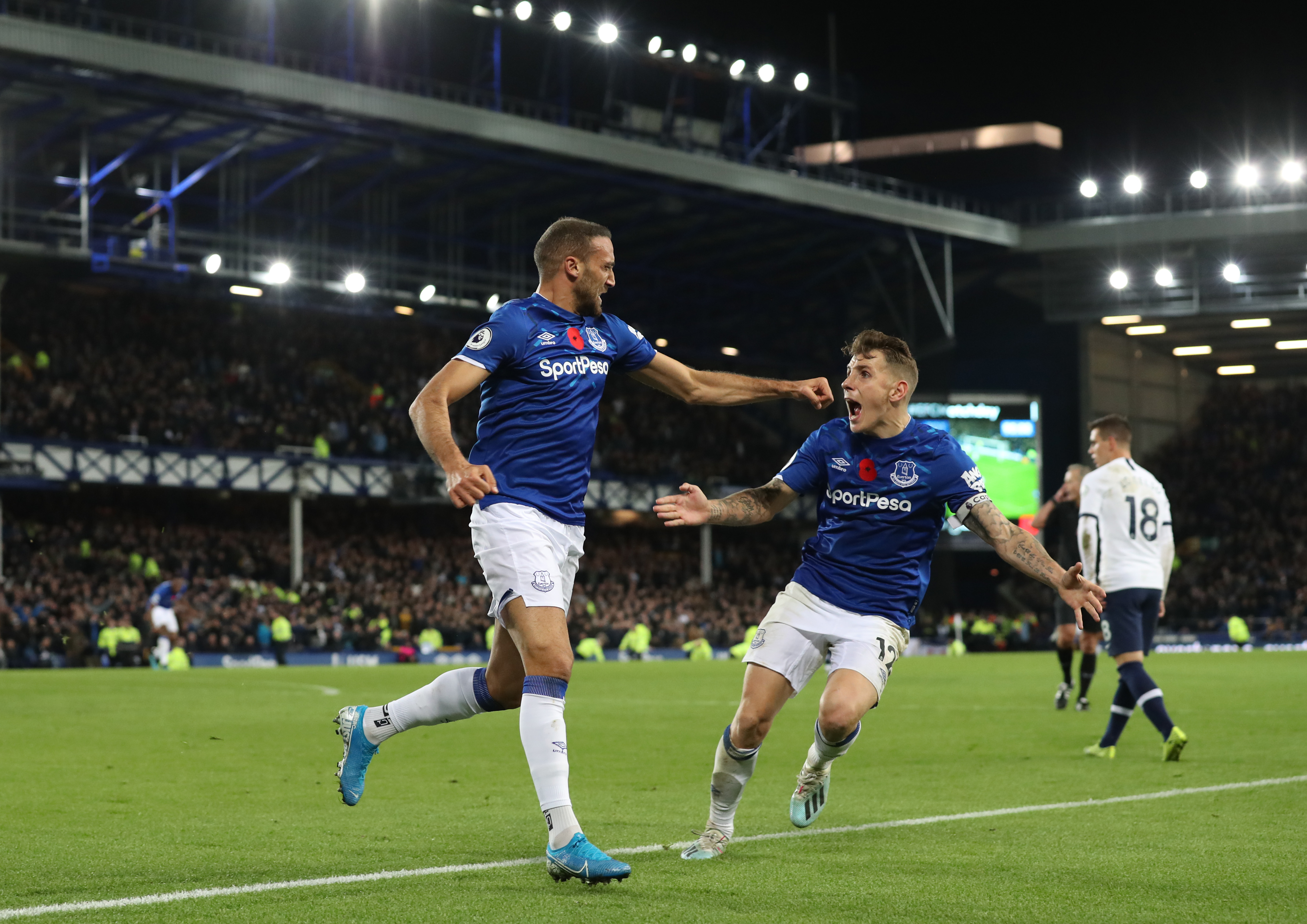 In perhaps the most distressing and confusing games of the 2019/20 season, Tottenham were denied three points after substitute Tosun scored a 97th-minute equaliser at Goodison Park. But it was a horrific leg injury to Andre Gomes that overshadowed the end of proceedings at Goodison Park.

Both teams played poorly in the first half and it took until the 63rd minute for Dele Alli to break the deadlock for Spurs. Alex Iwobi gave up the ball to Son with a weak pass and the Spurs man threaded the ball through to Dele Alli who finished calmly into the bottom corner.

With Everton struggling to break through Spurs’ defence, a three-minute wait for a VAR check on a handball by Alli added to the tension around the ground. Eventually, the officials decided there was no offence, which seemed to be another wrong decision by VAR, which doesn’t really come as a surprise anymore.

But with about ten minutes to go, Andre Gomes collided with Serge Aurier and the Everton player suffered a very visible injury to his right foot – the result of which will likely be a very long time out from football. Amidst the confusion and distress, a crying Son was wrongly handed a red card by an incompassionate Martin Atkinson, with VAR failing to step in and correct.

Eventually, in the seventh of twelve added minutes, Digne volleyed an excellent cross into the area for Tosun to head home the equaliser.

A point at this stage suits neither Everton nor Spurs, with the teams sitting in 17th and 11th place respectively after 11 games.

A horrendous leg injury and a befuddling red card

The obscure events that occurred around the 80th-minute mark of the match mostly led to the twelve added minutes that allowed Everton to clinch a point. But the whole nature of the situation really dragged attention away from the game at hand – seemingly for both players and officials.

Without describing the events in too much gruesome detail, a tackle from Son sent Andre Gomes onto the floor and the Portuguese collided heavily into Aurier, resulting in an injury that was deemed too devastating for any replays. All those around Gomes began to realise the seriousness of the injury, many turning their heads away looking utterly traumatised – Heung min Son included.

The referee gave Son a yellow card for the challenge that brought Gomes down initially, but upon seeing the severity of the injury himself opted to send the South Korean off with a straight red. Son didn’t kick up a fuss as he looked eager to leave the field anyway but, with the emotions attached to such a horrific injury aside, it seems the referee made a big error of judgement.

It was Aurier who inflicted the injury on Gomes, but it was certainly unintentional – both players seemed to be sliding along the ground but Gomes came out much much worse. In the situation, VAR absolutely had to step in and rescind the red card.

Tottenham’s away form is continuing its trend, with Pochettino’s men failing to win on the road since January. At the rate it’s going, Spurs may go a whole year without winning away from home. But something has extinguished the spark in Tottenham’s performances, both in home and away matches.

Most of the first half consisted of Tottenham passing sideways and backwards, occasionally giving the ball away and allowing Everton the opportunity to create a meaningful attack (which luckily they didn’t do most of the time).

To be fair, the team picked it up in the second half, and the goal was not really undeserved. However, the lead never looked secure and Spurs didn’t have a clear-cut opportunity to put the game to bed. Their sloppiness resembled a mid-table team simply trying to avoid being dragged into a relegation battle and you wonder how long it can go on for until a drastic change is made by either the manager or the board.

The pressure continues to build on Marco Silva, with Everton sitting three points above the relegation zone. The Toffees were originally tipped to at least get close to the top six, but a poor start means they are eleven places away from being in this bracket almost a third of the way through the season.

But the truth is, Everton have managed to claim some important and convincing wins against West Ham in the league and Watford in the cup across the last few weeks. But on Sunday Everton looked to be suffering from the same problems that Spurs are having – a lack of confidence. Passes were wayward and sloppy on a number of occasions and the threat on goal was practically non-existent for most of the game.

Bernard was certainly missed by Everton on Sunday, but perhaps the bigger issue is that their striker Richarlison is lacking a finishing instinct as of late. The Brazilian hasn’t scored a league goal since the third game week when he netted a brace against Wolves. Many of the glimpses of Spurs’ goal came to Richarlison, but he was not able to test Gazzaniga in goal. Perhaps Cenk Tosun could do with some more first-team action.

The reason why fans want Poch out

It’s pretty unbelievable the effect that one player can have on a team sometimes – positive or negative. In Spurs’ case, the benefits of having such a world-class attacking midfielder in their squad have turned rotten and Christian Eriksen now seems to be tainting the team’s performances by his lack of desire to display any sort of creativity.

Eriksen gave up possession 16 times throughout Sunday’s match. For a player that used to be praised worldwide for his creativity, it’s hard to believe that the Dane’s poor run of form is due to anything but a desire to leave north London. It doesn’t really make sense that any player, let alone Christian Eriksen, can so consistently fail to lift the ball properly off the ground from a set-piece.

But then what on earth is Mauricio Pochettino still starting Eriksen for in all these crucial games? You can hardly blame some Spurs fans for wanting the Argentine out if he continues to make such irrational decisions as this.

Man of the Match – Lucas Digne

Lucas Digne was one of the few players on the pitch who actually made a good day of the occasion. The defender’s assist alone was enough to earn him the man of the match award.

Everton are down on the South Coast next week to take on fellow Premier League strugglers Southampton, while Tottenham hope to overpower high-fliers Sheffield United, with Chris Wilder a spectator of Tottenham’s game against Everton.