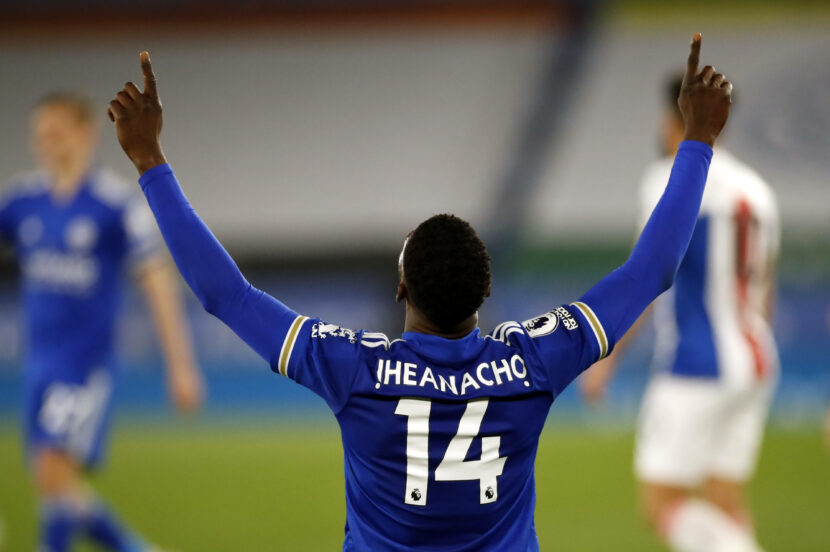 The contrast in the attacking output of Kelechi Iheanacho since February this year compared to his Leicester career before that month is truly staggering.

Having joined Leicester from Manchester City in the summer of 2017 in a £25 million deal, he managed to score just nine league goals in 71 league games before the start of this season. Despite only scoring his first league goal on February 3rd, he has managed 10 league goals in 20 appearances this season, as well as 17 goals in 33 games in all competitions. Since February, he has scored more league goals than any other player in the Premier League.

This tally has made him Leicester’s top scorer this season, the first season since 2014/15 that their top scorer may not be Jamie Vardy, and his goals have put Leicester into a favourable position to achieve Champions League football.

From backup to main man

The turning point for Kelechi Iheanacho has been an injury-forced formation change that has result in him partnering with Jamie Vardy upfront. The pair started only eight games last season as manager Brendan Rodgers preferred a system with one main striker.

However, an injury to James Maddison in February forced him to find a system that would fit Vardy and Iheanacho, and since then Iheanacho has managed to score 14 goals in 14 games. Only Harry Kane (18) has been involved in more goals since then than Iheanacho (15).

His teammates at Leicester have always maintained that he has had the talent to perform like this, but the dominance of Vardy and the subsequent lack of consistent minutes played has meant that we had only seen a tiny part of the potential that Iheanacho has.

Now he is their main man, and Vardy is just part of the supporting cast as Leicester strive for a Champions League place next season.