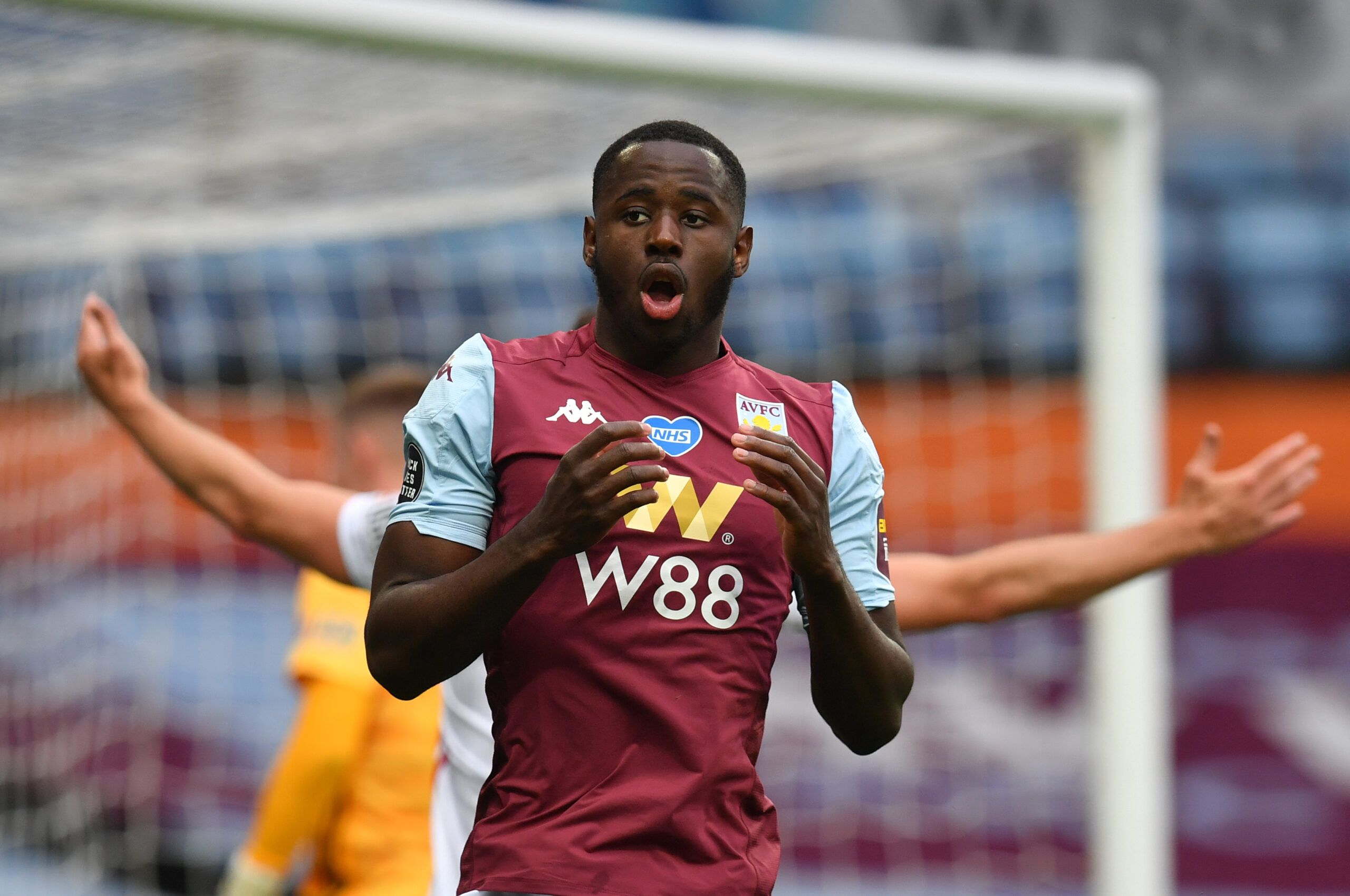 Remember the name Keinan Davis, because the circumstances of his first Premier League start may have, understandably, made it very hard to despite the performance from the highly-promising homegrown talent.

The 22-year-old had no fans in the Holte End chanting his name (technicians obviously couldn’t get any “there’s only one Keinan Davis” chants recorded in time). The shirt he will inevitably frame in his house to mark his achievement has ‘Black Lives Matter’ proudly brandished above his number 39 instead of ‘Davis’. There wasn’t even a stadium announcer to echo his name around an eerily hollow Villa Park.

In spite of the absence of his individual recognition, Davis still managed to make his mark in Aston Villa’s controversial 0-0 draw with Sheffield United; a mark that the Villa faithful have been yearning for all season and a mark that could act as a defibrillator for Villa’s survival hopes.

The Stevenage-born frontman’s defining trait is the lethal combination of his physicality and athleticism alongside his incisive footballing acumen to create chances. The stocky 6’3″ build of Davis allows him to throw his weight around, clearly competing toe-to-toe with Sheffield United’s no-nonsense and stalwart back-line leaders like Chris Basham and John Egan, whilst not limiting the striker’s movement.

This is bearing in mind that the Blades have the second-best defence in the league behind runaway winners Liverpool, and the young striker was causing problems until he left the field on the 68-minute mark. This is not your run-of-the-mill route one, stocky and tall aerial combatant that has been tried and tested throughout English football.

Keinan Davis has a knack for positioning and movement seen by players a decade his elder. The fluid and expert nature of Davis in the oppositional third immediately puts defenders on the back-foot, with the combination of electric bursts of pace and physicality to shunt holes in the back-line like a freight train. This makes the left-footer a diamond in the rough in today’s COVID era, post-break football when players are run down and fluttering around being match fit – because doing keepy-uppies with a bog roll apparently doesn’t make you game ready.

However, sheer physical power isn’t the only card Keinan Davis relies on when on the pitch. Providing stark comparisons to a veteran predecessor who wore claret and blue in Emile Heskey (possibly even down to their injury record), the forward effortlessly slips into a physical providing striker role for his assisting attacking players in Dean Smith’s malleable 4-3-3 such as Anwar El Ghazi and Jack Grealish, as well as the attacking-minded John McGinn.

This striker-turned-provider role is what sets him apart from Wesley’s ill-perceived start in a Villa shirt. Whilst also being the main attacking outlet in this set-up, Davis often drops back into the false-nine, no man’s land area between the midfield and defensive lines to pick up the ball and play quick pass-and-go plays – often to Grealish who is the essential cog in Villa’s passing passages and has frightening pass accuracy – which open up exploitable gaps in the opposition’s defence.

And exploitable these gaps are to a player with omniscient positioning befitting a forward beyond his years. Davis regularly manoeuvres himself into the firing line of airtight gaps of the defence, spring-locked and ready to run past the backline immediately after picking up the ball in an attempt to get to the penalty area, where the vast majority of his attempts are taken.

The former England U-20s international is adept at dealing with aerial balls too, either drilling goal-bound headers from whipped crosses or controlling floated balls before striking with his almost exclusive left-foot; showcased at the awakening of the second half against Sheffield United when Davis controlled a hovering ball with his chest through one of his exploitable gaps before blasting a shot at an angle that was valiantly saved by Dean Henderson – one of the game’s other stand-out performers.

Due to Grealish and El Ghazi’s heightened work ethic to track back when not in possession, Davis has a large off-the-ball role as well as the most prominent prong in Dean Smith’s quasi-front three. The promising front-man is tasked with constantly pressing opposition defenders in the attacking third to pounce on defensive errors – a tactic that proved effective in combating the Blades’ trademark overlapping and attacking centre-backs and even created a handful of chances that couldn’t be converted by Villa.

Whilst Keinan Davis might be showing glimpses of what he can do in the Premier League, similar to his semi-regular Championship season under Steve Bruce, the Villains may need all cogs turning in unison and working on the same wavelength to avoid the drop back down to England’s second flight.

So, has Dean Smith found the answer to his gaping void of an attacking threat in his Aston Villa side, or is he just throwing strikers at his magnetic tactical whiteboard to see what sticks? Future games with Keinan Davis at the forefront will tell. But whilst pundits are more occupied with societal issues and the quirks of barren stadiums and elbow bumps, keep a keen eye on this lad at Villa – if you can remember his name.

In other news, Dean Smith’s career-defining stretch at Villa fell short amidst some considerable controversy in B6.