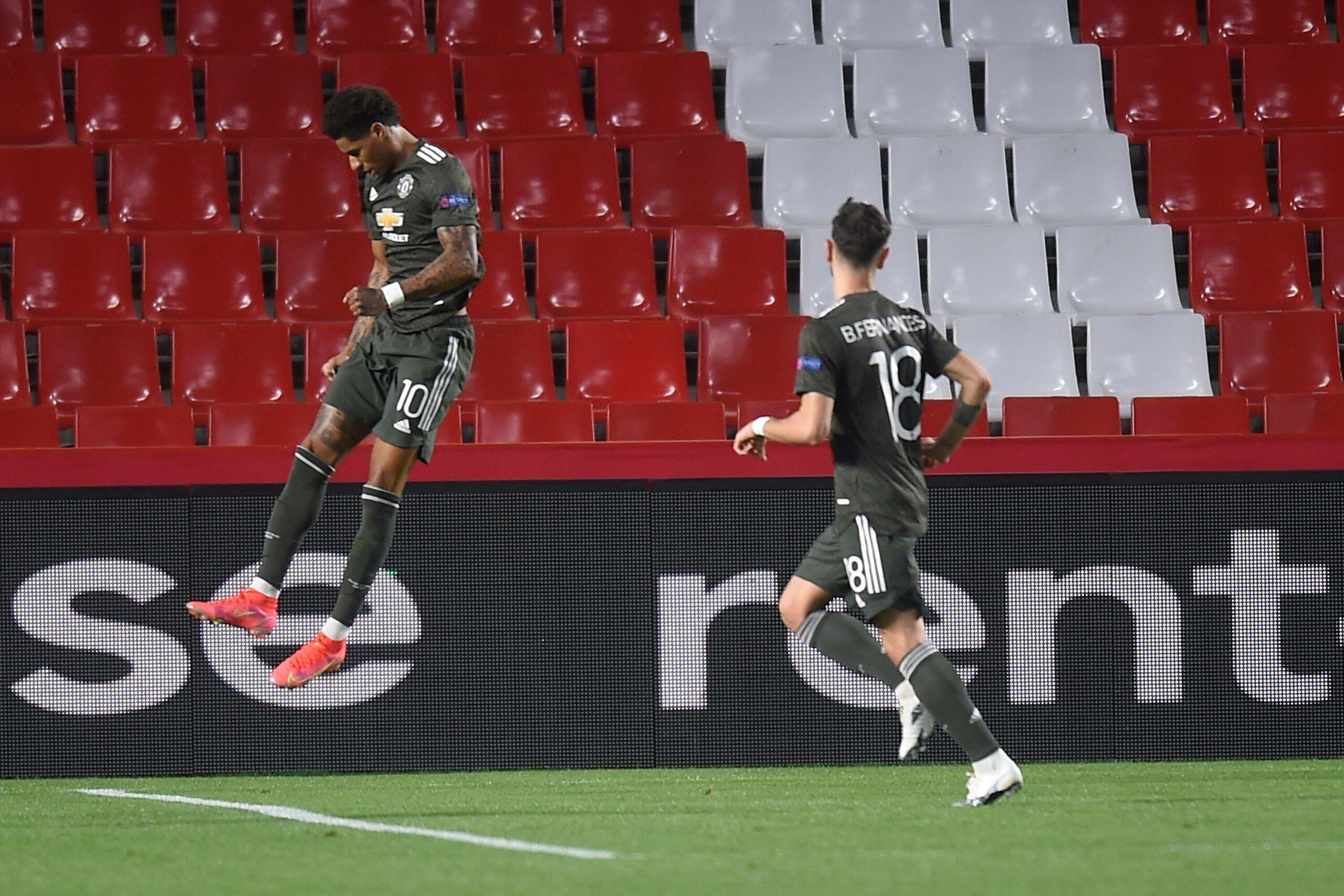 Whilst Bruno Fernandes has taken most of the acclaim since his arrival at Old Trafford, there is now legitimate competition for his status as Man Utd’s most important attacking player.

Marcus Rashford fired his 20th goal of the season in Spain to put his side in prime position to secure a Europa League semi-final place, before a late Fernandes penalty sealed a good night’s work. Fresh from scoring a vital equaliser in the weekend win over Brighton at Old Trafford, the Englishman sent another reminder to Gareth Southgate that he is vital to his nation’s Euro hopes this summer.

Solskjaer’s reliance on his all-action forward was made clear on Thursday night, as the United boss selected an ‘okay-ish’ Rashford from the start in Granada. It became obvious on 31 minutes just why the Norwegian felt the need to risk his winger-come-striker after a week without training due to a foot injury. A beautiful touch and composed finish gave United a highly valuable lead and emphasised the importance of their ever-improving star.

Rashford has now hit the 20 goal mark for the second successive season. Ten goals and nine assists in the Premier League, as well as eight goals in Europe, paint a clear picture of his importance to the Red Devils on all fronts. If United are to secure a Champions League spot, as well as potentially bringing the FA Cup or Europa League back to Old Trafford, they will almost certainly need Rashford to continue his surging form.

In a season that has seen Marcus Rashford MBE make innumerable headlines for his off-field actions, it is on the pitch that he is now turning heads. If he is anywhere close to fitness, he will be one of the first names on the team sheet until the end of the season.