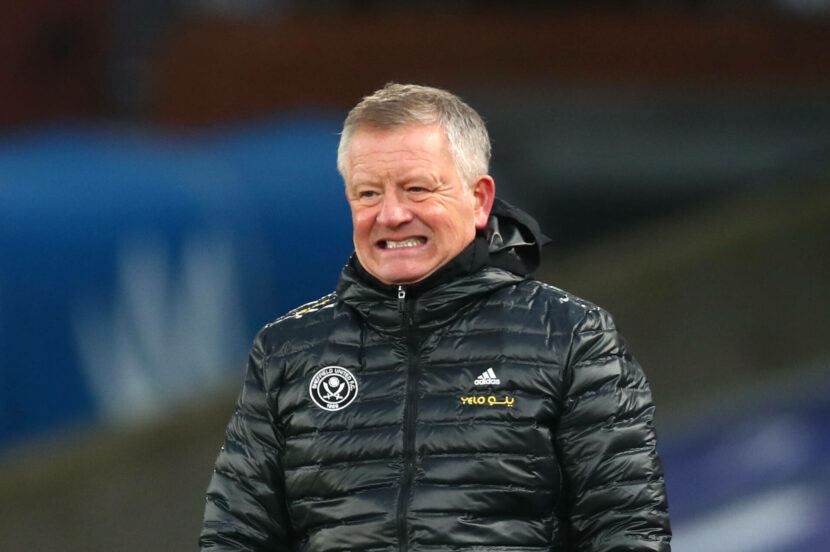 2020/21 has been a dismal season for Sheffield United by all accounts. Performances on the pitch have been dire, club legend Chris Wilder paid for it with his job and the club is doomed to the Championship.

But while Blades fans will hope to write the campaign off and forget about it, the record books may not be so kind. There are in fact two horrible records that Sheffield United could still break.

When considering the worst Premier League sides of all time, Derby County’s 2007/08 is undoubtedly the cream of the crop. The Rams picked up just one win and 11 points, offering little to no resistance as they immediately returned to the Championship.

The record books confirm just how bad they were. Worst goal difference (-69) and most goals conceded in a 38 game season (89) are among other records that Derby side hold, though Sheffield United are in no danger of toppling those those numbers.

Where the Blades are in danger is fewest goals scored (20) and most losses (29). Both of those numbers are the current records held by Derby, though Sunderland (2005/06) and Ipswich Town (1994/95, 42-game season) also jointly hold the record of 29 Premier League losses.

Sheffield United have scored a paltry 17 goals in their 31 games so far. They need three to equal the record, and four to pass it. While those numbers are hardly inconceivable; following their 3-0 loss to Arsenal on Sunday, the Blades have scored only two goals since February 7th – in a run of eight league games.

The other record looks particularly in danger of being broken. No team has ever lost more than 29 Premier League games in a single season and if they want to avoid becoming the first team to do so, Sheffield United must pick up points in three of their last seven games.

To put that into context, the Blades have lost all but SIX games so far! While there appears to be little to play for in terms of survival, the threat of an embarrassing record ensures United’s players still have enough motivation to inject some pride back into the club.