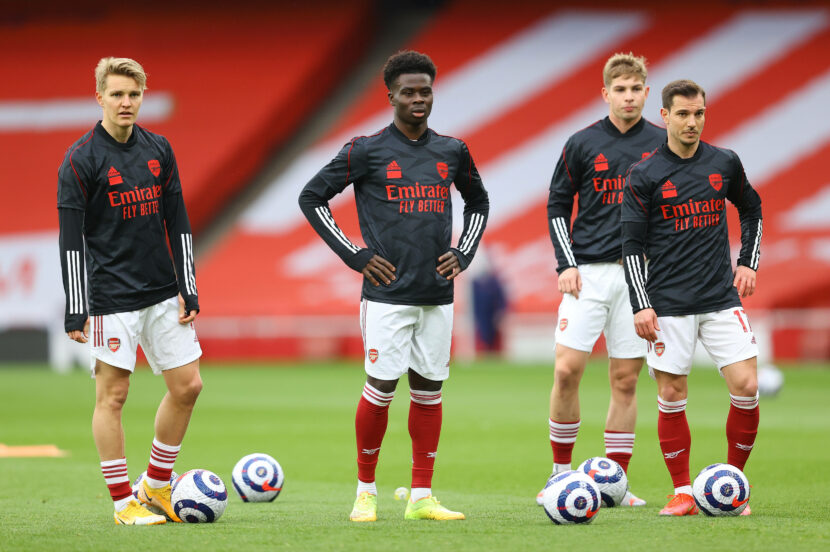 Traditionally Arsenal have thrived when fielding multiple creative midfielders on the pitch. Under Arsene Wenger, it was commonplace to see Mesut Ozil, Santi Cazorla and Aaron Ramsay on the pitch simultaneously, so they could utilise their quick, incisive passing to cut through the opposition defence. After the departures of Wenger, Ramsay and Cazorla, the creative burden fell on just Ozil and the team suffered as a result.

Fast forward to the present and it appears history is repeating itself. The weekend’s game against Tottenham featured Martin Odegaard and Emile Smith-Rowe working in tandem to great effect as they teased and tortured the Tottenham defence with their movement, sharp passing and smart pressing.

The signing of Odegaard prompted concern over the playing time of Smith Rowe, as both preferred playing as no.10 and there was only one such position open in the team. Mikel Arteta has always claimed Odegaard and Smith Rowe can play in the same team, but it is still a significant bonus that they were able to establish an understanding so quickly.

During the game against Tottenham, Odegaard started in the central no.10 position whilst Smith-Rowe was on the left. Both players prefer to impact play in the central areas of the pitch, and the team setup allowed this to happen.

During those moments when Odegaard and Smith Rowe moved into central positions, this opened up space on the flanks for the full-backs (Tierney and Bellerin) to charge forward and affect the play. The intelligent movement of Arsenal’s two playmakers gives the side a natural balance to it as well as opening up other attacking options.

Mikel Arteta demands hard work off the ball from his players and Smith Rowe and Odegaard encapsulate this attitude perfectly. Despite having the technical elegance of Mesut Ozil, Odegaard and Smith Rowe possess an admirable intensity with their off-the-ball pressing, and Tottenham struggled to deal with it.

A perfect example is about 15 minutes into the weekend’s game against Spurs, where Odegaard ferociously pressed Sergio Reguillon of Spurs before the ball broke for Smith Rowe centrally just outside the box. His shot was unlucky to have only hit the crossbar, but it showed the effects of Odegaard’s pressing from the right-central position and how it can benefit Smith Rowe when he moves inside from the left-wing.